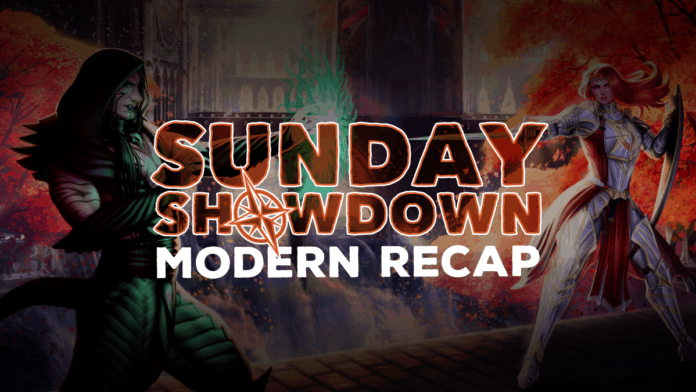 Welcome to another weekly Showdown Recap, where we take a look at what happened at Face to Face Games Toronto’s weekly Sunday Showdown, a series of 1k events feeding into the Ultimate Showdown 5k Invitational. This week players battled in Modern to see who could take down the top prize.

This week on the Showdown Series, one of our weekly Legacy specialists dipped his toes into Modern to take down the event. Boston Schatteman won it all with Blue Moon.

Blue Moon obviously isn’t the king of Modern, but is an interesting way to attack the format in its current form. Thing in the Ice is very well positioned against some of the format’s prominent beat down decks and we all know that Blood Moon can be the great equalizer in this format.

Facing off against Boston in the finals was Showdown stalwart Chris Ha, who personally told me after the match that he left himself a little too suceptible to Blood Moon and was promptly punished.

Tyrell Wildman also returned to our Top 8 after finishing with the same result at two weeks ago with his Amulet Titan deck. Amulet is just a super powerful deck, but can be tricky to pilot. Tyrell is showing that he has the skills to play a deck with this many Demonic Tutors and make the winning decisions.

I’d also like to highlight that there were once again two copies of Bant Spirits in our Top 8. This deck just keeps putting up consistent results and is really proving itself to be one of Modern’s top decks. If you’re planning on playing the Modern LCQ or RPTQ next weekend you better have a plan for this tribal deck, because it is the real deal.

With his win on Sunday, Boston cements his spot in the upcoming Ultimate Showdown and also puts himself in first place on our Showdown leaderboard, while the rest of our Top 8 have begun their march up the leader board to qualify. This upcoming weekend at Face to Face Games Toronto we’ll be hosting our Showdown on Saturday as a Last Chance Qualifier for Sunday’s Regional Pro Tour Qualifier. The LCQ will be Modern and award 1K in prizes as usual along with giving you a shot to qualify for the Pro Tour! Sleeve up your favourite deck, pre-register and come on out! 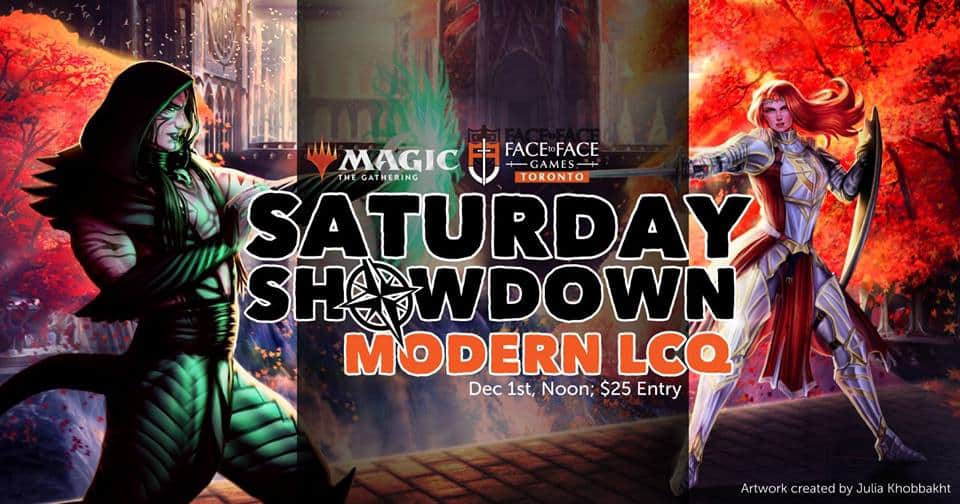