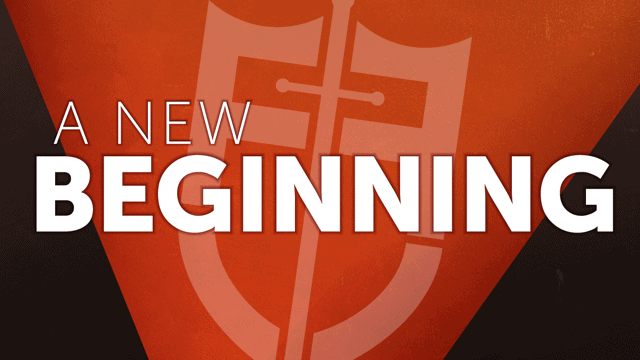 It’s been quite the year for Face to Face Games on the pro circuit.

When the team series first started the competitive landscape looked a lot different then it does right now. There were still these things called “Pro Tours” and we assembled a team of Gold and Platinum pros we thought had immense potential to perform at the game’s highest level during the year. These guys weren’t all the biggest names in the world, but they were hungry and willing to work both on their game play and teamwork, but also what they brought to all of you — their content.

Eli Kassis, Shaheen Soorani, Edgar Magalhaes, Morgan McLaughlin, Gabriel Nassif and Pete Ingram all had their own personal highlights this year — both inside and outside of their play at the table. And we’re proud of the work they did as representatives of Face to Face Games. 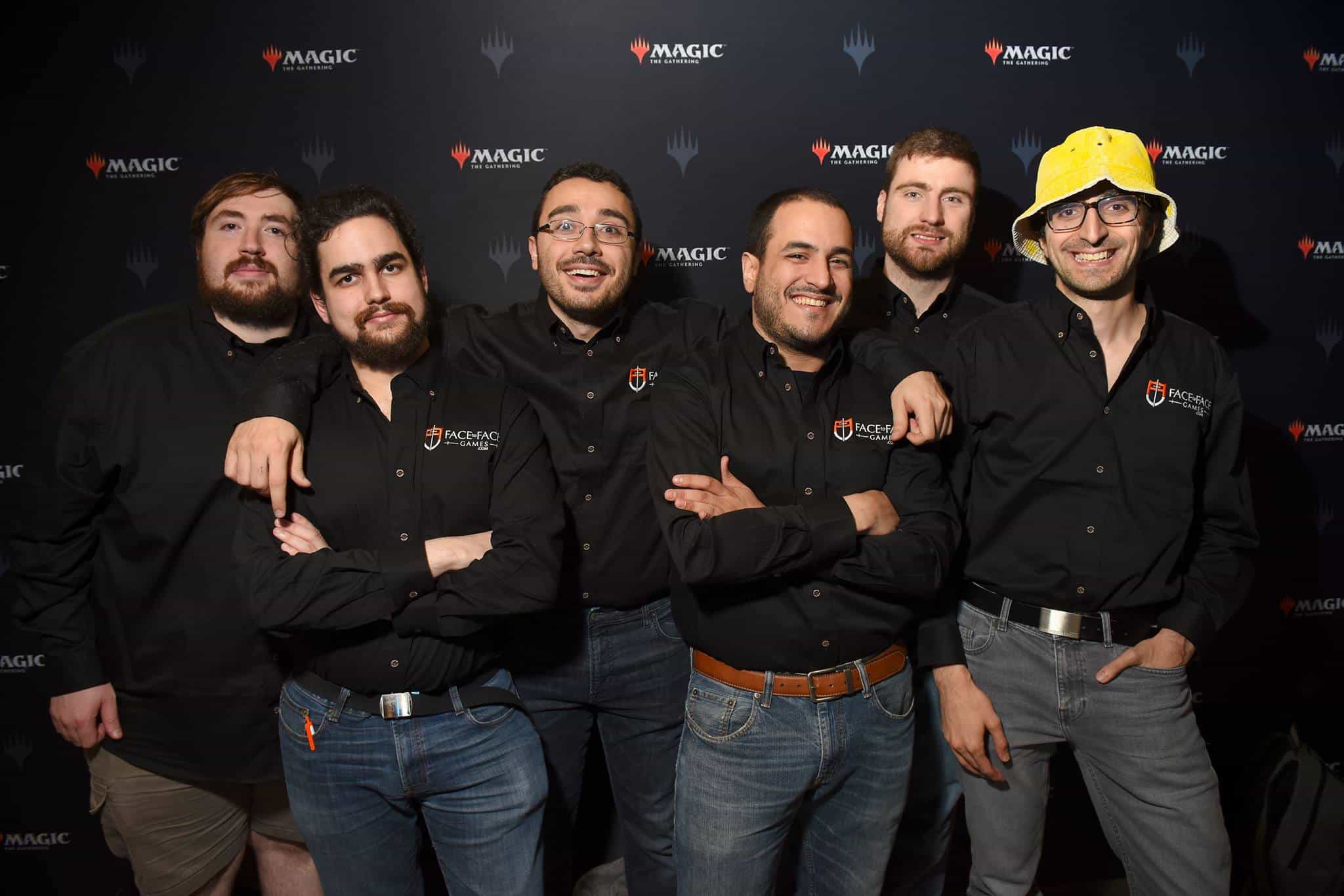 If you’ll allow me to take you on a trip back October of last year, Eli really kicked off the team’s year with his tournament winning performance at Grand Prix New Jersey. In that exact same tournament Edgar Magalhaes also finished just shy of the Top 8 in ninth place. Little did we know at the time that New Jersey would just be the first of three Top 8s for Eli this season which sent him surging into the upper echelon of Grand Prix players.

With Edgar we’ve of course seen a local Canadian player who has come into his own in a big way. He has shown to be a prominent figure in the deckbuilding world, and someone that can master an archetype unlike any other. He’s widely known as one of the most proficient Amulet Titan pilots in the world and has also shown a knack for the Legacy format. He spiked Grand Prix Niagara Falls in Legacy a few months back, with an extremely creative take on Four-Colour Control.

There’s really not much to be said about Nassif, he’s simply one of the best to ever play the game. The Yellow Hat himself served as a veteran presence on the team who in tandem with Shaheen made for an incredible control duo. Over the past year he’s grown into even more of community figure through his stream, and notched yet another Grand Prix Top 8 at GP Lille earlier this year.

Maybe nobody I’ve seen in all of my time playing the game seems to work as hard as Morgan McLaughlin. The guy seems to radiate hard work energy. For Morgan, a big part of his job this year was working hard to build his name. He saw himself as the unknown Platinum pro on the tour and wanted to grow from there. Well, he got to work and started an article series using his math skills and engineering background to run simulations that helped other pros and players understand the brand new London Mulligan rule. This stuff is ground-breaking content for the MTG scene, and we’re proud we got to host it for Morgan.

It was an honour to have the Esper Professor himself on our side this year. Shaheen had a grindy year to say the least. He started out slow and had to rally and Top 8 Grand Prix Tampa Bay with Eli in order to retain his Gold status going into the last couple Mythic Championships. But he stuck true to his guns, played cantrips and control decks to great results and provided great video content so you could learn from the best.

Lastly, we have Pete Ingram, fresh off his stint at Wizards of the Coast as a member of R&D. Pete was a consistent force in the pro scene this year. He played strong decks, played them tight and was a great teammate all year long. Pete also worked to build his content resume all year. He improved immensely as a writer and brought to you some awesome Standard decks at the beginning of new formats as well as starting his very own podcast. 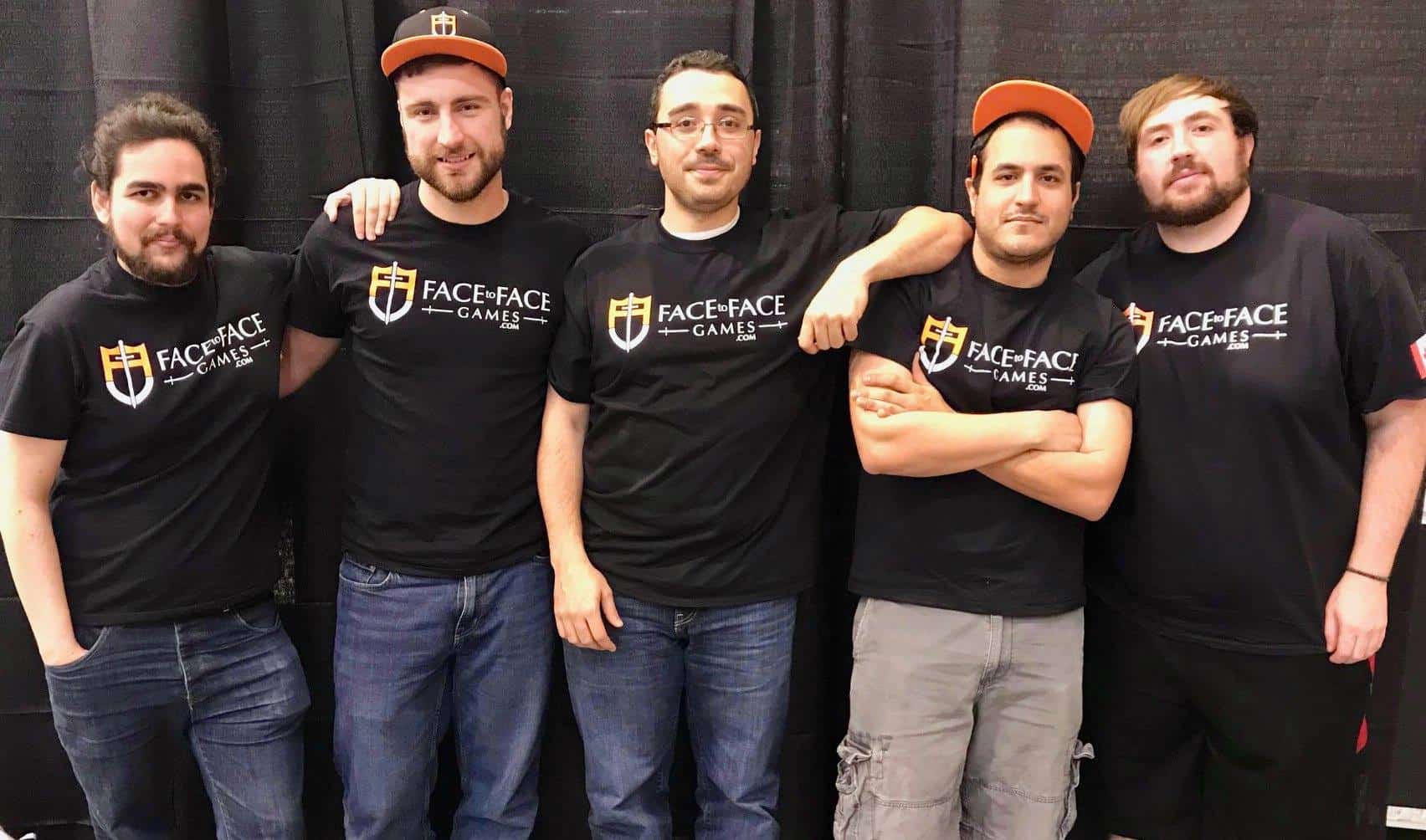 From everyone at Face to Face Games, thank you to these six guys for their hard work all year long and being great ambassadors for the game. Their efforts culminated with an impressive ninth place finish in the Pro Tour team series!

Now, with the team series ending there will obviously no longer be a Team Face to Face Games. But, that doesn’t mean you’ll be saying goodbye to all of these faces, or missing out on their great content.

For me, Magic and content creation go hand in hand. The articles and videos we consume are just as important as the tournaments and the trophies. And that’s an opinion that Face to Face Games shares with me. With the team series ending, we’ll be ramping up our approach to content on this site and will be looking to expand our writers and creators as well as how often you get to enjoy their work.

Familiar faces like Eli, Morgan and Pete in addition to staple writers and podcasters like Daniel Fournier, KYT and Brian David-Marshall will be sticking around to continue to improve their work and bring you all the latest tech, decks, casts and strategy content.

We’ll also be continuing to cover the FacetoFaceGames.com Open Series in even more depth this year. You’ll be getting the same great recaps and photos, but they’ll be paired with player spotlights and additional coverage all year.

But as I said we’d like to expand. So, if you’ve got ideas — competitive or casual, video or written — consider this a call out for you to hop on board. Send me an email at keith.capstick@facetofacegames.com, I am always looking for pitches and ideas that can help the site grow.

It’s been a great year for Face to Face Games and our content, and we’ve got all of you to thank for making that happen. Let’s make this next year even better.