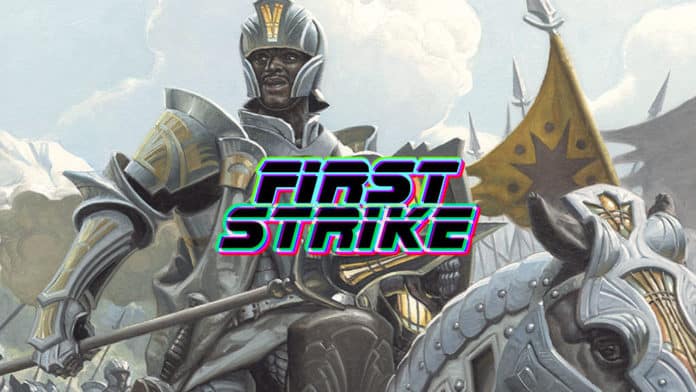 (00:01:32) What was it like playing, and winning, the last Arena Super Cup for KYT? What are the advantages to a tournament played digitally but with the players physically in front of each other?
(00:13:13) Why is Bant Manipulation in Standard a step up from the UG decks? Arboreal Grazer vs Incubation Druid?
(00:24:02) So why did KYT choose White Weenie for the Arena Super Cup Invitational? How does it handle the mono-red matchup? Are the many flavours of UR Phoenix good for Standard now? What decks would everyone play if they had a tournament tomorrow?
(00:35:34) Joined by Gabryel LaPorte, who piloted Gruul Midrange list to 14th at the SCG Invitational. Where did he gets his start with Magic? What put him on Gruul in this Standard? What decks does he hope to face with Gruul?
(00:45:24) What did Gabryel chose Burn for the Modern portion of the Invitational? What does the Finalnumb lab say people should be playing in Modern? Why is the new Hogaak Vengevine deck suddenly doing so well?
(01:00:09) Are there actually any criteria for being invited as a Challenger to the Mythic Arena Championship? Should there be defined criteria?
(01:21:13) Is the Magic Pro League working in its current format? Do people watch these recorded matches? Why is it less interesting to watch players who aren’t face to face?