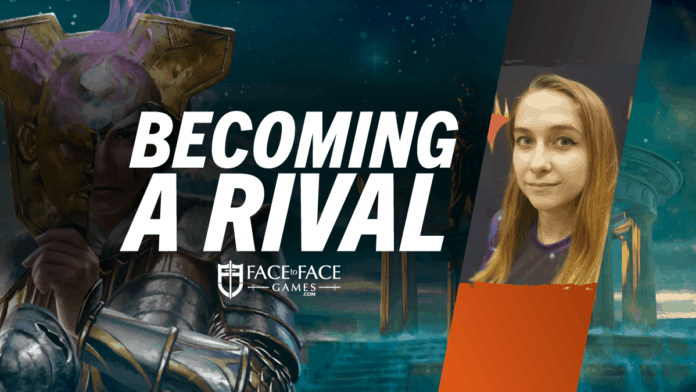 I walked out of 2019 with 24 Mythic Points, and I was honestly unsure about what that even really meant to me.

Last year was a great year for me in Magic, and I achieved things in a short amount of time I thought would take years to accomplish. I walked into 2020 with a year’s worth of competitive Magic knowledge and various new Magic skills, optimistic about continuing to learn and grow as a player. 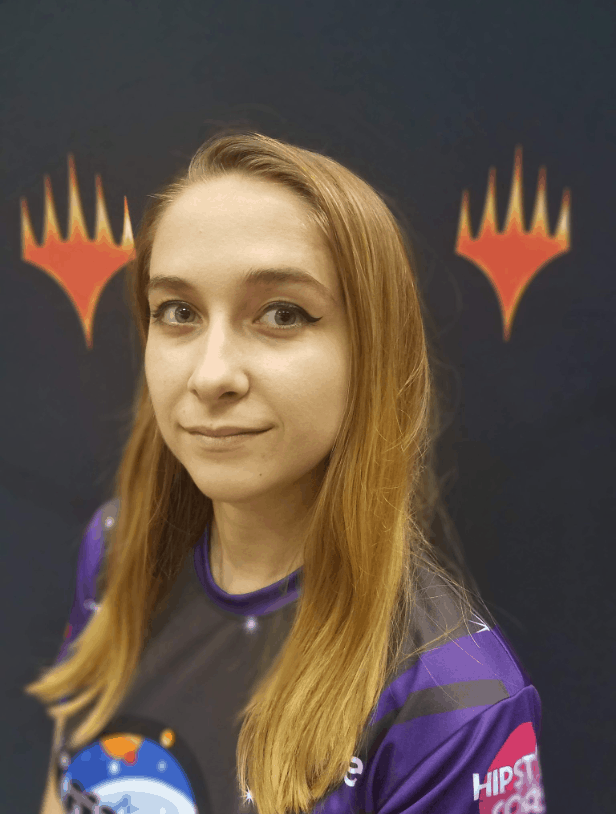 Flash forward to getting invited to join the Rivals League for the 2020 partial season. To be honest, it was something I was hoping for being the woman with the most Mythic Points outside of the MPL, but was never something I expected at all. It’s the kind of news that you want to hear, but don’t have a realization of it’s impact until it happens.

I opened my email right before I left my internship for the day, dropped my phone and suppressed a scream when I saw the invitation.

Last year, my priority was the SCG Tour. I had intended to attend every event again and potentially make a run at the Player’s Championship. But trying to put my all into SCG and the Rivals League would negatively affect my tournament results and other aspects of my life. I’m still in graduate school, have two internships that require 40+ hours a week, and a part-time job. All of this on top of playing Magic and now the Rivals League.

You could say I’m busy, but I’m a busy person who got invited to Rivals and wants to chase her dreams of becoming a professional Magic player. So my goals have shifted from SCG to PTs and Arena tournaments.

This is obviously a bittersweet feeling, but something I think is necessary for me to give everything I have to this new opportunity.

While writing this article, the thought “what does Rivals mean to you?” kept circling around in my head. What does Rivals mean to me? All of last year no matter how hard I was working there was no way to predict this would happen, simply because I never thought I could achieve it. I’ve had only one or two women to ever look up to while competing — and to be honest, I thought I would get driven out of this game before I ever had any success.

So to me, Rivals is everything. It’s my chance to show the world women can play at the highest levels of Magic. It’s my dream to spend my time and have the chance of doing something I love every day. It’s getting to travel the country with my friends, meet new people, grow in Magic and as a person. Rivals is my chance to try to prove to myself that I belong in this community. 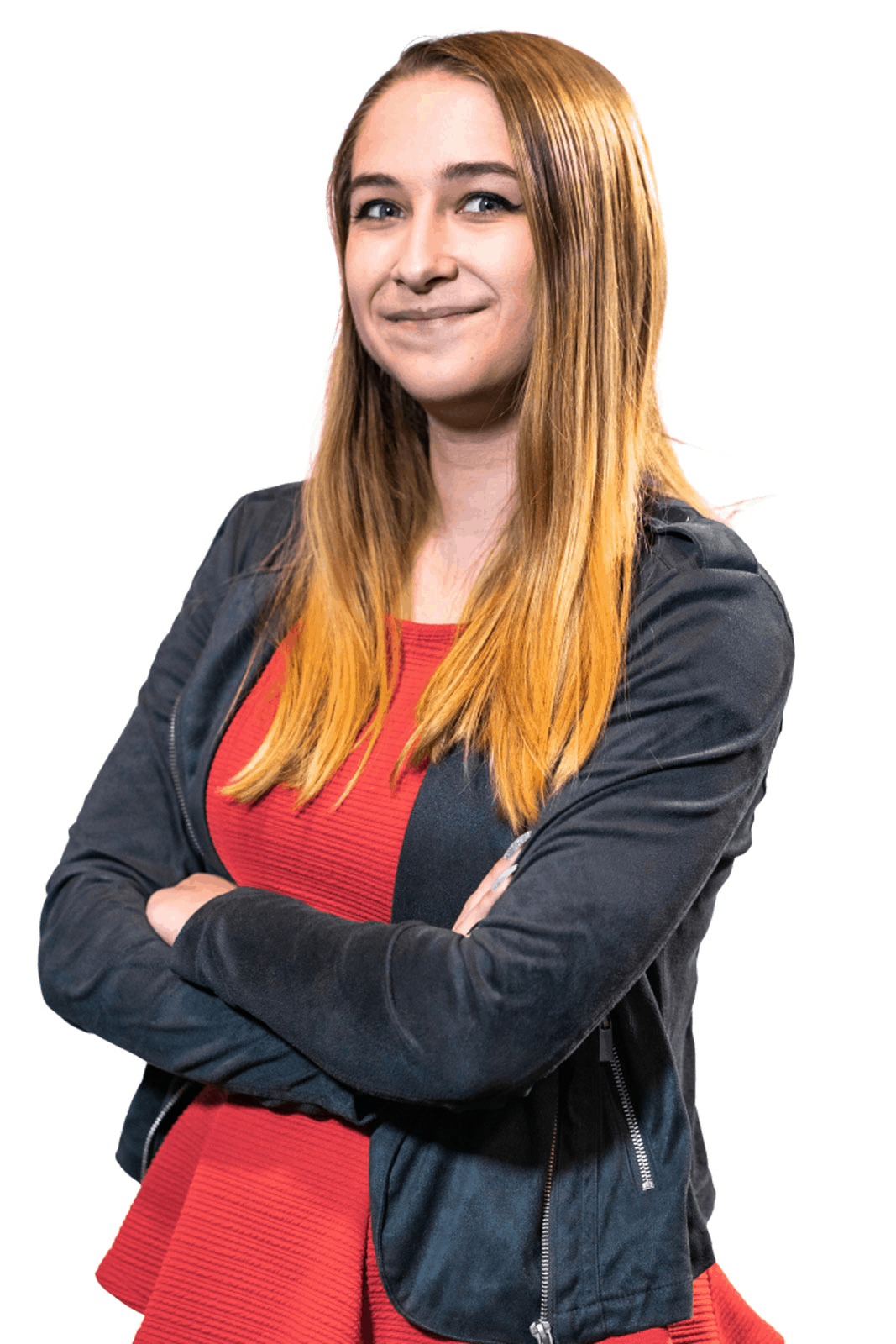 Naturally, there was push back against discretionary invites — which was a grab-bag of legitimate structural critiques, “what-about-me-isms” and outright sexism. The goal for discretionary invites was to provide an opportunity to compete at a high level for groups of people who do not get that opportunity due to systemic issues or otherwise. Maybe I’m only here because I got an invite to MCVII off the back of a Grand Prix Top 4, but I took the opportunity planning to do my best. I’m not here to prove myself to anyone else. I know what I’ve accomplished in this past year and what I still need to work on. I’m here to compete, learn, and grow at every moment and my drive keeps pushing me forward.

I can pretend none of the comments about the invites affected me — and in some aspects that’s true. I don’t care about the negativity from people I don’t know or obvious troll accounts. What did hurt was various reactions from people I considered friends, whether that be jealousy, implying or blatantly saying I didn’t deserve it, or even not giving up a simple “congrats” got to me a bit. It’s hard achieving things you’ve wanted for so long and having the people you care about most not bat an eye. We can follow platitudes and advice of “they aren’t good friends” or “their opinions don’t really matter,” which might be true, but it still hurt.

However, no matter how much negativity there is in the world, there is double the amount of positivity. The amount of people supporting me, looking up to me, and caring about me is overwhelming. I’m always up for a challenge, and the immense amount of love and support in my life makes anything possible.

There’s a lot of legitimacy to the claims of “criticizing the system not the players,” but the players still have feelings. So all I can do is make the absolute most of position I’ve been put in, and prove that I belong.

Being a part of a new system in its early development has it’s own challenges as well. Everything is in its first iteration, and the systems might change and develop throughout time as the MPL and Rivals leagues progress. A fear I have is being kicked out of Rivals after the partial season without having the chance to truly compete for a whole season. On top of that, I can feel the pressure from myself and others to perform well in a handful of events. I’ve spiked a couple events last year, but I’m nervous about replicating those successes.

Breaking down the two point structures, we see a tabletop and an Arena avenue to earn points. Tabletop and Players Points correlate with Regional Players Tours and Players Tour Finals, while Arena and Mythic Points correlate with Mythic Invitationals, Mythic Qualifiers and Mythic Point Challenges. With one Mythic Qualifier and one Mythic Point in the books, I am feeling more confident in the Arena side of things. PT Phoenix did not go as I had hoped, and I definitely need to focus more on the Limited aspect of the tournament more for the next one.

In that first Mythic Qualifier of the year, I played a Jund Sacrifice list from Emma Handy and managed to dodge Jeskai Fires until the sixth and seventh matches. 5-2 and out, but good enough to score a spot on the Rivals scoreboard with one Mythic Point.

I think the PT didn’t go as well as I’d hoped due to my split preparation. I was also preparing for SCG Richmond the week before, I spent a majority of my time testing Pioneer. Going into the PT, I felt fairly confident with Bant Spirits — I had been consistently beating Inverter, Lotus Breech and Sultai Delirium. These were the three decks I came to beat. Unfortunately my Pioneer portion was ended by Mono-Red Aggro — the only top deck I didn’t want to see across the table from me.

Another rough aspect of the PT was the draft rounds. My deck was fine, but after thinking about the draft for a couple days I have identified the point in which I should have pivoted from Dimir to Rakdos, and I think I would’ve seen more success if I had identified this during the draft. I am happy that I have grown to the point I am even able to identify that at all. I only learned how to draft right before MCVI. Now that I feel like I can identify something like that, the next step is to make it happen when the pressure’s on.

I’m still going to try to make it to every SCG event that I can and utilize my bye that I earned last year. On top of that, I am finding time to compete in every Mythic Qualifier and Point Challenge, as well as the first Mythic Invitational in May. The second Players Tour is also in May, and you will likely see me in Charlotte — unless I make bad decisions and attend PT Copenhagen. You might see me at a few GPs as well, so far planning on GP Seattle, GP Vegas and GP Minneapolis.

If any of you know me, or have read some of my other articles, you know I liked to set a lot of goals in case I don’t hit my biggest goal. Results-oriented goals can be tricky, especially when you add an aspect of something high variance like Magic to it, therefore I like to add non-results-oriented goals as well. Here are some of my goals for the partial season: