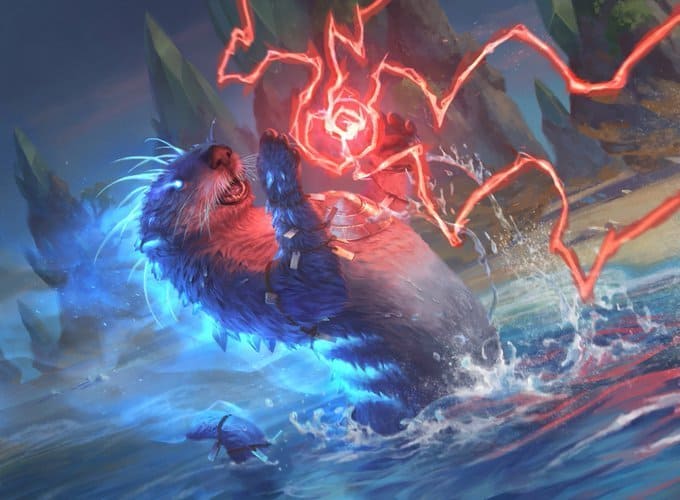 Elder Dragon Highlander as it was originally called or Commander as it’s more commonly known has been around for some time. Known primarily as a casual format. Each player would start with a 99-card deck and one card off to the side known as their Commander. The Commander could be cast from exile, but each time it died, the owner had the option of returning it to the “Command Zone” or letting it go where it was sent. If returned to the Command Zone, it could continue to be recast but at an additional cost of two mana per return. The drawback was that every card in the pilot’s deck could only contain cards of a matching color to their Commander.

The popularity of the format revitalized many brick and mortar stores. Changing the value of many cards across the board. It would soon start to create enough desire that Wizards of the Coast would start printing Commander sets just to keep up with the demand. Likely in an effort to bridge the gap from Casual to Competitive. Wizards has now brought an element of Commander into competitive tournament play. The keyword has been called Companion.

A Companion is a card like any other card. It can begin in the deck or in the sideboard. If in the sideboard, you may reveal a companion at the start of the game. This allows you to play as though the Companion were in your hand, but obviously does not count towards the seven-card hand rule. Companions come with a deck restriction in order to be Companions. For instance, Zirda, the Dawnwaker says that every permanent in your deck must have an activated ability. That is especially tricky as cards like Urborg, Tomb of Yawgmoth can be confusing in this regard. Lurrus of the Dream-Den on the other hand is more straight forward, where every permanent card in the deck must have a starting casting cost of 2 or less.

Unlike in Commander, there is no special rules for treating Companions once they’ve been dispatched. This is likely meant to limit their power levels. However, in eternal formats we can easily see some of these Companions being “Broken” (Slang term to describe overpowered). Decks like Neoform, Amulet, and Breach are already fast in Modern. They can now gain an additional few points in the consistency column at almost no cost.

Just because a casual element has been brought into a world of competitive magic there’s no excuse not to get creative. When you’ve utilized your cards within the rules, but as far from the norm as possible, you may find you’ve gained some competitive edge. For instance, with Companion, you may have more than one in your sideboard. Provided you meet both deck restrictions, at the start of games two or three. You may reveal a different Companion to throw off the sideboarding of your opponent. Having a deck that converts from one strategy to another post board has been a time-honored strategy in many formats. We have seen a decline in the ability to perform such tasks of late, but it tends to gain many advantages when unexpected.

It will take a while for many to get used to Companions. Luckily the online program (Arena or MTGO) will help people sort out the rules quickly and efficiently. One thing is for certain, Ikoria is a game changer. New mechanics that revolutionize the game from this point forward. We can expect 2020 to be much similar to what 2019 brought to the table.

2019 offered up a whole new power level of cards that said to heck with the fears of a power creep. Power creep is the thought that over time the power level of cards would continually rise and make older cards more obsolete. At some point the fear was they would become so overpowered that the game would no longer be fun. While 2019 introduced a sweep of 3 mana planeswalkers with static abilities. 2020 has basically given us the ability to start with a hand of 8 cards.

There will always be a slew of opinions on changes to the game. I remember getting quite upset as damage on the stack was removed from the game. Along with-it mana burn, but I recall not minding that one as much being a life-long Mana Drain player. Ultimately these changes are given many considerations and deemed to be better for the longevity of the game.

Change isn’t often liked at first, but the people will adapt and come to even like it I believe. I’m most excited for the myriad deck building tools Ikoria has already given us. I plan to go to the Deck Design station and hit it hard. The Companion abilities allow for many combo-oriented deck designs. Such as Zirda, the Dawnwaker and Grim Monolith. The untap becomes a cost of two and Grim Monolith taps for three. Essentially generating an infinite amount of mana.

There are those that are concerned for the integrity of the game. Cheating has unfortunately been a part of magic for much of its history. People would ask how can we be sure our opponent’s decks are adhering to the companion’s restrictions. I would suggest a few things;

1. Cheating is poor EV (Expected Value). Even to those that engage in it, they’re often discovered and the reward does not tend to equal the punishment.

2. Allowing for opportunities often allows for cheaters to be caught and removed, this may benefit the magic community in the long run. Similar to removing weeds from a garden.

3. It’s pretty awkward when someone draws a card that violates a rule. The fear of being caught and punished will likely encourage many people to make the smart decision. Calling a judge over and self-indicating their mistake. Enhancing integrity and teaching responsible tournament gaming to others.

Cheating is the ugly side of magic, let’s all agree to fight fair. I want to hop on the Twitter verse and see a myriad of decks being designed out of these new cards. Both old decks being upgraded, but also new ideas being implemented. That is what I always imagined Richard Garfield had in mind when he set about putting us all on this strange adventure.

That’s all for this week, but be sure and stop by the site next week for another fun article. I imagine it’ll be a deck brewing article for sure. Although who knows, you’ll have to stop by and read it to know for sure! (or follow my stream is Twitch.tv/EliKassis 😉)