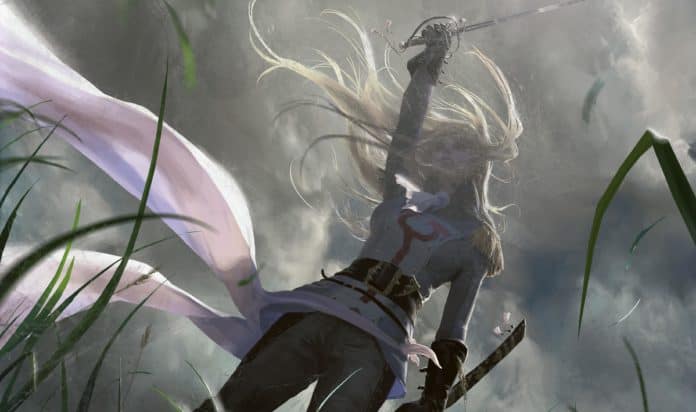 Magic is supposed to be fun. But every so often we bump into a deck that makes us question whether or not that’s true. Today we are going to talk about a type of deck that has developed quite a reputation around casual tables: Stax.

Stax is a dirty word in many playgroups as its very nature kicks sand in the face of the founding principles of EDH as a format. It isn’t fun, it isn’t interactive, it isn’t creative, it makes games slow to a crawl and everyone hates it.

But is that true?

Does Stax deserve the reputation it has? The open loathing? The cantankerous butthurtness?!

Some people say that Stax has no place at a casual table, that it is too oppressive to be fun and it should be left to wear its hockey mask out in the woods near the summer camp where it can only hurt people who are unlucky enough to get too close to it. Are they right?

Stax is a perfectly viable control strategy that focuses on the denial of resources rather than the countering of spells or the removal of creatures and permanents and if built properly it can lead to some very interesting games! The key is how you approach it. This isn’t a conversation about rule 0. If you want to read about rule 0, Ryan has a great article right here on facetofacegames.com. Playing Stax is about building it properly and playing it right. It’s about walking just far enough down the primrose path that the games are still great and your playgroup doesn’t band together to toss you into the lake of the dead.

So, you wanna build a Stax deck?

Welcome to Scumbag Island, where people are fed up with being turned inside out by infinite combos or being filleted into quivering sushi by an unending swarm of slivers or goblins or myr tokens. The game needs to slow down! It needs some order! Some damn civility!

But counterspells are so last season.

What kind of self-respecting slimeball wants to counter one thing when they can stop everyone from doing anything? This is where Stax comes in, it allows you to control the flow of a game by throwing up roadblocks that make it harder for them to play the game. These can include creatures or effects like Aura of Silence or Thalia, Guardian of Thraben that make stuff cost more, many things like Magus of the Tabernacle or Aura Flux that create a taxing effect on stuff your opponents have already played, thereby limiting what they can play as the game goes along. It can go all the way down to playing resource denial cards like Static Orb or Back to Basics to cut off access to those hard-earned resources.
The key to being an effective Stax builder and pilot is commitment.

Nothing will get you beat up, driven to the edge of town and abandoned in a ditch with no shoes like an unfocused Stax deck. Commit! 100%. Pick what aspect of the game that you want to interact with and go after it. Make their Force of Wills cost 25! Make them tap their lands so hard and so often they strike oil! No mercy!

This isn’t to be a jerk or suck the fun out of the game, it’s because sometimes people will build a suboptimal deck so that it fits in with their group meta. This doesn’t work with Stax. You can’t pick a few pieces and expect it to do anything but prove all the haters right. Go all-in on the taxes if that’s the route you are taking. If you have degenerated to the point that you want to deny people their mana, then do that. Half measures are the worst thing you can include in a deck like this. Everyone is going to hate it regardless, just lean into it. Don’t be chicken. If you have a deck that is focused and has a purpose, the people who you play against will appreciate it and it will give them an axis along which they can interact with your deck. That doesn’t mean you have to leave an uncovered, six-foot thermal exhaust port on the side of your deck, it just means that when the deck has a clear and defined strategy people know what they are playing against. Plus, when you build your deck right and don’t just fill it up with random stuff it leaves you space to do the most important thing a Stax deck has to do to be legit: break parity and win the game.

Stopping your opponents from doing their thing isn’t enough. You can’t just create a situation where the game isn’t going anywhere and then just sit there, grinning like an idiot while your friends pull their teeth out, trying to kill you so the game can finish. Rage-scoops aren’t the goal here. You want real wins.

For that, you need a compact win condition and a way to find it. That means tutors, protection, recursion, and all that other nasty stuff. On Commander Cookout we try to avoid tutors as they typically lead to decks playing the same every time but if you are going to play Stax, you need that stability and consistency. You need to be able to demonstrate to your group that you aren’t just effing with them for kicks and can win the game through all the bullcrap. Pick your combo, make sure you can play it in spite of your deck and don’t make it some kinda durtley, 6 card mess.

Just like a visit to the dentist, without the killing part. Keep it simple.
All that might sound horrific. You don’t want to put your pals through all that! How can Stax be not a total horror show if by its nature you have to not cut corners when building it?

It is all in what you are Stax-ing.

My personal Stax deck is fairly underpowered and focuses on forcing parity on my opponents. It stops opponents from searching libraries for extra lands (Ashiok, Dream Render) and turns their artifact ramp off with cards like Collector Ouphe and Karn, the Great Creator. Then finishes off games by beating ass with an unopposed Parhelion II or by Painter’s Grindstone-ing people into dust. The point is: the deck puts the breaks on my opponent’s ability to accelerate while powering out big threats of my own. My opponents are still playing Magic, they are interacting with the game and thus we are all having fun. I picked an axis and I attacked it, I have a clear path to victory and a focused plan on how to get there.

If I wanted to ratchet up the power level, I would focus on denying my opponents access to their resources in addition to slowing down their acquisition. This is where the Static and Winter Orbs would come into play. If I wanted to be a real buzzkill, I could really amp up the scumbaggery and play Armageddon or another mass land destruction effect, but because I want to keep the deck as an interesting maze for my opponents to find their way through, I haven’t constructed the deck to outright deny my opponents the ability to interact with me I have just made it difficult.

My deck is not the be-all and end-all of Stax decks, but it is an example of a type of deck that has widely been shunned that has been accepted in a wider playgroup. It isn’t that bad to play against and rarely does it achieve a total lock of the table. It has happened but it’s rare. What I am trying to impress here is that if you are going to play Stax, play freakin Stax. Don’t apologize for it but don’t be a jerk about it! All decks have a place in our format and there is no reason to be afraid to try something just because you are worried people won’t like it. Just remember that there are people who won’t want to play against it and that is okay too.

So, your jerk bag friend built a Stax deck…

Step one: kick them out of your playgroup.
Step two: delete them on all social media.
Step three: pretend you don’t know them when you pass them on the street and talk smack about them to everyone.

Take a breath. Relax. Realize they aren’t a monster and they aren’t trying to ruin your fun OR steal your money. Playing against Stax isn’t as awful as the internet memes would have you believe. It has a reputation as this awful pair of cement shoes that takes down every game it’s in, but it’s unwarranted.

The way EDH has evolved, it needs Stax to keep it honest.

In a world where Urza and Meren set up insane value engines that are very difficult to disrupt, the game needs a deck that can choke the life out of those blazing fast decks and show them that reality is a harsh and unyielding mistress. Sometimes the rest of us just happen to get caught in the wake.

Playing against a Stax deck can actually be rewarding and super-duper fun if you approach it the right way and you have the right stuff in your deck, the good news is that you probably have the stuff there already!

If you look at a typical Stax deck you’re going to find that most of the common pieces are artifacts or enchantments and you have answers for those in your decks…right? Grip? Force of Vigor? Generous Gift? Naturalize?! Every deck should have a few ways to deal with problematic artifacts and enchantments and for that reason, every deck should be able to deal with Stax and remember: you’re going to have one or two new friends to help you out when things get really tough! So don’t give in to despair and don’t quit!

But let’s not be too hasty. A Stax player in the right circumstances can be very handy for us. If you have the right cards in hand the oppressive environment a Stax deck creates can be an ideal environment to sit in the weeds and bide your time so that you can bushwhack some poor sucker and steal a win you had no business getting. It is all in how you approach things!

Stax doesn’t ruin games, it only changes them into something else and how we react to that something else is what is going to decide whether we have fun playing the game we love or give in to fear and allow the Boogeyman to have power in our lives. Are you going to let that long-nosed, white-faced, blue-haired, short-legged jerk control you?

Be brave! Don’t let a big reputation take away your chance to sink your teeth into a new way to play the game. Whether you’re driving the Stax train or are tied to the tracks, it can still be interesting and it’s lots of fun to try new things and as the game evolves we have to accept that we can’t keep dodging Stax and decks like it forever. We have to let go of hate and fear and embrace change! Don’t shun the Stax player. Embrace them. Invite them into your circle and be glad for their presence, because as long as they’re at the table playing with you, they aren’t out in the parking lot stealing the rims off your car! And if you are curious about playing Stax, don’t worry about what people will think and approach it the same way you should approach everything in your life: with focus and creativity and whilst not being a jerk about it.

Play what you like! Be honest with your playgroup and yourself and more than any of that: have fun, and always Stax responsibly.

See you next time!