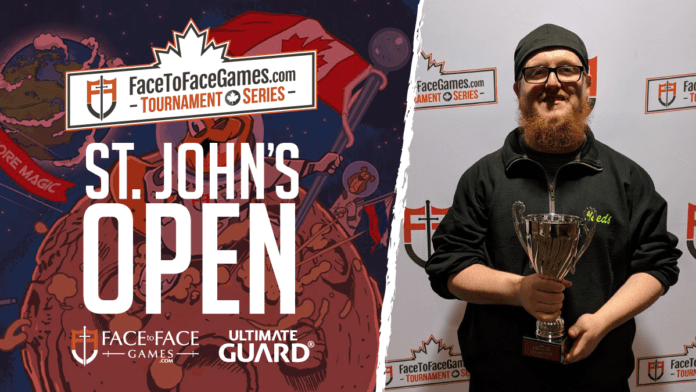 There’s been quite the roar lately from the Magic community about the legality of Ancient Stirrings and Faithless Looting in Modern. And when the FacetoFaceGames.com Open Series landed in St. John’s Newfoundland this past Saturday the results only added fuel to that fire.

That said, our winner — Dylan Woolridge — was one of our loan stand outs as he triumphed over the powerful cantrips with his Eldrazi Stompy deck.

Woolridge’s deck has seen a resurgence in popularity as of late due to its ability to play an inherently proactive game while also getting to play some effective interaction elements in Chalice of the Void and Thought-Knot Seer. Chalice in particular works to thwart the Izzet Phoenix deck that has been running rampant over the format lately.

Woolridge defeated Stephen Whelan and his Mono-Green Tron deck in the Finals. Whelan was one of three Tron players that made it to the elimination rounds on Saturday. There was also one copy of Burn, a lone Izzet Phoenix player, a copy of Dredge and Logan Brenton playing his spicy Naya Zoo deck.

As you may have noticed, those two cards I mentioned off the top are present in a full six out of the eight decks that made the elimination rounds on Saturday. Notably, Stirrings in particular powered up all three of our Tron players’ decks.

There’s certainly something to be said about the relative power level of these cards, but both Woolridge and Brenton showed us that they are beatable given the right kind of preparation and a little luck.

The real story on the day was our awesome judge staff. There were 69 players on at the venue battling in the main event and more playing sides. There were only three judges on staff and they managed to run an impeccable main event, side Drafts, Commander pods and Legacy Constructed pods. These guys were heros. 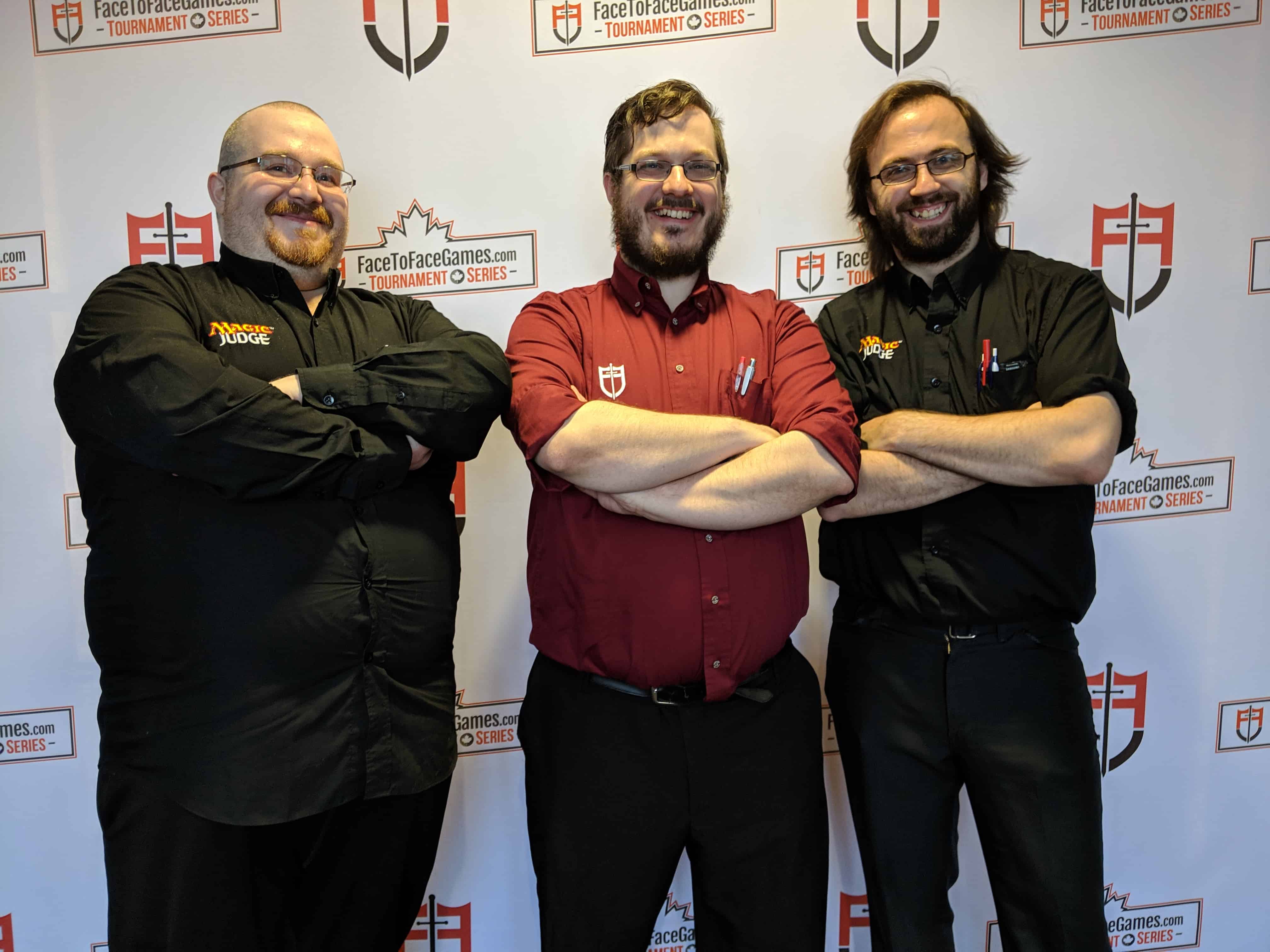 Congratulations again to our champion Dylan Woolridge from everyone at Face to Face Games! Additionally, we’d like to extend our thanks to our Open Series sponsor — Ultimate Guard — who hooked up everyone in the Top 8 with some awesome swag. The next stop on the series is coming up in Barrie, Ontario this coming Saturday March 23 where we’ll be hosting a Modern Open. Make sure to get your testing in, pre-register and we’ll see you there! 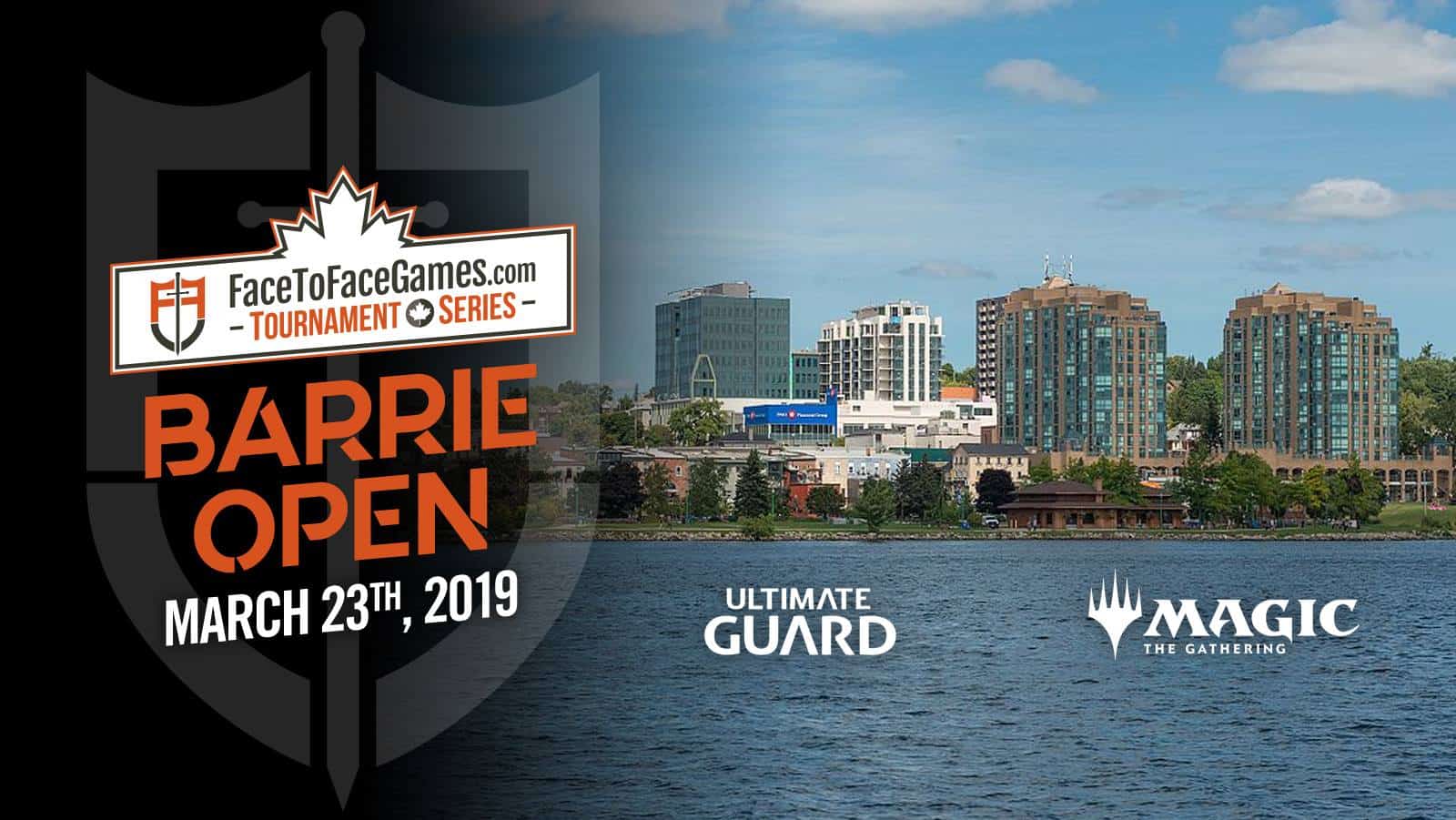