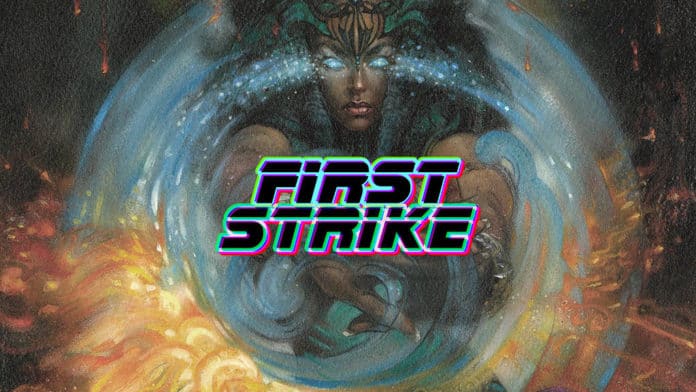 KYT, Elliot, Derek, Andy, and Jonathan meet up to make predictions for the impact of the London Mulligan on Modern, and which cards they want to see reprinted in Modern Horizons.

(00:01:59) What are the first takes on the proposed London Mulligan rule? Should players be strategizing to maximize the new mulligan? Any broken predictions for Modern decks? Why is Jonathan high on Chalice of the Void decks? Which Modern decks do Jonathan and Andy recommend for Magic Fest Calgary at the end of March? Is there any reason not to play Izzet Phoenix? What did Elliot play in the Syracuse Legacy SCG Open?
(00:16:45) How excited is everyone for Modern Horizons?
(00:22:54) Standard Regional MCQ this Sunday filled up so fast, it is awarding 10 slots. Which deck will Andy play in that event? Why has Esper Control gotten better since the last Mythic Championship? Is it suprising that Sultai had a poor win rate overall at the MC?
(00:32:19) The MTGArena Mythic Top 8 from February have been announced, are there any surprises? How much of an improvement is the new top 1000 Mythic PTQ that has been announced?
(00:40:13) Which cards does the cast want to see reprinted in Modern Horizons? Can Force of Will be reprinted into Modern? Would it warp the format around it?