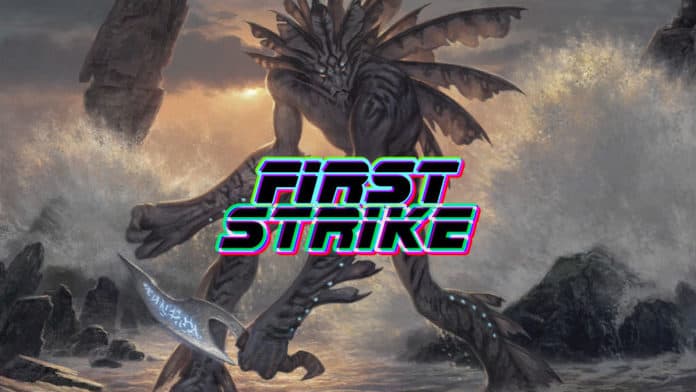 KYT, Elliot, and Jonathan are joined by Magic Fest Niagara Falls champion Daniel Goetschel, to look at his winning Stoneblade Legacy deck and his path through the top 8. The crew then chat with Travis Somerville, author of the ground-breaking MTG Xray deck design app for PC.

(00:03:25) Why did Daniel pick Stoneblade for the Magic Fest, and how did he prepare? Why is it good against Chalice decks? Why does Daniel feel Tormod’s Crypt is more powerful than Surgical Extraction?
(00:21:57) How did Daniel’s top 8 matches go? What were some of the key plays in each matchup?
(00:32:17) What would Daniel play in Modern if he were playing this weekend at the Mythic Championship?
(00:45:53) How was Elliot’s weekend in Niagara? Why did he play Death’s Shadow in the Sunday Legacy PTQ, and is it like Modern Death’s Shadow?
(00:49:57) Win predictions for MC London? How much difference will open decklists make in deck choice?
(00:57:37) What is the MTG Xray app? What is it good at, and what is it bad at?