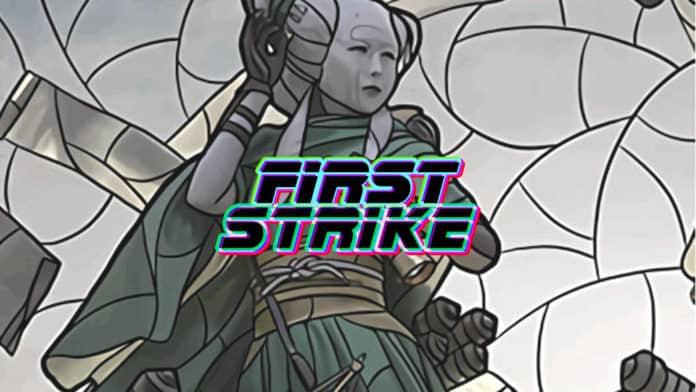 KYT, Derek, Elliot, and Andy get together to look at the stories and surprises from Mythic Championship London, and predict their top 5 constructed cards from War of the Spark.

(00:01:00) How was testing with Team F2F for Derek? What would he change for his next Mythic Championship?
(00:07:52) Was the metagame as expected? What kind of impact did the London mulligan actually have on the meta?
(00:16:30) What happened to earn Derek a match loss from a judge at the Mythic Championship??! Why it was so exciting to see Alex Hayne make top 8?
(00:28:29) What happened to disqualify Yuuya Watanabe? What benefit was there to marking cards? What were the reactions at the Mythic Championship?
(00:43:51) Predictions for War of the Spark top 5 constructed cards. Who won the Ravnica Allegiance top 5 predictions?
Andy: Blast Zone, Gideon Blackblade, Dovin’s Veto, Liliana, Dreadhorde General, Saheeli, Sublime Artificer