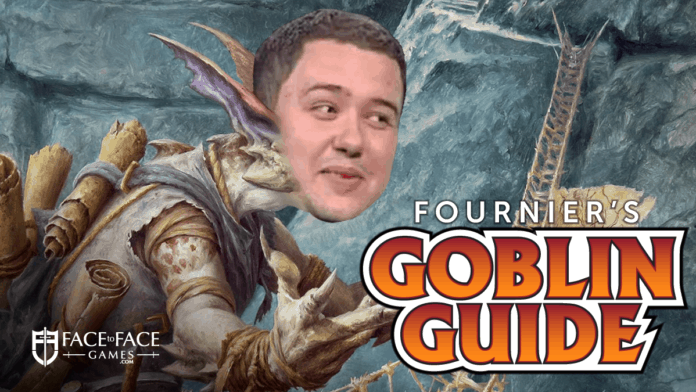 Alright, let’s do something different this week. Normally, I’d be chatting about the metagame and dropping some lists for you filthy n*tdeckers to copy, but I kind of covered all of that in yesterday’s article about the Pioneer and Modern decks I’d have played this weekend were I well enough to make my way down to Roanoke.

If you’re a poor soul stuck playing Standard before Monday’s banlist update, well, I can break down Standard in a single sentence. If you’re, say, playing an MCQ where you feel the metagame will be developed, and players will be trying hard to win, then you should play the Sultai Cat deck, while if you think you’re gonna play against a random field of non-Oko pet decks, then you should play some boring stock Oko deck, be it Sultai or Simic.

Back to the topic at hand. I mentioned briefly in yesterday’s article that my time at the ol’ Mythic Championship in Richmond last weekend was downright miserable thanks largely to factors out of my control. I had a viral infection, I could barely talk, couldn’t hear out of one ear and every game of Standard was absolute garbage. Yeah sure, I could’ve prepared more for draft, but that really wasn’t the deciding factor here. I felt awful and everything I was doing felt awful. However, it could have been much worse had I not quickly come to terms with this and established a series of coping mechanisms to lessen the blow of a Magic weekend gone wrong. I’m proud of myself for managing to do this, to take a step back from my emotions gone wrong and plot out a path forward, so I’d like to share a couple heuristics for salvaging a tournament.

This can be pretty broad — are you just tilted off the face of the earth because you’re 0-2 to mana variance, or are there external variables wreaking havoc on your emotional state? It’s much easier to handle tournament-related frustration when it’s isolated from other extenuating problems, but it can be dangerous to simply compartmentalize all of your feelings. I’m no therapist, so take everything I say about this stuff with a grain of salt, but I’ve definitely been around the block as a depressed Magic player losing at tournaments.

In short, I can’t help you much with the latter of the two problems beyond sharing my self-care strategy, which is to make sure to have a nice, good dinner after the event instead of fast food or some chain restaurant garbage. Hit up Twitter, ask the locals, and find something that makes you feel better. However, if the ol’ serotonin is firing off at normal levels, and you’re just having problems with the tournament, then let’s move on to tip number two.

Chances are you’re not playing a match that determines your relegation from the MPL. Sure, we all play this stupid game because we strive to do our best and fulfill our competitive itch, but it’s essential to take a step back and remind yourself that it is, ultimately, just a game. Losing a win-and-in or bombing out of your last chance to qualify for an important event is a huge blow to the competitive ego, but unless Magic tournament results are, say, your only source of income — and I strongly recommend moving away from that if that’s the case — then you have to simply take the L and move on. You cannot define yourself by your Magic resume and be happy. It’s just not possible. It doesn’t matter how good you are, how hard you test, how many team Patreons you’re subscribed to, Magic is inherently a high-variance game. Making it to the top requires absurd runs across multiple tournaments, and only some small fraction of the best players in the world are ever going to truly find success in it.

Don’t read this as me admonishing you for caring, however! It’s crucial to care about the things you do, and you shouldn’t take this as advice to just give up and become the most casual player in the world. The objective here is to find the right balance, where you can find fulfillment in playing competitive Magic while not placing so much importance on it that taking a couple losses can ruin your weekend. I struggle with this all the time, and a bad run can cause me an existential crisis, though I can’t help but blame that on my good friend depression rather than, you know, rational thinking. I lost six games in a row at the end of PT Kyoto to miss Silver by one point for the second year in a row, and I just about lost my mind crying in my tiny AirBnB.

Find a way to recover in the short term.

I managed to fight my way through it. My friends give me a hard time for being incredibly thirsty for Magic, to the point where when I lose out in a tournament or get crushed in a crucial match, I immediately look for redemption in a side event or the next GP. There was no doubt in my mind that after dying at 1-5 in Richmond last weekend, that I was going to fight my way through the GP. When I got crushed in my Top 8 match at GP Montreal, I immediately joined a side draft. In Kyoto, I looked up whether I could rebook my flight home through Minneapolis to play a GP there the following weekend. I even considered spending the next week in Tokyo jamming Standard on Magic Online all day, all in a quest to find redemption. Luckily, I came to my senses, and realized that some tourism would probably leave me in a better place overall.

proud of myself for hitting the hotel gym to press some dumbbells despite feeling close to worst ever. rewarding myself by wearing the sexy oko shirt to bed. 6-3 in the gp, hoping that tomorrow is a new day

Being a ridiculous grinder aside, this is my coping mechanism for losing in Magic tournaments. Focusing my frustration into personal advancement and further competition helps me keep my head on straight and avoid the absolute ego death all too common with Magic players these days. Your mechanism might be different — maybe it’s just a nice dinner, maybe it’s spending the rest of the weekend hanging out with friends, maybe it’s even a Two-Headed Giant side event! This can apply even inside of a tournament. Say you’re playing a GP and you’re off to an 0-2 start after your byes. Instead of letting this overcome you, go grab a drink after getting stomped, take a walk outside and come back to your next match with a fresh attitude and an understanding of what really matters. Whether that’s something nice you’re going to do for yourself after the tournament, or for me, having a nice fun match with someone deep in the trenches. Magic can be fun, even in the 2-2 bracket, so long as you let yourself have fun!

Don’t let this game get the better of you. Take a step back, identify what’s going wrong, stop yourself from being irrational, and find what makes you feel better. Magic forever. Good luck on the battlefield!