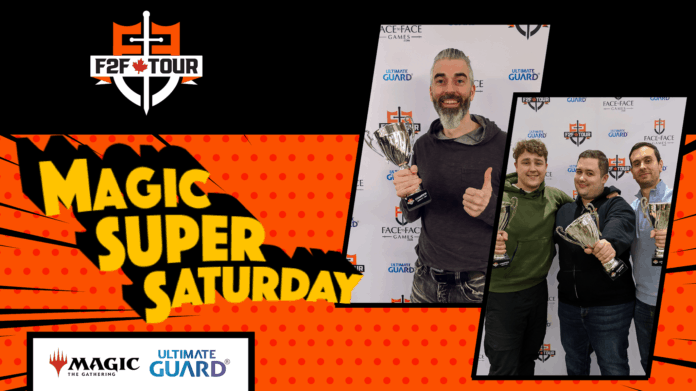 90 teams, almost 300 players and even more battling in side events descended on the Montecassino Hotel in Toronto this past weekend. The biggest event in the history of the F2F Tour!

And lucky for me, my team and I got to take down the whole thing.

This was the first Team Trios stop on the F2F Tour in 2020 and we heard Toronto loud and clear — y’all really like playing some team Magic.

Fournier, Elliot and I were able to take down the event with the lineup of Dimir Inverter in Pioneer, Amulet Titan in Modern and Golgari Depths in Legacy. A week prior to the event, Fournier and I didn’t even have a third and got extremely lucky to tag Elliot in. He’s kind of a silent master in the Toronto area and plays linear decks like Burn in Modern and Depths in Legacy extremely well.

In the finals we triumphed over the team of Brian Ching, Zach Ryl and Geng Yu Xu. These three have been battling together for a while now on the Face to Face Games Toronto Showdown series and Ching in particular has been on quite the heater with his Stoneforge Mystic decks in Modern as of late.

Joining us in the Top 4 were the teams of Dhaliwal – Harvey – Van Vaals as well as Duong – Luciow – Ablack. The former were another team of Toronto ringers who have been putting up big results over the past year and the ladder were a combination of St.Catharines and Toronto players.

As for the metagame in the room, it can sometimes be hard to pin down what is most successful in these big team events. With that said, both Amulet Titan in Modern and Dimir Inverter were clearly the two front-runners in their respective formats. In my — admittedly biased — experience Amulet was incredible on Saturday and was able to simply run over all of the Blood Moons and Ashiok, Dream Renders people had ready for me.

That said, I was specifically impressed with Ching’s deck from the Top 4 and would be interested in exploring various Stoneforge Mystic decks in Modern. The combination of Sword of Feast and Famine to induce fear in Amulet players and Uro, Titan of Nature’s Wrath for fair mirrors is an extremely powerful one-two-punch.

The biggest event in F2F wasn’t the only event we hosted this past weekend. The Tour also stopped in Quebec City on the very same day. With that said, we’re still preparing the lists from Quebec City, so stop back later this weekend and check out all the details from that event.

Now, without further ado, here are the Top 4 lists from Toronto:

Congratulations once again to Daniel Fournier, Elliot Tzaneteas and I guess myself from everyone at Face to Face Games on their outstanding performances this past weekend! Before I leave you for the week, I’d like to also extend a special thank you to both our judge staff and our sponsor Ultimate Guard for helping us put on a great event.

The next stop on the F2F Tour is coming up this Saturday, March 7 in Charlottetown, Prince Edward Island where we’ll be hosting Modern! Make sure to pre-register and we’ll see you on the battlefield! 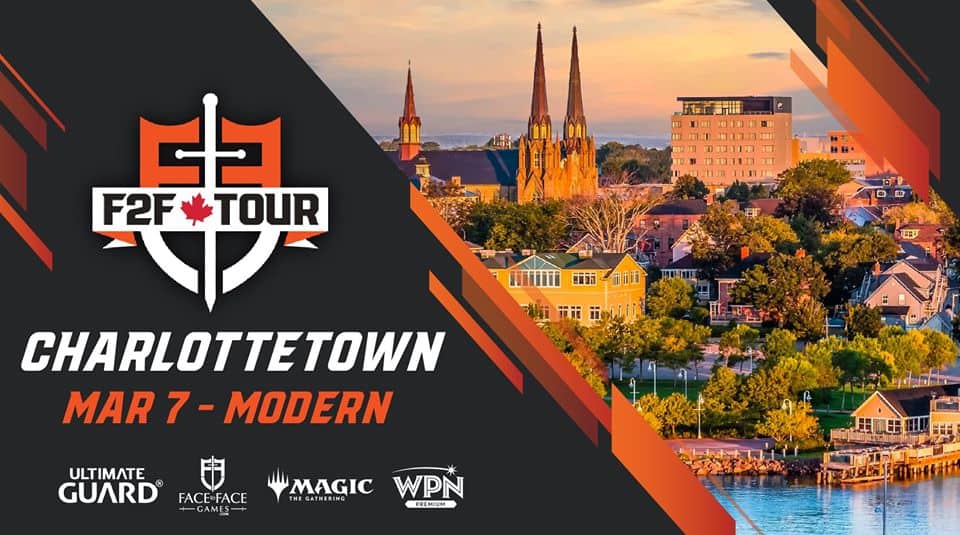