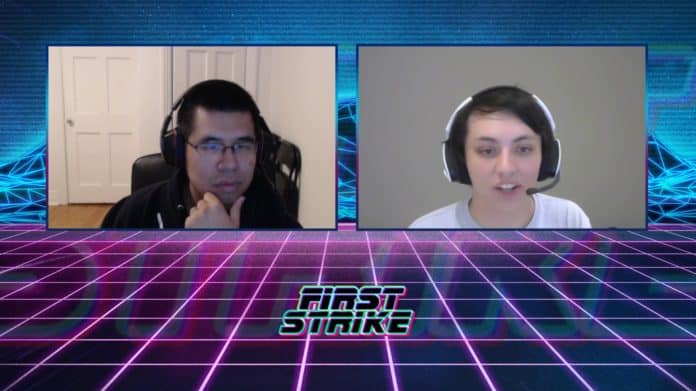 (0:00) Jon predicted last week that Valakut would be a good choice and it took down multiple major tournaments. Results aside, was it actually a good choice?
(8:14) Is there still potential for Neoform in this format? Is Jon jumping ship too soon? What other decks does Jon & Elliot love?
(20:35) Is Ad Nauseam a good high variance deck to try to win a tournament? What about Valakut?
(25:42) Reacting to Throne of Eldraine trailer & first impressions
(28:10) KYT hopes the Food mechanic does better than the Brick one
(31:47) Going over some of the more notable cards starting with Garruk, Cursed Huntsman
(37:30) Will the game ever be available on mobile?
(57:05) KYT’s observation that building characters that people are drawn to is important
(1:02:24) The crew gets excited for NFL Opening Day.

First Strike is a Magic: The Gathering debate-style podcast hosted by KYT that discusses the week’s hottest competitive and social topics of the game.