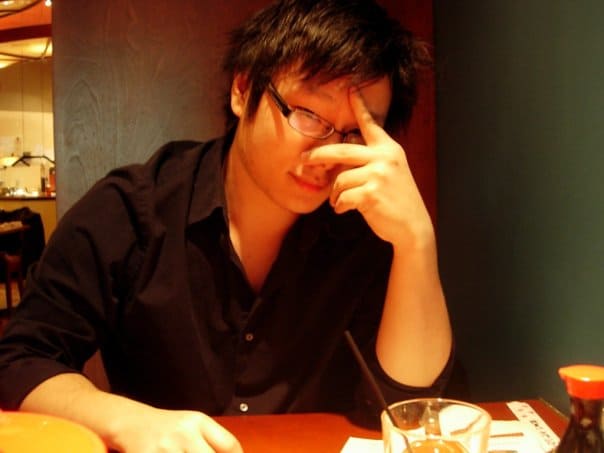 Hello everyone, my name is Felix Tse.

For those who have never met me, I am that guy who shows up to a Pro Tour Qualifier and barns cards off people. Sometimes I “get there” with savage luck, but always find a way to epic fail at the Pro Tour (usually due to lack of preparation). I am also known to be someone who likes to play unorthodox decks, and that has been both a blessing and a curse. The fact is, bringing a “competent” home brew or even a slightly modified tier 1 deck to a tournament does give me an advantage. However, when that plan fails, I end up looking like an idiot who wasted time, money, and opportunity.

With thousands of matches being played online and the Star City Games tournament running almost weekly, Standard has became a very refined format. However, there is still room to innovate and today I would like to introduce a home brew which I designed and piloted to a 9th (so close with tie breaks) place finish at the Canadian Magic Tour – Toronto. Stoneforge Mystic, Squadron Hawk, and Jace, The Mind Sculptor have been dominating Standard, and it is really hard to justify not running those in your 75. BUT, do you really want to face mirrors all day long, or could you perhaps give yourself an edge? So, what attributes give you an edge against the dreaded UW Caw-Blade menace? As far as I see it, you could:

The first option is rather unavailable, since good draw spells are few and far between in the current Standard environment, while they are also very vulnerable to Spell Pierce and tempo draws from your opponent. There are some builds of UW control where they fit in Venser, the Sojourner, Treasure Mage, and other goodies, but I don’t think there can be a good fusion of those archetypes with Caw-Blade.

The second option is essentially what Valakut and Eldrazi Green are trying to do, but you probably cannot fit Primeval Titan in without significantly altering your deck. There are also very few threats that pass the Jace test, which make going over the top a difficult proposal.

The last option seems much more feasible. But, you might ask, “well there isn’t much acceleration in UW.” You are absolutely right and thus, I would like to introduce you to Next Level Caw.

At first glance, you might think “WTF is this? Why would you butcher a successful Caw-Blade into this abomination?” However, at closer look, the deck is actually not a variation of Caw, but rather, much more similar to Mythic from the last season’s Standard. Your game plan is to accelerate to your game-breaking spell, either a Planewalkers or Frost Titan, and meanwhile, the Stoneforge-Hawk-Sword plan gives you another dimension to grind out your opponent.

The ability to do everything Caw-Blade is trying to do, but a full turn faster (even on the draw), is what gives you that advantage in this particular match-up. In the normal Caw-Blade mirror, the person who goes second often falls into the difficult situation of “to chump or not to chump” and the person who goes first also has the opportunity to resolve a Planeswalker first due to superior board position. The addition of Birds of Paradise and Lotus Cobra solve that problem. Imagine the following hands:

You will be so far ahead if you are on the play, with turn 2 Cobra into Stoneforge into turn 3 Jace! Does this sound familiar to the Bird to Cobra to Knight of the Reliquary from last season? We all know how much of a beating that was. What about instead of Jace, it was a Frost Titan? It is like turn 3 Sovereigns of Lost Alara all over again and all your opponent has in play is maybe a Stoneforge or Squadron Hawk! If they leave two mana up for Mana Leak, then you just roll them with your Mystic/Sword. Even if you are on the draw, your acceleration will still be putting them on a back-foot and negate their advantage of going first. Let’s examine another hand (a less broken one):

This hand is much less explosive compared to the previous, but the acceleration still allows you to not fall behind and even reverse the tempo lost from going second. The ability to play a Hawk while holding your counter mana up on turn 3 is huge for not getting blown out by them casting a turn 4 Jace on the play. As the game progresses, their advantage of going first will eventually diminish and turn the game into a test of player skill.

Sometimes, just untapping with a Lotus Cobra will more often or not generate so much mana advantage that it becomes hard for your opponent to overcome. The strength of the deck lies in that it can not only play a disruptive fish game like Caw-Blade, but can also have an explosive draw that is borderline unfair. Now you might want to know, Caw-Blade is not the entire metagame, then how does it fare against the other big players?

The Valakut and Eldrazi Green match-ups usually come down to one of two scenarios:
A) You either grind them out ala Caw-Blade style, or…
B) you explode into an aggressive start and put them into a very bad position with a fast Frost Titan.

Plan A does not always work, otherwise Caw-Blade would always beat up the Primeval Titan decks. This is where the ability to explode out of the gate with mana acceleration really comes handy. First, you get to disrupt faster, as connecting on turn 3 with a Sword of Feast and Famine is not uncommon, and with the way current valakut decks are setup, even when they land a Primeval Titan, you can still make it a game by following up with a Frost Titan. Now, if you landed yours first, then it is almost always guaranteed that they are not coming back this game.

The RUG match up actually felt like playing a mirror, as both deck are very capable of explosive Cobra draws. However, when they don’t, their deck can be quite underwhelming, where as you just play like normal Caw-Blade and grind them out. Of course, their advantage is having the ability to remove your acceleration, while you do not until after sideboarding. But in the case where both sides fail to play unfair with Lotus Cobra, Next Level Caw has something to fall back on, where as they generally do not.

Well, every deck has its chink in the armor, and Next Level Caw is not an exception. Boros and RDW are not the best match-ups in the world; the combination of early pressure with removal is very rough for this deck to handle. Arc Trail and Cunning Sparkmage are both a beating, while Boros can play the same mid-game Stoneforge-Hawk as well. RDW can sometimes just blow you out of the water before you can do anything. I believe this is where normal Caw-Blade has a decisive advantage, as they have pinpoint removal in Condemn and Tumble Magnet to slow down the bleeding. As you can already tell, the sideboard is specifically devoted to address its weakness against Boros and RDW. Kor Firewalker, Oust, and an additional Baneslayer Angel are a good start, while Divine Offering and Into the Roil added extra utilities in fighting troublesome cards such as opposing equipments or Tumble Magnet. Overall, I am not happy with these two match-ups, but it is definitely very winnable with careful play, and gets much better after sideboarding (if you happen to figure out a good solution, please let me know!).

I usually do not like giving sideboarding guides. It is not because I want to keep the information to myself, but rather, I find sideboarding should be dynamic and not a stagnant set of rules. One has to observe during the match and make adjustments to give oneself the best chance to win. For example, during one of my match in the Canadian Magic Tour, I was paired against a white weenie mid-range style deck with Leonin Arbiter and Tumble Magnet main. I observed that my opponent decisively sideboarded a couple of cards in after losing game 1 to my equipments package. The first thing that comes to my mind is that those couple of cards could very possibly be Divine Offering, and in conjunction with Leonin Arbiter and Tumble Magnet, my Stoneforge Mystic package suddenly does not seem hot anymore. Instead of doing my routine swap, rather, I took out all of my Stoneforge Mystics and equipments. Although that decision might or might not have made a differences in the outcome of the match, I definitely believed it was a correct one. Anyways, this is how I would categorize the current sideboard:

Good against Boros/Rdw:
• Oust (either slow them down, or target something of yours for the needed 3 life gain)
• Kor firewalker (pretty obvious here)
• Baneslayer Angel
• Into the Roil / Divine Offering (Reasons I mentioned before)

Just remember to keep your sideboarding strategies flexible and be aware of what your opponent might be bringing in. Sometimes, during game two, when I know I am not going to win, I will purposely fetch for Sword of Body and Mind, and make a bad attack just to get more information in sideboarding for game three. For example, if you see your Valakut opponent brings in a gazillion sweepers, maybe consider swapping out some of your Birds and Cobras.

Anyways, enough with my wall of text! If you are looking for something refreshing for Standard, while still wanting to be competitive, Next Level Caw might just be the deck for you. It always gives you tons of options and is a lot of fun to play. If you love turn 3 “Sovereigning” people in last year’s Standard, then you will definitely love this brew.

I will continue brewing and you can always find me on MTGO as Pedestrian.

Until next time, have fun, and may your turn 2 Lotus Cobra always survive (except against me of course)!

Props:
• Face a Face for lending me all the cards (much, much thanks);
• Everyone who let me barn their cards, past, future, and present (Pham, Smither, Spence, KD, Leblanc, and many more);
• Everyone who keep telling me to play a real deck;
• CMT organizers for running a smooth tournament;
• The person who had to proof read my poor writing.

Slops:
• Losing round one to RDW and missing top-8 by tiebreaks;
• Can’t seems to dodge red decks round one in any relevant tournament lately;
• Not sleeping enough before the event and quite possibly punted a win into a draw.

Thanks for reading,
Cheers.