Oh baby, the deck that won our Winnipeg Open on Saturday is sweet.

After weeks of players tinkering and tweaking their new Stoneforge Mystic decks to some solid finishes on the Open Series, Karani broke through and took down the whole event in Winnipeg with his build of Jeskai Stoneblade.

We’ve obviously seen a lot of attempts at making these tempo strategies work since Stoneforge was unbanned. We had a copy of Azorius Stoneblade in our Victoria Open Top 8 and Daniel Fournier has been working on a Bant version for a few weeks, but this is the first time we’ve seen someone have success with the classic combo of Snapcaster Mage and Lightning Bolt.

Karani’s deck also utilized Spell Queller as an additional threat that can carry equipment. I think a lot of what he has going on in his list looks awesome, the additional threats and burn spells really offer the ability to close games quickly, which is of course something Celestial Colonnade decks have always struggled with.

Karani was able to defeat Michael Putz and his old school Bogles deck in the finals.

Joining them in the Top 8 was Dylan Zahari playing a Dredge deck similar to what took down our Edmonton Open recently, Brendan Klein on Jund, Jeremy Johnston and Silas Meeches on Burn, Scott Polsky playing a sweet Elves deck and Marc Bosc playing Infect.

Yet another Open Series out West and another extremely diverse Modern Top 8. It’s been awesome to see how these lists have developed since the recent banned and restricted announcement, and Modern is in a great place right now.

In addition to all the action in the main event we also had players on site all day battling in side event Drafts and Commander pods. We’d also like to give a special shoutout to GK Alters for coming out and making our cards look sweet!

Congratulations again to our champion Joseph Karani from everyone at Face to Face Games! We’d also like to thank our awesome judge staff who ran a smooth event all day long!

The next stop on the series is coming up on Oct. 19 when the Open Series will be traveling to Grande Prairie, Alberta for the first time for a Modern Open! Make sure to pre-register and get to testing, we’ll see you there! 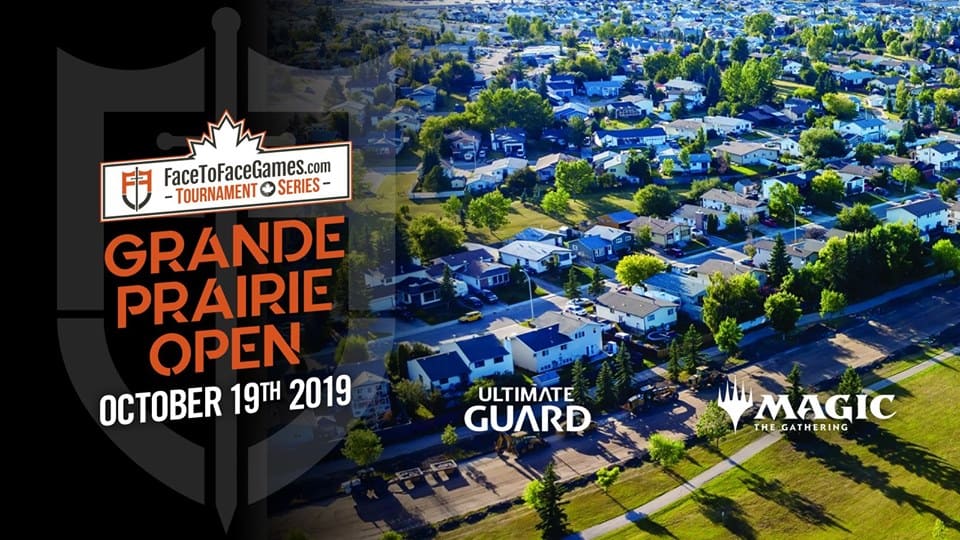