It was a weekend full of Lava Spikes on the FacetoFaceGames.com Open Series.

While Tyler Utman was bringing home the trophy in Saskatchewan with Burn, Jean-Francois Regimbald was doing the exact same thing a few provinces east in Ottawa, Ontario.

Regimbald defeated Nico Gambuto, who was one of three Death’s Shadow players in our Top 8, in the finals.

With the additions of The Royal Scions, Plague Engineer and Nurturing Peatland in recent months as options to build around Shadow, the deck has risen in popularity. Traditionally, Burn has been one of Shadow’s closest matchups and it can be quite entertaining to watch both decks jockey over one life total. With that said, Burn clearly got the better of the matchup on Saturday.

Joining them in the Top 8 was Grayson Halt and Philippe Dupuis who both played Grixis Death’s Shadow, Brad Snippe who was blowing up lands with Ponza, Dzmitry Kozak who played Eldrazi Tron, Stephen Keffe who played a spicy Orzhov Smallpox deck and Samuel Leduc who was piloting Amulet Titan.

Shockingly, this Top 8 looks eerily similar to the one Utman came out on top of in Regina. There’s a slew of midrange decks, Amulet and ultimately a Burn deck that came out on top. I don’t know what was in the water this past weekend but midrange really had a coming out party on the Open Series. Even Stephen Keffe’s sweet Pox deck that featured multiple copies of Adorned Pouncer in the maindeck — in Modern!

While Francois was burning people out in the Top 8, we had players on-site all day battling in side events and in Commander Pods. We even had our second consecutive weekend featuring a PIONEER side event. It was awesome getting to support this brand new format.

Congratulations again to our champion Jean-Francois Regimbald from everyone at Face to Face Games! We’d also like to thank our awesome judge staff who ran a smooth event all day long!

The next stop on the Open Series are coming up this weekend on Nov. 9 in Halifax, Nova Scotia where we’ll be hosting a Modern Open! Make sure to pre-register and we’ll see you on the battlefield! 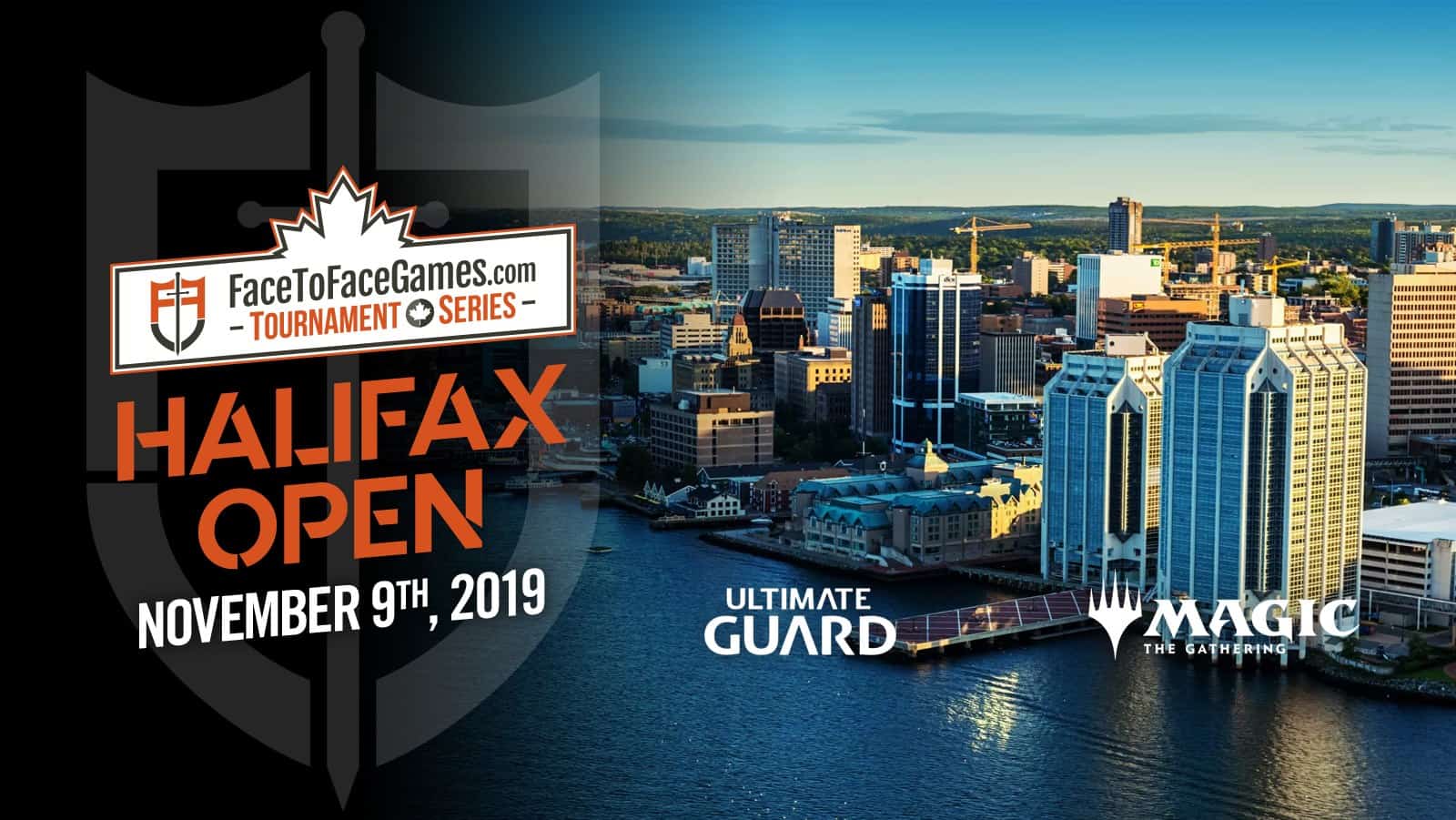