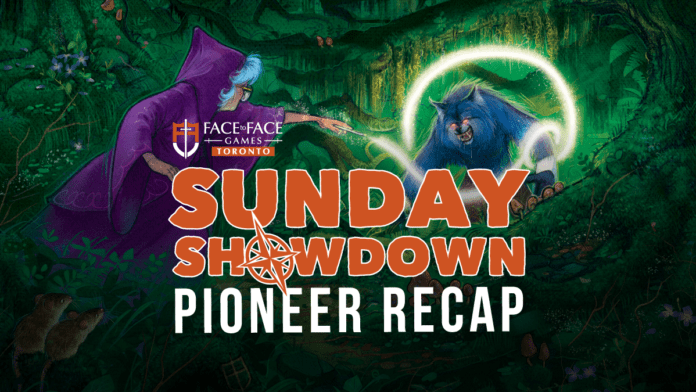 For my money there’s no format as fun as Pioneer in all of Magic right now. It’s truly the wild west. A slew of bannings have allowed for basically every strategy to be viable and players all over the Magic scene are scrambling to be the first to solve the Pioneer puzzle.

This past weekend, Showdown series staple and local aristocrat Omar Beldon did his part to solve that puzzle when he took down or Pioneer Showdown with his innovative Rakdos Midrange deck.

Omar’s deck was an even more midrangey and interactive version of the “Big Red” decks that have cropped up lately to beat up on the aggressive decks in the format. He had some spicy cards from Standard’s past in his list including my personal favourite Rakdos’s Return.

Omar defeated one of those very same aggro decks in the finals when he triumphed over Derek Chiu’s Mono-Black Aggro deck. Since the last set of bans Mono-Black has been the consensus deck-to-beat in the format, but Omar showed that it’s definitely beatable if you build your deck correctly.

Like I said off the top, Pioneer is in and interesting place right now where almost everything is viable. Now that most of the truly broken stuff is banned, we saw Aggro decks rise to popularity immediately. But since then it feels like every day a new innovative midrange take is popping up. Here we had Omar’s deck, we’ve seen Big Red win tournaments and this past weekend we saw Five Colour Niv-Mizzet decks dominate the Pioneer challenge. 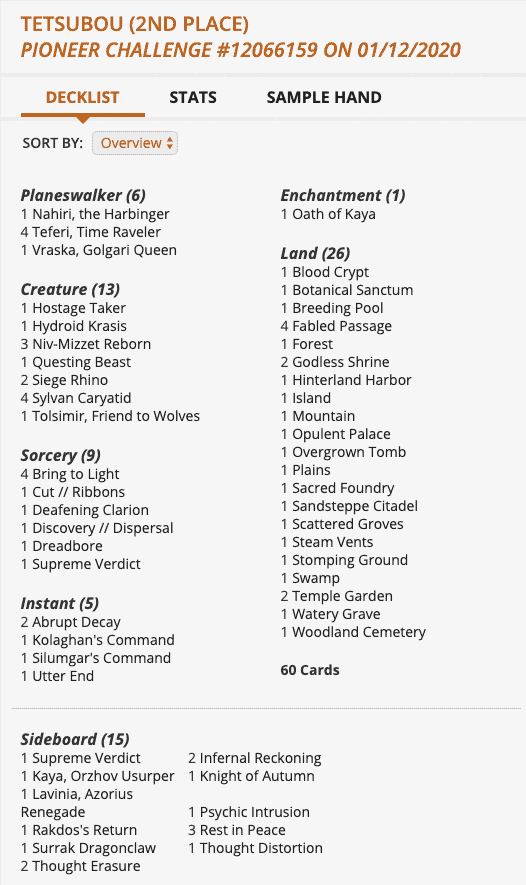 With his win on Sunday Omar qualifies himself for our upcoming Ultimate Showdown of ULTIMATE destiny and the rest of our Top 8 have begun their march up the leaderboard.

This season, we’re going to closely following the Ultimate Showdown leaderboard each week and I’ll be giving you updates on the race as the results unfold every week in these recaps. This week the big news is that once again, Omar Beldon will be competing at the Ultimate Showdown and he’s actually pulled ahead into first place early in the season with 130 points. If you’re interested in the current Showdown standings, check out our points sheet here.

This upcoming weekend at Face to Face Games Toronto is our special Theros Beyond Death Pre-Release Weekend! We’ll be hosting Sealed events all weekend to celebrate the release of this awesome new set all culminating in our special TEAM SEALED Showdown on Sunday. Make sure to sign up and and we’ll see you at the shop! 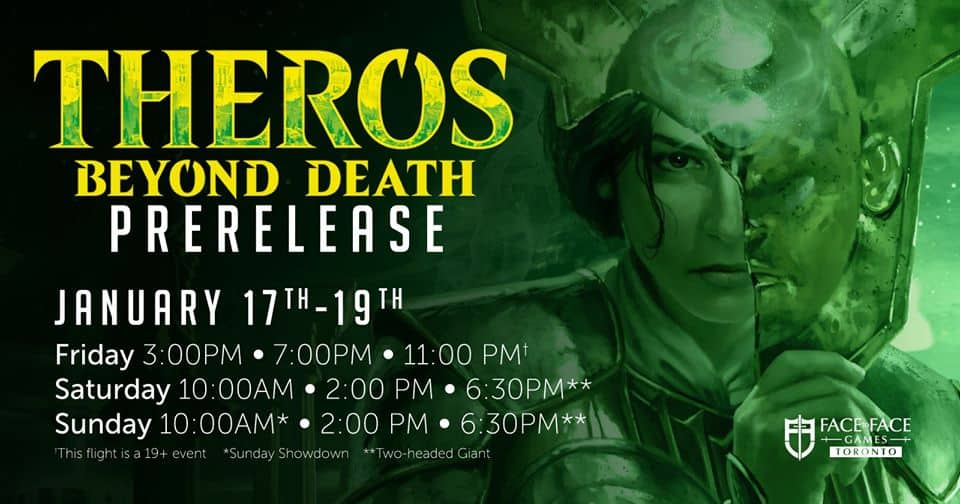