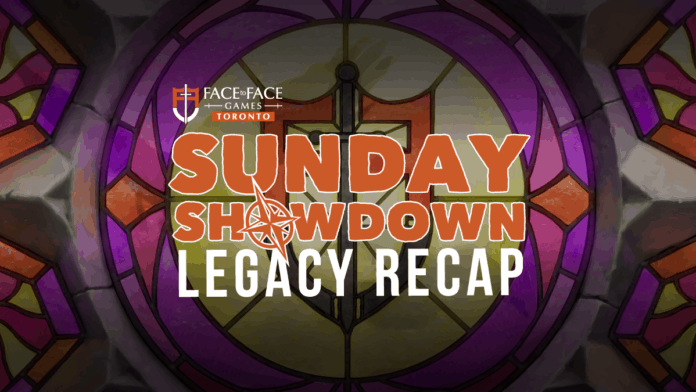 In short, the answer to the question in the headline is a resounding, no.

Dark Depths and the ancient monster stowed away within its icy prison — Marit Lage — dominated yet another Legacy Showdown on Sunday.

In fact, Depths strategies were so popular at the event that the brew that took down the tournament in the hands of Dominic Harvey was designed specifically to prey on Depths mirror matches and other fair decks. Harvey piloted his own unique version of Golgari Lands to a win on Sunday.

Won another @F2FToronto Legacy Showdown (easily slaying final boss @tirentu) with a Lands/Depths deck I cooked up and may have fatally baited myself for #SCGNY. Not sure yet on merit of this vs typical Lands or Depths but worth exploring! pic.twitter.com/qlR1t2f85G

At its heart the deck Harvey played is very similar to the popular Golgari Depths deck that’s been dominating our local Legacy scene for months in the hands of Daniel Fournier and Matthew Dilks. But, with this version Harvey sacrifices a bit of disruption for some added staying power in the Life from the Loam and Exploration package. It’s an awesome brew and it’s cool to see deckbuilding rewarded even in a format with as many powerful staples as Legacy.

Harvey prevailed over Daniel “CantLoseLately” Fournier in the finals who finally lost his first match in the last two months. Fournier played the aforementioned Golgari Depths deck he won our previous Legacy Showdown with.

With a clear vision of the Top 8 you can now see what I mentioned earlier — Marit Lage has clearly not been defeated in Toronto. Even with multiple Swords to Plowshares decks in the Top 8 it just wasn’t enough to thwart the powerful 20/20 Legend. These lands-based combo decks just have so many tools to juke and jive the metagame if they’re going to be able to matchup against fair blue decks round after round.

It’s starting to feel like dethroning Depths is going to take a metagame shift towards combo decks like Sneak & Show or Reanimator if we’re going to see the Toronto Legacy meta shift in a meaningful way.

That said, it’s worth noting that there were a mere three copies of Wrenn and Six in this Top 8. This was a card that was everywhere after its printing in Modern Horizons and had people worried about its power level, but it’s nice to see the format has adapted to its dominance.

I personally think Legacy is in a great place right now. You’ve got options play to just about every kind of Magic this game offers, and it’s nice to not feel forced to play Delver of Secrets for once.

Before I leave you for the week I’ve got one last reminder for you. Our Toronto MCQ is coming up THIS SATURDAY and you’re going to want to make sure to pre-register to secure your spot. This time it’s Modern so it’s sure to be packed! We’ll see you there.

With his win on Sunday, Dom cements his spot in the upcoming Ultimate Showdown, while the rest of our Top 8 have begun their march up the leader board to qualify. If you’re interested in your Ultimate Showdown point total, you can check it out here. If you’d like to inquire about your point total or report a discrepancy, please email Toronto@facetofacegames.com.

This upcoming weekend at Face to Face Games Toronto we’ll be hosting a Modern Showdown! After you get done battling at the MCQ on Saturday, stop by the shop on Sunday for some more post-ban Modern action. Make sure to pre-register and we’ll see you there!