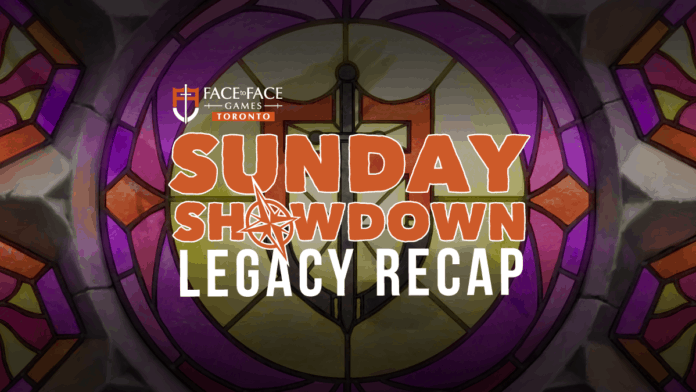 Welcome to another weekly Showdown Recap, where we take a look at what happened at Face to Face Games Toronto’s weekly Sunday Showdown, a series of 1k events feeding into the Ultimate Showdown 5k Invitational. This week players battled in Legacy to see who could take home the top prize!

There are very few certain things in life, and seemingly even less in Magic. You can prepare for hours and hours, but you can never be certain what the metagame will truly look like. That said, we have to hold on to the things we do know are certain, and let me tell you, if you show up to a Legacy event in Toronto — Delver of Secrets is going to be popular.

This past Sunday Drake Honess triumphed over our previous Legacy Showdown champion Richard Welch in a Delver mirror to take home the top prize.

Drake was playing an old favourite in Temur Delver while Richard stuck to just two colours with Izzet Delver. If you take a look at our Top 8 this matchup looks to be something you’re going to have be familiar with if you’re going to be playing Legacy any time soon. When you play Delver you’re always posed with the question of how many colours to play. A deck like Drake’s gets to splash for a little more power in the form of Wrenn and Six and Tarmogoyf while Richard stays lean with better mana, more burn spells and Blood Moon. One version can grind a little harder while the other has a lean tempo gameplan.

Traditionally, Goyf has been a house in Delver mirrors as a large threat that dodges Lightning Bolt and that proved to remain true on Sunday.

As you can see it was a weekend for tempo decks in Legacy. Since the printing of Wrenn and Six we’ve seen some of the more controlling decks in the format start to prey on Delver, but that wasn’t the case here. From where I’m sitting it looks like players found a way to turn up the aggression and get under those decks. We’ll have to see if this trend continues.

With his win on Sunday, Drake cements his spot in the upcoming Ultimate Showdown, while the rest of our Top 8 have begun their march up the leader board to qualify. If you’re interested in your Ultimate Showdown point total, you can check it out here. If you’d like to inquire about your point total or report a discrepancy, please email Toronto@facetofacegames.com. This upcoming weekend at Face to Face Games Toronto we’ll be hosting a Modern Showdown! Make sure to pre-register and we’ll see you at the shop! 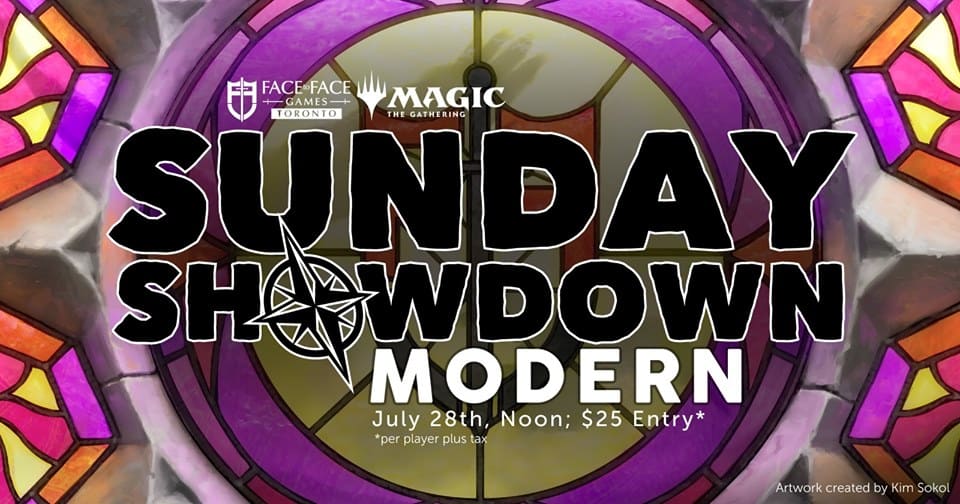