One of the city’s most decorated players picked up yet another Showdown title this past weekend when he took down our Legacy Sunday Showdown.

Now, if you have spent any time playing Legacy in Toronto over the past few years you’re acutely aware of how lethal Edgar can be with a Baleful Strix in his hands. That said, this weekend his decided the shelve the artifact creature for it’s distant snow-covered cousin Ice-Fang Coatl and the Bant Miracles shell that’s been successful since the banning of Wrenn and Six.

Edgar was able to take down Stephen Conway and his Jeskai Breach deck in the finals.

Joining them in the Top 8 was Daniel “Gul_Dukat” Goetschel on his own Grixis version of Breach, Boston Schatteman playing Grixis Delver, Lam Phan back to battle with his classic Izzet Control deck, Wilkin Chau on Dead Guy Ale as usual, Alexander Neufeldt playing Izzet Delver and Tse Shuen Wan who played ALL the colours in his control deck.

I think it’s safe to say that Legacy is in a pretty weird place right now. With the addition of Pioneer and the lack of support for the format lately the metagame is moving pretty slowly, but it’s also clearly warping around Underworld Breach. This card is just so fundamentally broken, and it already dominated PT Phoenix in the Pioneer format, so it’s not a surprise to see it doing so well in Legacy. Especially because you get to pair it with Lion’s Eye Diamond.

With that said, Edgar proved that with a little bit of graveyard hate and a strong controlling plan, it can be beat. This is one of my personal favourite ways to play Legacy, a strong combo deck and controlling decks trying to find the best way to beat it is always a fun playground to build decks in.

Congratulations to Edgar for once again taking down one of our Legacy events. With his win on Sunday he is once again qualified for this season’s Ultimate Showdown. After losing to Matthew Dilks in the finals late last year, he’ll be looking to finish one spot higher in the standings this season. Omar Beldon was FINALLY kept out of the Top 8 last weekend, but his lead over the rest of the field still remains massive early on this season. If you’re interested in your Showdown Points total check out our tracker here. 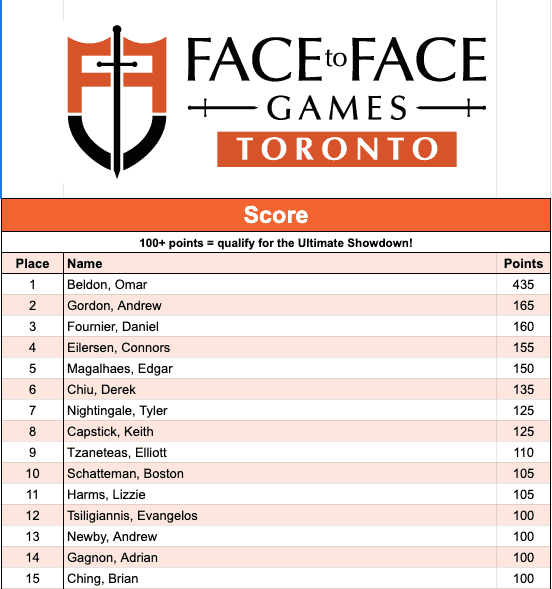 This upcoming weekend Face to Face Games Toronto we’ll be hosting a Modern Showdown. That’s right, it’s time to bust out those Primeval Titans and battle! Make sure to pre-register and we’ll see you at the shop! 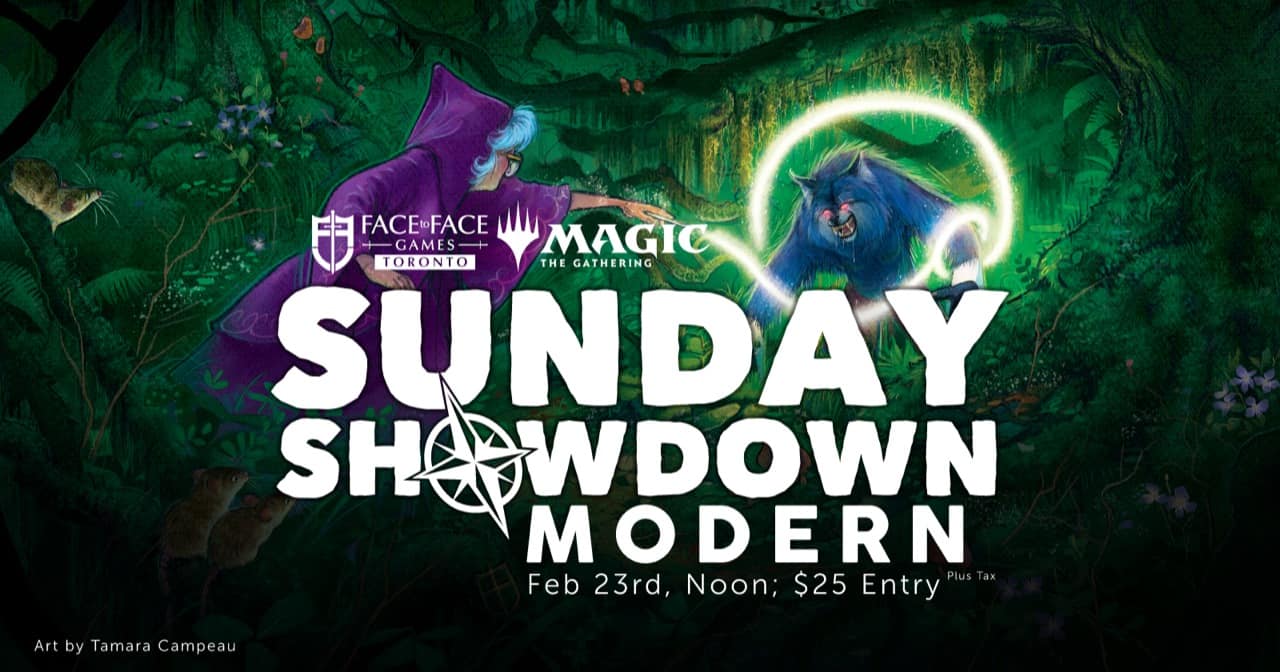