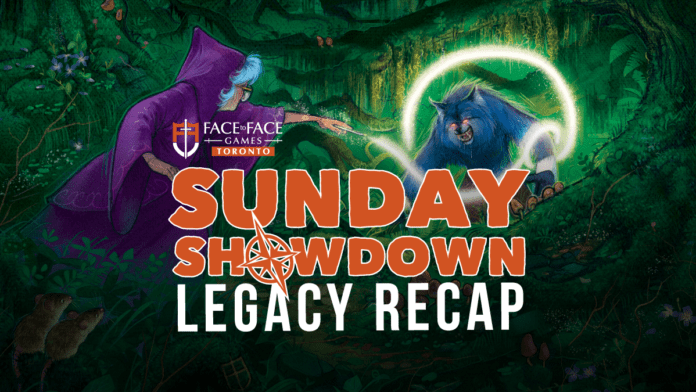 The more things change, the more they stay the same.

Toronto Legacy superstar and all around master Matthew Dilks threw everyone a curveball this weekend when he registered Jeskai Mentor in Legacy, but that didn’t stop him from winning the entire tournament.

Dilks is of course known for playing any deck in Legacy containing Dark Depths. But this weekend he escaped from that norm in order to try out the Jeskai Mentor archetype that has been gaining popularity as of late. This is the deck that seems to best utilize War of the Spark’s Narset and Teferi in order to lock out other blue decks. Dilks told me that those two three mana planeswalkers over-performed all day for him (as they seem to do in every format).

Dilks defeated Alexander Neufeldt in the finals, who was playing one of two Izzet Delver decks in our Top 8.

Legacy at the Toronto shop continued to be a pretty tough nut to crack on Sunday. Both Dilks and Daniel Fournier have been having a lot of success with the Golgari Depths archetype over the last few months, but on Sunday we saw blue decks really shine.

Maybe Dilks has found a way to beat his own baby with Jeskai Mentor and it’s ability to thwart Marit Lage and company.

With his win on Sunday, Dilks cements his spot in the upcoming Ultimate Showdown, while the rest of our Top 8 have begun their march up the leader board to qualify. If you’re interested in your Ultimate Showdown point total, you can check it out here. If you’d like to inquire about your point total or report a discrepancy, please email Toronto@facetofacegames.com.

This upcoming weekend at Face to Face Games Toronto we’ll be hosting a Modern Showdown! The format seems like it shifts more and more every week and we are excited for another awesome Showdown. Make sure to pre-register and we’ll see you at the shop!