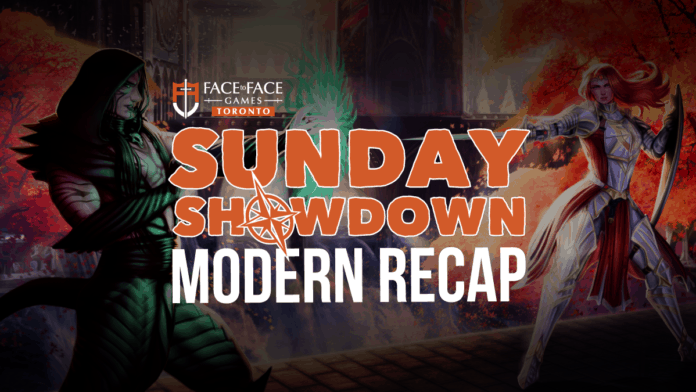 Welcome to another weekly Showdown Recap, where we take a look at what happened at Face to Face Games Toronto’s weekly Sunday Showdown, a series of 1k events feeding into the Ultimate Showdown 5k Invitational. This week players battled in Modern to see who could take down the top prize.

Well it happened. It’s been a long time by all accounts, but once again the Tron menace has taken down an Sunday Showdown.

Fedor Mirkovic was able to triumph on Sunday with the all powerful colourless strategy.

Tron is one of many decks in Modern that feel like they’re always just hanging around. It has a very powerful and redundant game plan and is able to prey on many of the format’s more controlling strategies. This deck is always primed to win a tournament in the right room.

The rest of the Top 8 was a nice glance at what the Toronto Modern scene has to offer. We had two copies of Amulet Titan which has become wildly popular in the city as of late. Tyrell Wildman was one of them and he seems to be playing some good Magic recently and finding himself in Top 8s.

Then we had Jonny “EyesWideOpen” Teigesser who played a spicy Electrodominance brew to a Top 8 finish on the weekend. If you’re looking for something that’ll blow your mind you’re going to want to check out his deck list.

The rest of the Top 8 featured a Boros Prison deck that lost in the finals, an Azorius Control deck, an Azorius Spirits deck and one copy of good old Bogles.

With his win on Sunday, Fedor cements his spot in the upcoming Ultimate Showdown, while the rest of our Top 8 have begun their march up the leader board to qualify. If you’re interested in your Ultimate Showdown point total, you can check it out here. If you’d like to inquire about your point total or report a discrepancy, please email Toronto@facetofacegames.com. This upcoming weekend at Face to Face Games Toronto we’ll be hosting a Team Trios Showdown. These things tend to sell out fast so make sure you pre-register now! 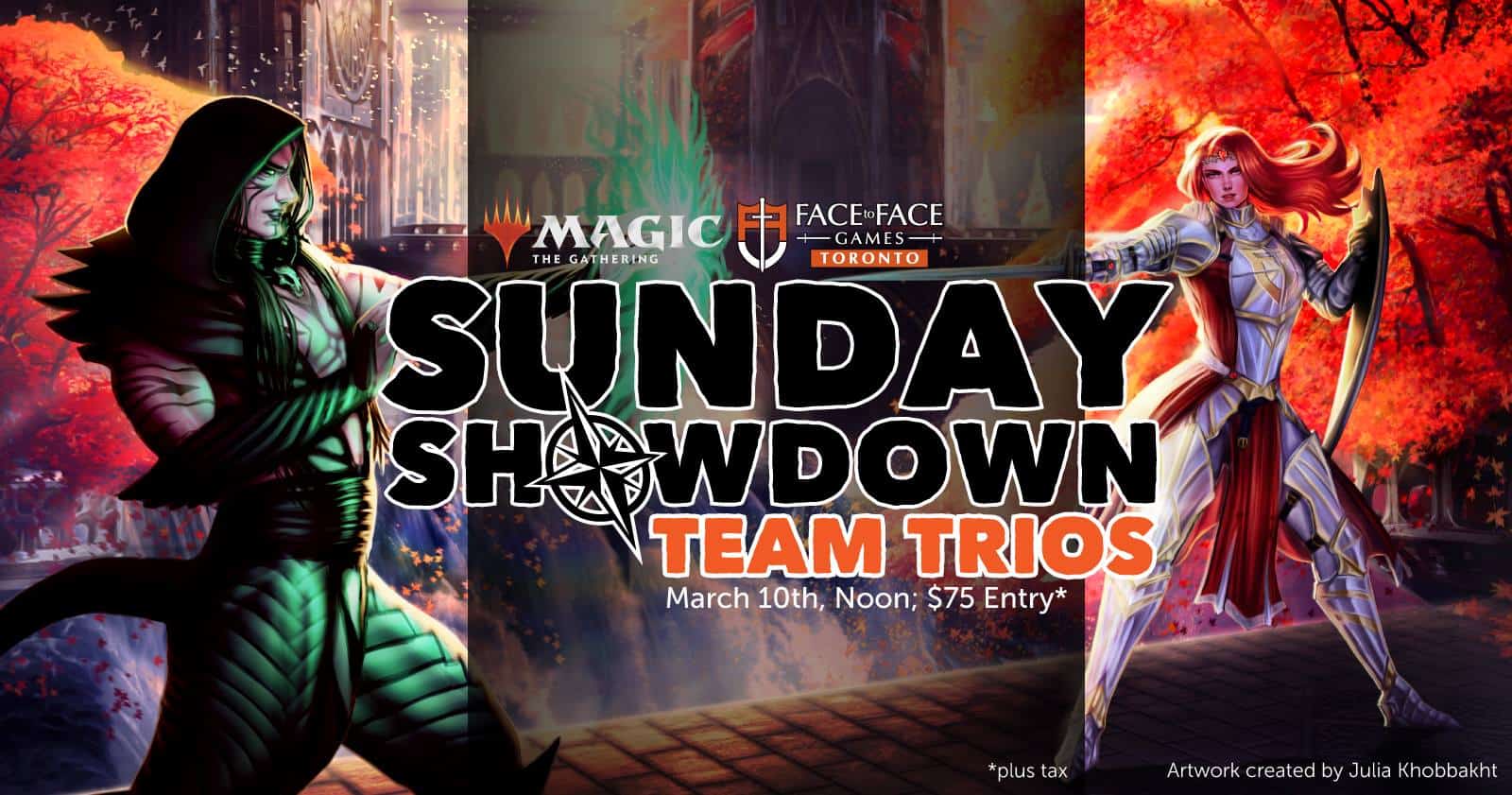