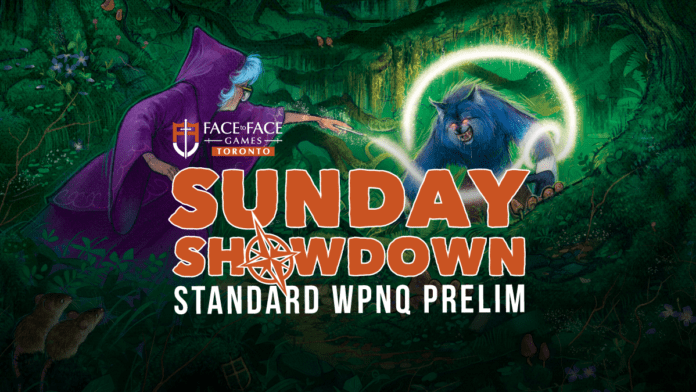 The Cauldron’s Familar and Witch’s Oven combo has claimed yet another Standard tournament. Predram Moazen-Sayad took down our Standard WPNQ Prelim Showdown this past Sunday with his Rakdos Sacrifice deck.

Pedram was able to take down the seemingly-unbeatable Brian Ching and his Bant Midrange deck in the finals.

In many ways our Top 8 on Sunday was the tale of Standard right now. We multiple Rakdos decks built around a sacrifice theme, some Jeskai Fires decks and of course the Temur Clover deck that has become wildly popular lately. There really is a healthy cat and mouse game going on in Standard right now where any of five to seven different decks can be the right call for a weekend.

On Sunday, it seems like both this Rakdos deck and Jeskai Fires were awesome choices for the metagame.

After the results of the World Championship Standard has shifted a lot. Azorius Control is significantly less popular now that Temur Clover and these Food decks are running rampant. That said, Fires has obviously maintained.

I’m interested to see if Temur Reclamation will make a comeback to prey on some of these Cat/Oven decks.

Congratulations to Predram Moazen-Sayad on his finish this weekend that qualifies him for our upcoming Ultimate Showdown! He and the rest of our Top 8 qualified for our upcoming 32-person WPN  even that will have a Players Tour qualification on the line and also picked up some valuable points towards their qualification. Notably, Omar Beldon Top 8’d yet another Showdown on Sunday to open up his points lead over the competition even further. Brian Ching also put up another stellar performance to become the third player to reach the 200 point mark this season. 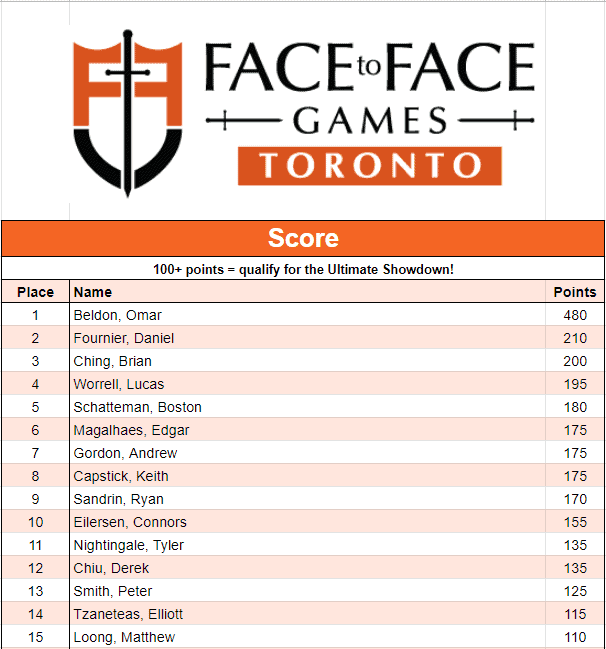 Now, this is the part of the article where I’d normally update you about the events we’ll be hosting this coming weekend. But in an effort to reduce the spread of the COVID-19 virus, Face to Face Games has decided to cancel a number of events in accordance with the recommendations made by Health Canada. This includes both of our upcoming WPN Prelim events this coming Sunday and the following one. If you’d like further information on how Face to Face Games events are being impacted across the country, please see our article on the subject here.

In the coming weeks we’ll be closely monitoring the situation and if anything changes, you’ll be the first to know. We hope to see you at the shop soon!