5 tips from the Toronto Tour Weekend 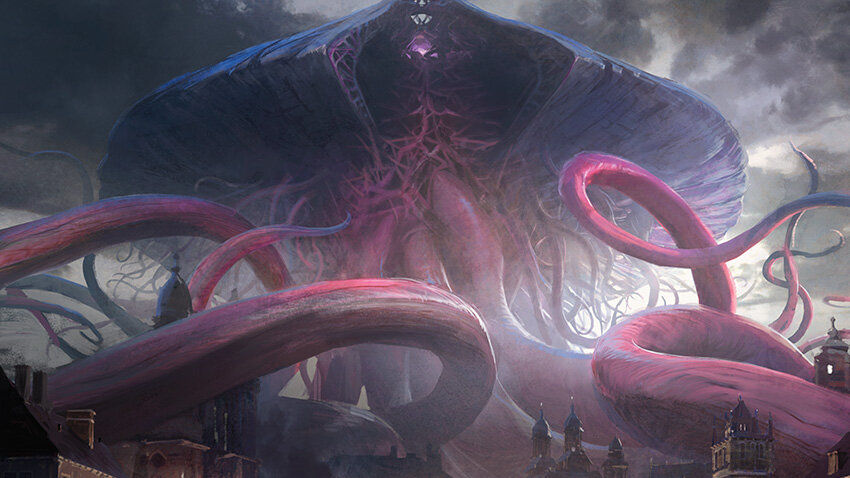 Competitive Magic is difficult. While it might be obvious from the name, beginning the path to the highest levels of professional play involves competing with players at a level that transcends casual spell slinging at FNM. And if the increased caliber of opponents wasn’t enough to worry about, there’s also all the logistics and pressure surrounding the events at which high-level games are played.

Canada recently held its first high-level event in years, the Toronto Tour Weekend. I served as a judge at the event, and it was overwhelming. The volume of players and the passion they bring to the game makes stepping into such an arena for the first time more than a little intimidating. With that in mind, here’s a few tips for how to make the most of your first big event.

1. Keep a Copy of Your Decklist

In Competitive-level Magic events, players are required to submit a copy of their decklist for verification, whether it be prior to or at the beginning of the event. This is so judges can perform deck-checks, both to verify a player’s deck is legal in the format they are playing and that their deck has not changed in between rounds. It also means a player’s success in the tournament is dependent on a small, easily lost piece of paper.

Not having a copy of your decklist at the beginning of the event to present to a judge will likely require writing out a new one, a time-intensive process that can cause players to be late for their first match. This is called tardiness in the Magic Tournament Rules, and penalty for being more than one minute late is most often a game loss. Fortunately, there’s a simple fix – keep a copy of your decklist! Whenever you write out your list, make two copies and keep them in separate places (for example, one in your deckbox and one in your coat pocket).

Magic players, casual and competitive, know the sting of frustration that can come from losing. The key is to not let those losses carry over to future games. Learning from our mistakes is important, but the feelings we associate with those mistakes – whether they be anger or grief – are best left where they stand. Tilting out at FNM has pretty low stakes, but at a high-level competitive event it’s critical to stay in a healthy, productive mindset.

This also includes taking care of yourself. It’s a lot easier to stay calm when you’re hydrated, well-fed and have an adequate amount of rest. Get a good eight hours of sleep before any big event. Eat a big breakfast in the morning, and bring a reusable water bottle that you can take the opportunity to refill if need be. If your body is a machine, it needs fuel, rest and maintenance.

Time management is a surprisingly important skill when it comes to competitive Magic. Events run on a schedule, which means tournament organizers and judges can’t give you infinite time to play your match. Make sure to leave early so you arrive to the event on time, since as mentioned above tardiness can carry with it the loss of games or even entire matches.

Once you’ve made sure you’re on time, keep an eye on how much time is left in the round. It can be good to take your time to think about what play is the correct one to make, but players are also expected to make their choices at a reasonable pace. Striking a balance is key – playing without rushing through your turns or stalling out. After you finish a match, note how much time is left in the round – finishing early is often the only time you might have to grab a bite to eat or get some fresh air.

4. Keep Track of Your Sagas

Sagas were received when they were first printed in Dominaria, and as such have been included in new sets multiple times since. They are ubiquitous throughout competitive formats. As such, it’s important to keep track of when they do and don’t trigger. Or the fact that they don’t even trigger per se.

At the beginning of a player’s first main phase, they place an additional lore counter on each Saga they control as a game action. Placing this lore counter can cause abilities to trigger, but is in and of itself not a trigger. Because of this, both a player and their opponent are expected to pay a higher degree of attention to them than say, abilities that trigger on upkeep. Accidentally missing one or accidentally letting your opponent miss one is a Game Play Error that results in a warning, and three of those warnings will result in a game loss.

Another offender here is the Day/Night mechanic. Whether its changed from Day to Night or Night to day is checked during a player’s untap step, but players are expected to keep track of it the same way they do Sagas. They’re not off the hook if the daybound permanent leaves the battlefield, either — once the mechanic is introduced to a game it’s tracked until that game ends.

5. Keep Karn Away From Emrakul

Emrakul, the Promised End is an unusual (but powerful) card, one that lets you take control of your opponent during their turn. When it was first printed in 2016, Wizards of the Coast noticed an equally unusual issue. Players were stopping when controlling their opponents, taking a look at their sideboard, and making note of what was in it. This was all completely within the rules, but not the best for keeping a quick pace of play.

As such, the comprehensive rules were updated so that players cannot look at or gain access to their opponent’s sideboard while controlling them. As an unintended but acknowledged knock-on effect, this means cards like Karn, the Great Creator can’t be used to access cards from the “wishboard” while taking control of a player.

Out of all the tips mentioned so far, this one is the least likely to come up in competitive play. But there are important things we can take away from it. Whenever you have the slightest amount of doubt over a rules interaction, call a judge. Judges are there to help you, and as evidenced above there are some weird interactions in competitive Magic. It’s unreasonable for a player to know all of them, which is why Judges are there – to give players an option outside of just guessing.