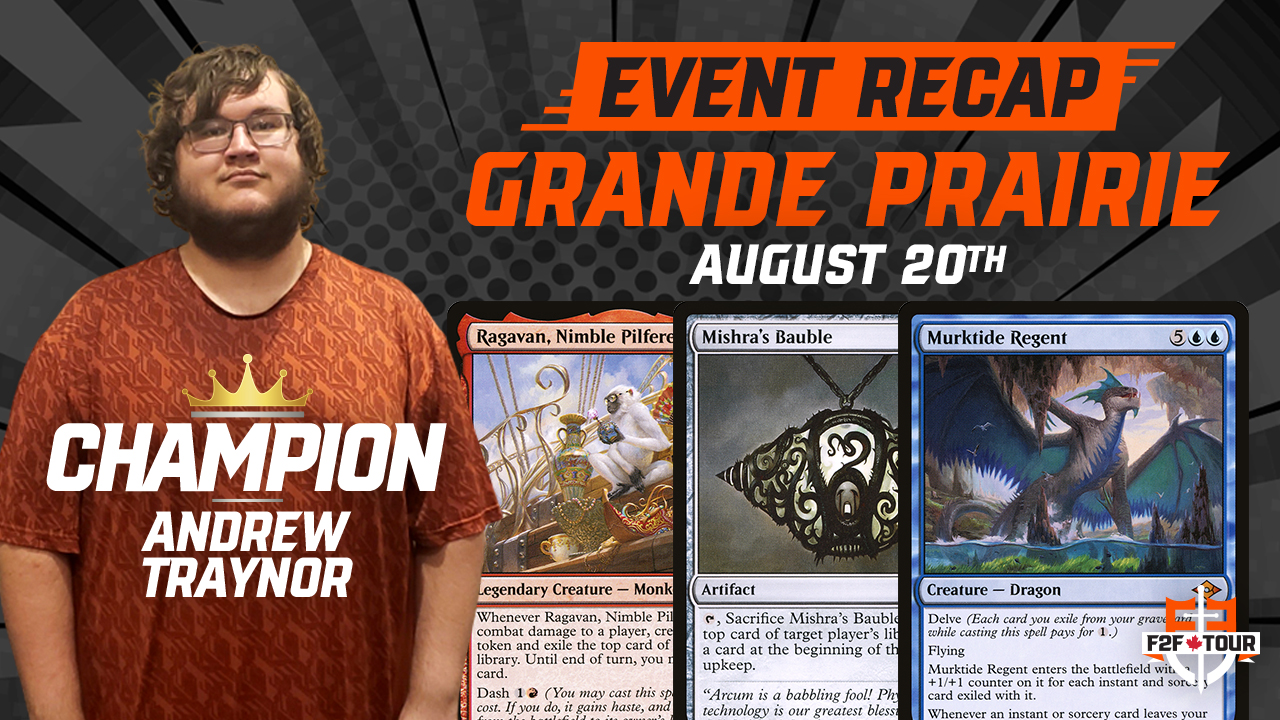 The F2F Tour returned to Alberta this past weekend. 57 players competed in the Modern Open and a familiar face took down the tournament. Andrew Traynor once again found success with his Murktide Regent deck. Just recently, he placed 5th at F2F Tour Stop Calgary, 2nd at F2F Tour Stop Regina and finally 8th at F2F Tour Stop Edmonton. Wow indeed! He’s going to be one to watch at the F2F Tour Championships happening later this year.

This was his latest masterpiece:

Inside of the top 8, it was fun to see Chantelle Campbell on the list. It was also fun to see her be the first person to top 8 an F2F Tour Stop with Goryo’s Vengeance in a long time. I obviously had to ask her why she landed on that deck choice.

“I’m just a girl looking for any excuse to cast Griselbrands. Also Cookbook is good against burn and I was expecting a good chunk of burn decks in Grande Prairie. Is it good? Unsure. Is it fun? Absolutely.“

2 Burn lists made the top 8, so it’s likely her expectation was on point!

4
Wrenn and Six
4
Teferi, Time Raveler
4
Vivien on the Hunt

The F2F Tour never stops and we are back at it again this Saturday for F2F Tour Stop Halifax. Check out the event page for full details!