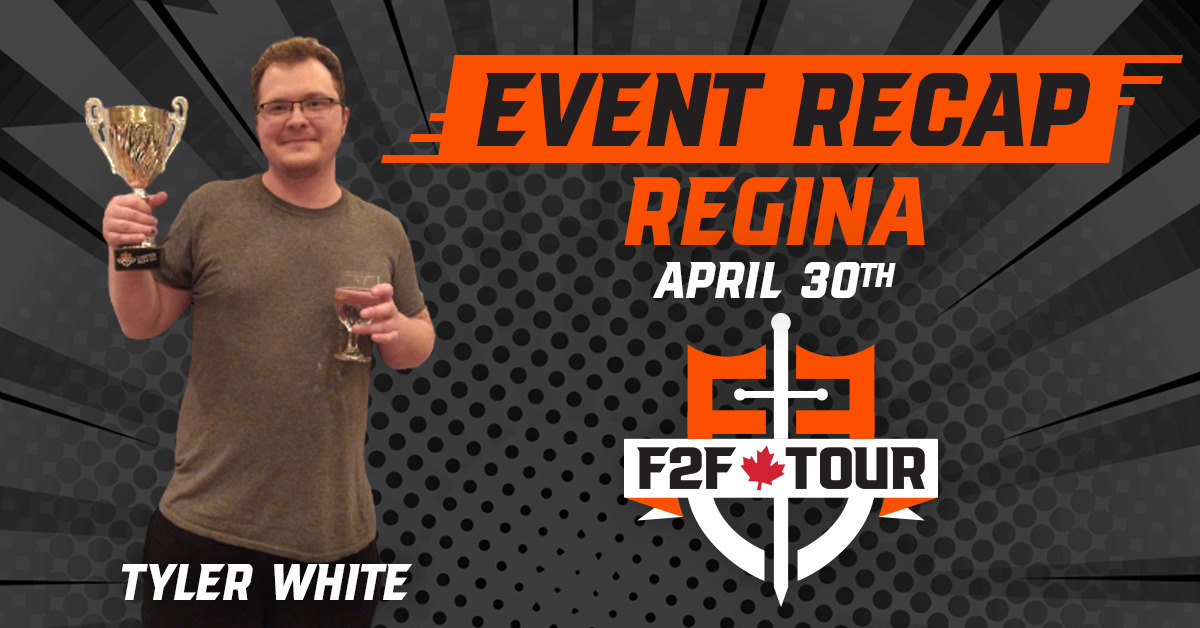 With the release of Streets of New Capenna players were ready to do battle this past weekend at the Face to Face Tour stop in Regina! Players came out excited to play in the Modern Open as well as jam some Commander games.

We fired an incredible number of Commander pods over the course of the event. If you’re looking to get in on the multi-player action at the next F2F Tour stop check out the Commander Experience Package!

As for the Modern main event we had over 100 players battling it out to become the F2F Tour Regina champion. After seven rounds of Modern action we finally had our Top 8.

After a grueling Top 8 a winner was declared – Tyler White piloting Four-Color Yorion! After battling Izzet Murktide in the hands of Andrew Traynor, Tyler emerged victorious. Both Tyler and Andrew will return to battle in the Tour Championship later this year.

When asked about his deck choice, this is what Tyler had to say: “I wanted to play a deck that was good against Cascade and Murktide, while having a good core. I decided to play the Eladamri’s Call/Ragavan version over the elementals version due to it being weak against Cascade. I loved how the deck played out, not being able to never run out of gas and always doing something while putting pressure on my opponent.”

Well there you have it, another F2F tour stop in the books! Join us in Halixfax on May 21st for another Modern F2F Tour Open and loads of Commander and other side events. See you there!