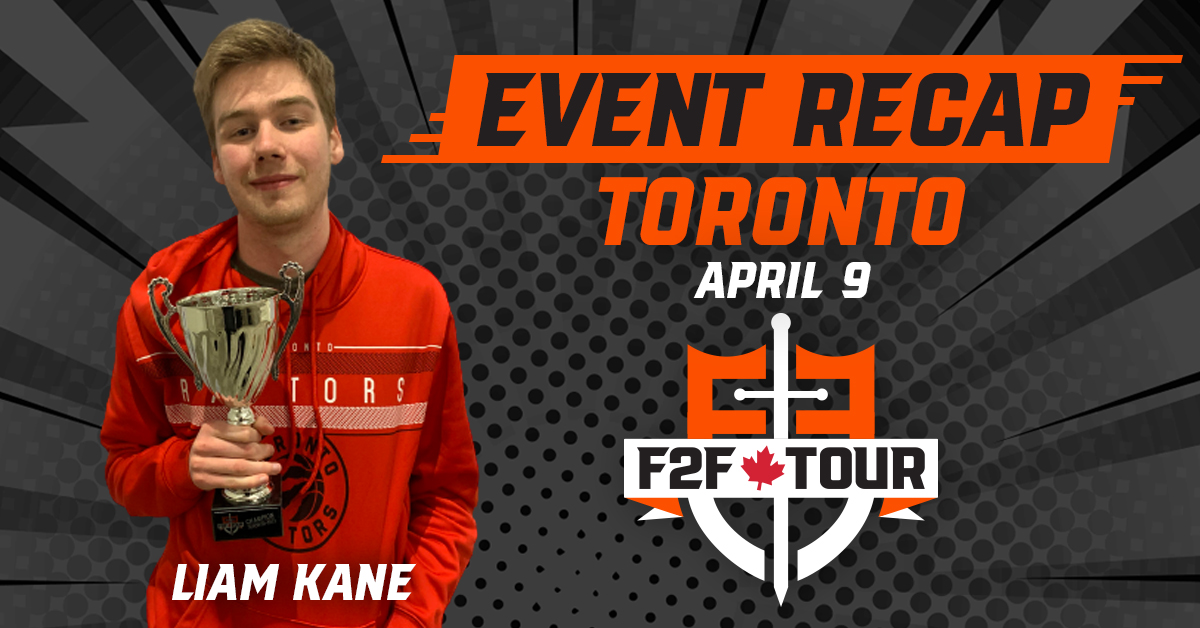 The F2F Tour returned in full force to Toronto this past weekend! With the recent Organized Play announcement players came out in droves to battle Modern over the course of the action-packed weekend.

In fact, the Open sold out as early as Monday and ended up giving out over $10,000 (!!) in prizes which is our biggest payout for an Open ever. It showed that players were definitely excited to get a crack at qualifying for the Pro Tour once again.

With lots of side events in addition to the main Modern Open there was non-stop Magic being played in Toronto. Would you believe that there were actually at least 95 Commander pods that ran throughout the weekend? Remember, getting a Commander Experience Package is one of the best ways to enjoy an F2F Tour Stop!

Emerging victorious at the end of the event was Liam Kane piloting Izzet Murktide. Fighting through a Top 8 of some of Canada’s most seasoned players Liam defeated Living End, Azorius Hammer and Amulet Titan to claim his victory. You can check out his tournament report on Reddit here.

David Booker, who finished in 6th, was piloting Living End. He only lost twice, unfortunately both times to Kane. He tells me he had been putting in a lot of work learning the deck and felt pretty confident versus most of the field except for experienced UW Control or UR Murktide players (oops!). He feels that the deck tends to be under represented in paper events, so it’s an archetype to consider for any upcoming F2F Tour Stop.

Veteran Amulet Titan player Jack Potter came in second, earning himself an invite to the Tour Championship. You can hear Jack discuss his card choices on the premier episode of “Searching for Tomorrow,” a new Magic podcast that focuses on up-and-coming Canadian players. Be sure to give it a listen!

We should mention that there was an unfortunate speed bump during the Open. A human error was made that led to a round being accidentally deleted. Then, due to the limitations of Event Link, the only solution was to replay the round. We have already put additional fail safes and training regiments in place to ensure a mistake like this never happens again. We would like to thank everyone once again for their understanding.

As for the Tour’s next stop join us in Regina on April 30th! This event will be the release weekend of Streets of New Capenna so be ready to jazz up those Modern and Commander decks with some new hotness.