Legacy is back on the menu! 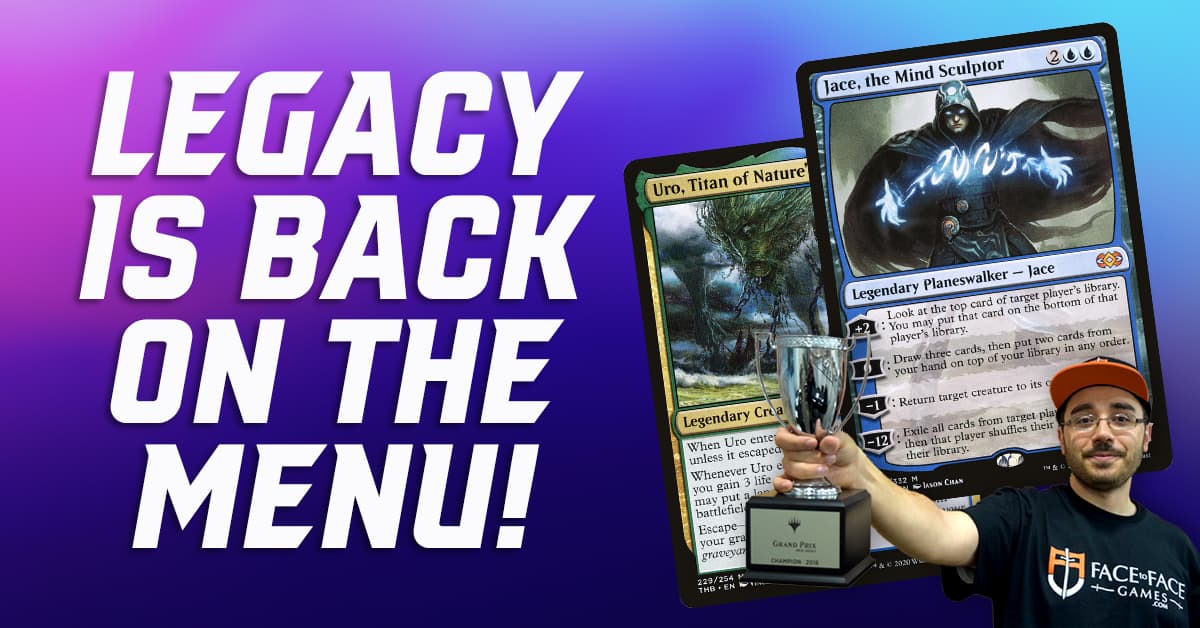 Hey folks! It’s been a while since I’ve been able to write about Legacy and boy am I excited to be revisiting the format. In case anyone is unaware, the powers that be have state that starting on May 28th 2021 they will be reallowing stores to have sanctioned tournaments in-house. They’ve already removed their restriction on having events, but this step goes a step further and actually shows their support of live play.

As soon as that happened it seems Eternal hosts across the United States were eager to get back in the saddle. There have been 20k, 40k, and even 100k tournaments announced in the Legacy format. These tournaments were so coveted they filled almost immediately and have wait lists a mile long. If you were lucky enough to get in on the ground floor, congratulations!

Let’s look a little at how Legacy has been given some new toys over the past year.

Even with all the new cool cards coming out. I tend to revert back to my good old reliable Miracles shell. The shell has been evolving since Sensei Diving Top got banned. Oko or Snoko as it was titled was the main build for a while. Now that Oko is also banned, the deck hinges more on utilizing Uro, Titan of Nature’s Wrath.

Having 10 Fetch Lands to enable the graveyard filling is nice, but also this deck loves a good way to gain life as it utilizes its spells efficiency with patience. Swords to Plowshares is as powerful as it ever was in the current format. Here’s a look at how the deck is built;

I built this sideboard a little in the blind, but with certain matchups in mind. Force of Vigor was my plan for the decks that are bringing Chalice of the Void as well as other hateful Artifact and Enchantments; Flusterstorm for the Storm player; Carpet of Flowers because blue is the most popular color; Monastery Mentor for people who board out all their removal spells and get punished; Surgical Extraction for the graveyard-based combo players. Then a few great utility cards against various matchups.

After making top 8 of a local Legacy 1.5k tournament with this, I would make a few changes. The second Veil of Summer in the main deck was a little too greedy. I think I want something else like a 4th Ponder in its spot. Out of the sideboard I am finding Mentor was redundant, the third Veil of Summer would go but I do want two copies in the 75. Other than that, the deck was great. I won a bunch; people were wholly unprepared for Uro and I would definitely recommend it to anyone that likes control. Having an additional removal spell or two somewhere in the 75 was also desirable. I’m leaning towards it being Path to Exile, but I would like to consider other possible options as well.

For variable options, here’s the list that crushed me in the top 8;

The addition of Allosaurus Shepherd has made the Miracles matchup miserable whereas it used to be very favorable. I’ll have to examine more options to help combat this matchup down the line. If you want to play something super fun and cool though, check this one out;

This decklist demonstrates a big reason Legacy is so popular. There are so many ways you can go with the format. I know I am looking forward to more brewing with all the powerful spells WOTC has been printing over the last year. Thanks for tuning in and see you next time.