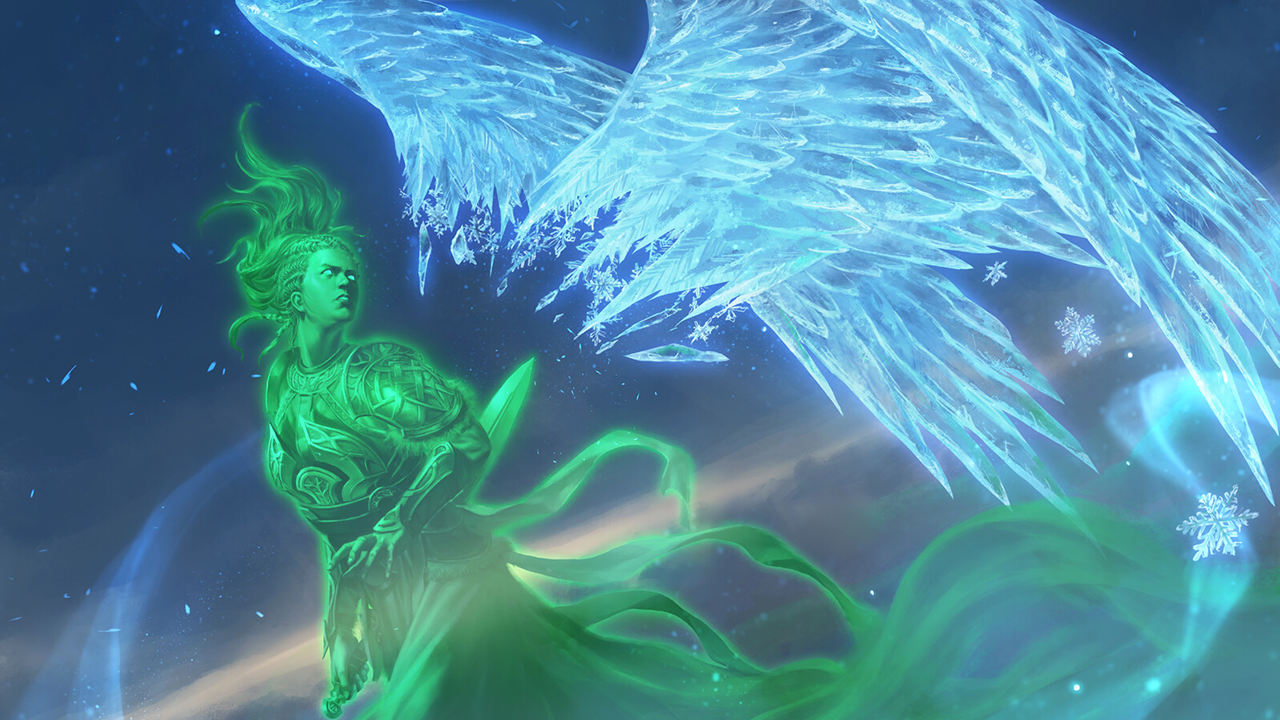 I’m back to talk about my Regional Championship Weekend Experience in Calgary during December 10-11.

As mentioned above, I participated in the Calgary RC (Pioneer) and this is the list I submitted:

Mentioning Points:
I started Round 1 by mulling to 5 in both games and never really put up a fight.

I got to make my Round 2 Opponent die from a Castle Locthwain activation by bouncing a Fable of the Mirror Breaker to their hand with Otawara.

I was 1 Snow-Land away from beating BR Midrange in Round 6 with 2 Faceless Havens, which would have locked me for Day 2, but I missed on my final draw.

The remaining 2 rounds were marred by mulling to 5 or 6 with 2 lands being 1 Snow-Basic Island and 1 Faceless Haven, and seeing 0-1 more land per game.

This isn’t the first time I’ve been having mana problems, as I fell victim to the same issues in the Toronto RC, so I’ll have to re-evaluate and adjust the mana base to cast my spells easier.

Bonus Content:
On Sunday, I didn’t really want to play more magic, due to my implosion at the end of the RC, but my friend convinced me to join the Pioneer Open and this is what I played:

Mentioning Points:
With the changes I made since the Toronto RC, I was shaving 1-2 Ascendant Spirits when playing against BR Midrange, but in my first 3 Rounds, Ascendant Spirit was the MVP, the biggest highlight being me winning a game on a mulligan to 4 on the play, so I will have to re-evaluate my sideboard plan for that matchup.

Even though I lost Round 4 to BR Midrange, my opponent admitted that if they didn’t have Sheoldred on Turn 4 in Game 3, they would have lost the match.

Closing Thoughts:
As opposed to Saturday’s collapse, I was able to salvage my weekend by Top 8’ing the Pioneer Open, and in turn, receiving a Season 2 RC Invite, which I’ll be using for Vancouver during March 11-12 2023.

As for Mono-Blue Spirits moving forward, I’m going to try out the following list:

Hopefully, by reducing 1 Faceless Haven for another Snow-Covered Island, it should allow me to see more blue sources and cast my spells more reliably early on.

Current Sideboard Guide:
BR Midrange: +2 Shore Up, +2 Disdainful Stoke; -4 Geistlight Snare
BR plays a lot of removal, so there will be times when Geistlight Snare costs 3 and is stuck in hand. Due to this, I try to be more focused on utilizing Spell Pierce. I bring in Disdainful Stroke because of the existence of Extinction Event and Shore Up to have more protection.

Mono-Green: +3 Aether Gust, +2 Disdainful Stroke; -4 Geistlight Snare, -1 Ascendant Spirit
Aether Gust and Disdainful Stroke are fairly self-explanatory as they delay or stop the green cards from gaining traction. For cards to take out, I usually take out Geistlight Snares because they are worse than the 2 mana counters I bring in and then I cut an Ascendant Spirit because it is the worst creature in the matchup due to not having flying.

Izzet Phoenix: +2 Unlicensed Hearse, +3 Mystical Dispute, +2 Shore Up; -4 Geistlight Snare, -2 Ascendant Spirit, -1 Shacklegeist
This is the worst matchup, so there’s only so much the sideboard can do to help. Unlicensed Hearse slows down Treasure Cruise and Arclight Phoenix, Mystical Dispute helps stop an early Thing in the Ice or Ledger Shredder, and Shore Up adds further protection against burns spells. I generally cut Geistlight Snare because it’s worse than Mystical Dispute, Ascendant Spirit isn’t a great mana investment, and I slim down on Shacklgeist to lower the curve a bit.

Mono-White Humans: +2 Brazen Borrower; -2 Spell Pierce
Brazen Borrower is very good due to Petty Theft as you can bounce a big problematic creature to regain tempo, whereas Spell Pierce doesn’t really interact well, even though Portable Hole comes in, it is better to Slip out the Back or Rattlechains as protection.

Abzan Greasefang: +2 Unlicensed Hearse, +2 Brazen Borrower, +2 Shore Up, +1 Orvar, the All-Form; -4 Geistlight Snare, -3 Ascendant Spirit
Unlicensed Hearse is great at preventing Greasefang from reanimating a vehicle from the graveyard, Brazen Borrower can help bounce a crewed vehicle back to hand, Shore Up protects from removal, and Orvar protects from Liliana of the Veil along with making your protection spells more threatening. Gesitlight Snare comes out as this matchup is more about keeping the vehicles off the table or unable to attack. Ascendant Spirit feels terrible against a bunch of 1/1’s who have already provided value when coming into play or provide value upon dying.

Gruul Vehicles: +3 Aether Gust, +2 Disdainful Stroke, +2 Brazen Borrower, +1 Shore Up; -4 Geistlight Snare, -4 Ascendant Spirit
Aether Gust is great against green and red cards, Disdainful Stroke is great against vehicles, Brazen Borrower is great at keeping the board clean, and Shore Up helps against additional removal. Geistlight Snare is the worst counterspell and Ascendant Spirit is the worst creature.

Keruga Fires: +2 Disdainful Stoke, +2 Brazen Borrower; -2 Geistlight Snare, -2 Shacklegeist
Disdainful Stroke is good against almost 20 cards, especially Fires of Invention. Brazen Borrower is good against Temporary Lockdown and most of the expensive creatures. I cut some Geistlight Snares as they become dead if Fires of Invention resolves and also terrible against Leyline Binding. Shacklegeist is very medium in this matchup and you’re probably losing if Fires has a few creatures in play anyways.

Conclusion:
According to the metagame data, these are still the most common matchups you’re likely to play against, however, if you have other archetypes that you’d like sideboard advice for, please let me know in the comments section and I’d be happy to reply.

If you have a Pioneer Event coming up soon, I still suggest giving this archetype a try as it is a lot of fun and is well-positioned, barring you don’t play against UR Phoenix.

Otherwise, I hope I was able to provide another solid breakdown of Mono-Blue Spirits and would be happy to hear your thoughts in the comment section below!

Until next time, I hope you enjoy the holidays, keep staying safe, aaaaaand bye!

Greetings from Singapore! Congrats on the invite~

Decided to try out spirits and I have a couple of questions:

-Is there any difference in your sideboard decision for BR Sac vs BR midrange? I am guessing disdainful stroke wouldn’t come in.

-How would you sideboard against Mono Red? There was a few decks running it in my store $1k event and Spirits just felt hopeless against it. (I assume your current sb isn’t teched against it for your rc?)

Hey Seetoh! Greetings to you too and thanks!

As per your questions:

Yeah, from what I can tell, Disdainful Stroke doesn’t hit anything in BR Sac except for Extinction Event and Meathook Massacre, so it’s probably too corner-case to include.

At least for me, Mono-Red has fallen off in popularity for other aggressive options like Humans and GR Vehicles, but I’m generally happy to play against Mono-Red…barring if Embercleave is involved or not.

My sideboard isn’t directly looking to hate on Red, but I do feel like there is a fair amount of overlap to cover against it anyways. The matchup will typically come down to clogging up the board, holding things down with Shacklegeist, and then eventually killing with flying spirits.