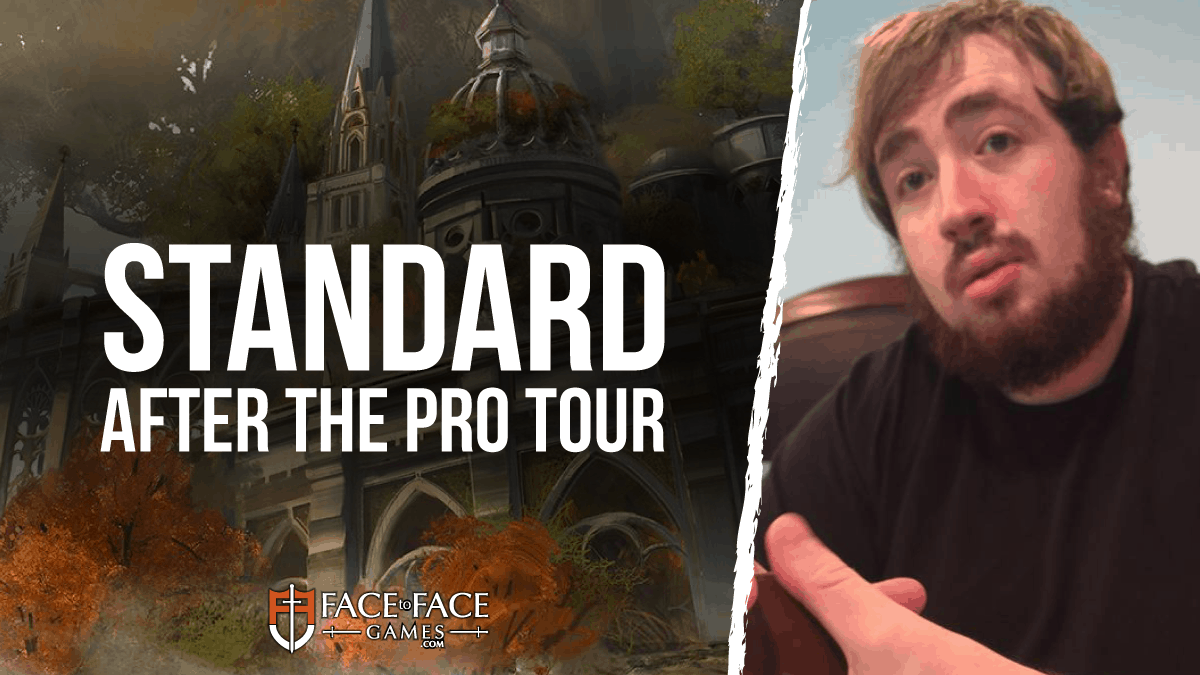 So there were six copies of white aggro decks in the Top 8 of Pro Tour Guilds of Ravnica.

I’m here to tell you everything is okay. In fact, Standard is the best it’s been in a very long time.

So what happened? Well for starters, white weenie was the deck to beat after its strong performance in the MOCS Monthly the week before the PT. This gave players without teams or players with little time to test a very strong and proactive deck to play for the Pro Tour. Heck, even most of our team was going to play a Boros deck a mere two days before the PT.

The fact is powerful aggressive decks like this are never a bad choice. Maybe not perfect, but never awful. There’s just only so much that can go wrong when your intention is to beat down.

Another contributing factor for the deck’s success was the lack of Jeskai Control at the PT. This had been one of the deck’s worst matchups ahead of the Pro Tour but didn’t show up in high numbers even after Eli Kassis’ victory at Grand Prix New Jersey.

If you’re looking to play Jeskai moving forward, I’d suggest moving to the [Card]Revitalize[/Card] version rather than packing [Card]Azor’s Gateway[/Card]s like Eli did.

But, you I know you didn’t come here for what happened at the Pro Tour. You want to know what I’m looking to play going forward.

What would I play in Grand Prix Milwaukee this weekend?

I think there are many options for players. I can’t really fault you for playing any of the decks in the format because the format is so close on power level when comparing archetypes.

That being said, I’ll give you a decklist for each archetype and rank them in order of which I’d prefer.

I would play Golgari Midrange at GP Milwaukee. Something very close to Michael Kundegraber’s list from the Pro Tour. The cards I would likely cut from the maindeck are one [Card]Thrashing Brontodon[/Card] and one [Card]Ravenous Chupacabra[/Card] for two [Card]Karn, Scion of Urza[/Card].

I would also change the sideboard around a bunch depending on what the perceived metagame will be. I might want some [Card]Golden Demise[/Card] alongside [Card] Ritual of Soot[/Card] to punish these white decks.

Your second option is the deck that most of Team Face to Face Games played at the Pro Tour. This is our take on the popular U/R Drakes deck, but we decided to splash white in order to improve our aggro matchups with [Card]Deafening Clarion[/Card].

This deck is just objectively one of the most powerful things you can do in Standard right now. You have access to a lot of good blue and red cards and a bit of a combo finish with the drakes, [Card]Maximize Velocity[/Card] and [Card]Arclight Phoenix[/Card] synergies.

This kind of Jeskai Control deck is one of the obvious choices if you’re looking to play a slower deck that can look to control the board against the white decks. Additionally, there could be a bump in Golgari decks after seeing the success of aggro decks at the Pro Tour, so playing with Teferi against a bunch of Golgari decks could be a nice place to be.

Last but not least we have level one. This was obviously the breakout deck at the Pro Tour and it’s objectively a very powerful strategy that forces your opponent to have very specific answers.

Now, it’s sitting here at number four on my list because it quite obviously will have a target on its back. But, if there’s anything we’ve learned from Standard as of late, it’s that powerful aggro decks always have a good shot in this format.

Good luck to all those who attend GP Milwaukee! The biggest piece of advice I can give you is to play what you’re comfortable with and have a plan for white weenie.