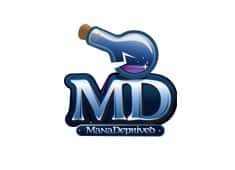 The Rundown is a new weekly feature that shows the results of local tournaments in Montreal and interesting decks around the world that we find for you guys to try out at your next FNM. No elaborate discussion, just list after list after list.

In this week’s Rundown, KYT goes over Caw-Blade, GW and of course, his beloved Podcaster deck. He also shows the Mono Red list that he will be using as a starting point for his personal Nationals gauntlet.

The best deck is still the best deck? Possibly. Justin Richardson, who has played Caw-Blade just as much as me and who has actually won a PTQ with it, tells me that out of all the lists he has seen, this is the one he would be using as a starting point. In fact, he has been testing a bit over the last week and concluded that if there was a tournament tomorrow, he would play most of the main deck, but with a different sideboard.

Everyone is raving about Blade Splicer, but my heart still belongs to Mirran Crusader. I told Kenji Tsumura that I really wanted to play Mirran Crusader in Caw-Blade instead and surprisingly, he told me that Katsuhiro Mori, 2005 World Champion, felt that Mirran Crusader was absolutely necessary in his testing. Katsuhiro ended up playing UW Puresteel Paladin at the event though.

If the Caw-Blade deck actually becomes really popular again, do not be surprised to see me packing Mirran Crusaders with Sword of War and Peace in my Caw-Blade list. Of course, I will not put too much stock in Japanese ideas anymore, because they play some REALLY weird stuff these days. It’s the only metagame where GW can actually do well.

In his latest article, PV bashed this decklist, which made the top 8 of Japanese Nationals, because it looked it was trying to go in too many directions. One Birthing Pod yet there are a few one-ofs in the deck? How does that make any sense? The deck was one of two GW decks that Tsuyoshi Fujita had designed for Japanese Nationals. He ended up playing the other version:

I have played this list in the last couple of days and I feel it’s a solid deck. I also highly respect Mr. Fujita and his deckbuilding prowess, but I also promised myself that I would stay away from decks with mana accelerants (Birds of Paradise and Nest Invader in this case) after disliking my experience playing Mythic in Extended. When you play mana dorks, other cards in your list have to make them useful later on in the game so that it is not a dead card. In this specific list, Fujita tries to satisfy this by playing 3 Sword of Feast and Famine and 4 Garruk Wildspeaker.

When you look at this list, the most important question to ask yourself is if it simply a bad version of Caw-Blade. As Alex Hayne would tell me last night, “don’t you want to be playing Preordain instead of Birds of Paradise? And instead of Nest Invader, you could be playing something awesome, like you know, MANA LEAK?”.

Though inconsistent, some decks just cannot deal with a turn 2 Mirran Crusader. For those of you who want to be playing this style of deck however, I highly recommend bringing this version to your next FNM.

To my surprise this week, my friend Brian Ziemba tweeted at me that he had gone undefeated (4-0) in a daily event with my deck and that he felt it was a legit choice. Funnily enough, this was where I had started to give up on the Podcaster deck because I feel that while our matchup might have been fine against Valakut pre-M12, the fact that Valakut got a lot more consistent with Rampant Growth and Solemn Simulacrum has definitely made me feel that this is no longer the time for a Podcaster deck. There’s no use Mindslaving someone when you are already dead.

Since this was on MTGO, Brian was forced to replace the Solemns I had in my decklist for a Peace Strider and more Phyrexian Metamorphs. Peace Strider is probably too cute, but the fact that we relentlessly don’t pay for life while using Birthing Pod means that any source of life gain should be seriously considered. Heck, I even had a Trinket Mage at one point to go fetch Elixir of Immortality. My dear friend Alex Hayne thinks the Trinket Mage + Voltaic Key combination might have potential, so that’s definitely something to keep in mind.

As for me, after testing against Phil Samms who was on Pyromancer Ascension, I decided I no longer wanted to be forced to fetch for Precursor Golem at 5. When you have Solemn with a Birthing Pod and you don’t want to Pod up to a creature, there is a problem. There had to be other options. I dabbled with Green, so that I could have access to Acidic Slime, but I didn’t like the mana. It was inconsistent even if it allowed you to pay green for Birthing Pod, so I tried White:

Now, I haven’t tested this specific version extensively because I had given up on the archetype for now, but this would certainly be where I would start. White gives us Archon of Justice instead of Precursor Golem. It also gives us Elesh Norn and I really think she is the real deal after testing a bunch of games with her. It completely devastates other Pod decks and she was even great for me in my games against Caw-Blade where you basically one-side Wrath them. As an additional bonus, she also shuts down Inkmoth Nexus, which is key because we have so little defense against flying.

Linvala is actual an idea I just got from reading Mike Flores’ latest article on SCG. It shuts down a fair number of creatures, but the main draw is a tutorable (is this even a word?) answer against Splinter Twin. Mike sides it out against Valakut, but maybe it’s not that bad against a field of Overgrown Battlements.

Cody Crossman who has trolled me about Silver Myr for the longest time might be happy to know that I am considering booting out that card. However, I still think it’s a solid card in this specific deck and it’s not like you can’t Pod it into something better later in the game. As a replacement, I keep thinking about Augur Owl because it is blue and it flies. I have also considered Wall of Omens and this is where Justin Richardson tells me that Wall of Omens is garbage (“Why don’t you just play Squadron Hawks, KYT?”). Hmmm, I guess Hawks + Birthing Pod could be pretty good…

This is a fresh decklist from the Last Chance Qualifier Top 8 of French Nationals. I actually do not believe Mono Red to be as bad as people think it is. It was played in large numbers at Japanese Nationals with no copies making the top 8, but who knows how well these players actually did in the Constructed portion of the tournament.

The obvious omission from this list is Shrine of the Burning Rage, which has become known as probably the most powerful card in the archetype. However, I am going to be testing this list because I really want to see what I think about Chandra’s Phoenix and this particular deck plays 4 copies, so I will be seeing them more frequently during my testing. Is it the real deal? Chime in, Mono Red experts!