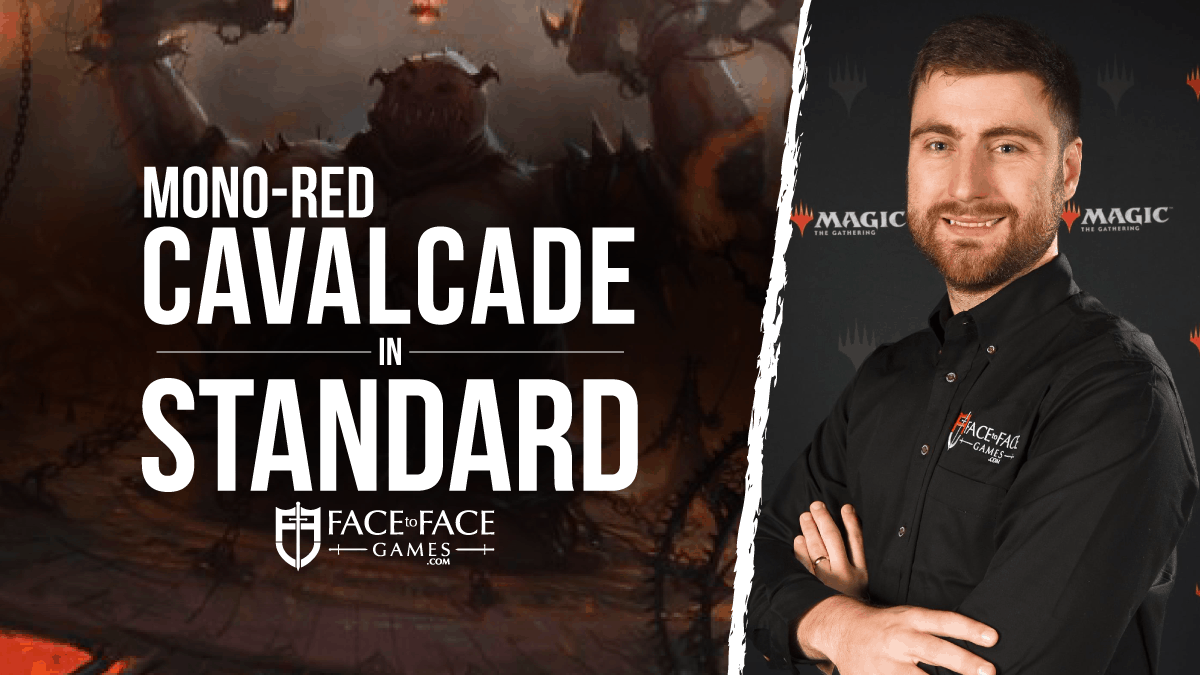 It’s only been a week of this new Standard format and we already have a king of the realm, or maybe a deck atop the beanstalk — depending on the most circuitous way for me to describe Golos’s place in the metagame. Different variants of the deck were the weapon of choice for seven of the Top 8 teams at the SCG Open in Philly this past weekend. I was personally busy playing Throne of Eldraine Sealed at Grand Prix Montreal. But now with the Arena MCQ and Mythic Championship Richmond coming up in the next month I’ve jumped into standard to see what’s up.

After Golos’ dominating performance, and a ban announcement scheduled right after, some players were wishing for reprieve after just a single weekend of moderate domination. The argument cited is less based on the deck’s strength but more on the overall enjoyment of games with and against the deck, it’s somewhat repetitive game play, long rounds in paper and awkward Online UI’s. This concern is serious enough that it has even caused Wizards to officially move the B&R announcement directly after the Arena Mythic Championship V in Long Beach to give a chance for a fresh format at the Tabletop Mythic Championship VI in Richmond.

Not banning Field seems like a big mistake to me. It’s an oppressive deck, but beyond that it leads to long rounds in paper, and the Arena UI is awful once you get too many lands in play.

With that in mind, the deck is pretty clearly still beatable as far as I’m concerned, so let’s take a closer look at it:

What we have here is essentially a ramp deck, spending its early turns setting up its manabase before starting to take over the game around turn four or five. It starts creating and endless stream of zombies to stymie aggro decks and pressure control decks. Now that [Card]Field of Ruin[/Card], [Card]Blood Sun[/Card] and [Card]Alpine Moon[/Card] have rotated, there’s no longer any reasonable way to interact with [Card]Field of the Dead[/Card] in the format. This makes it nigh impossible for a control deck to possibly go over the top of it.

In order to beat the Golos I’d like to propose trying to go under it. We need to be sure to select a deck which is both able to pile on damage early and continue to deal damage through an inevitable zombie army. One option is Gruul Aggro. A deck that Wyatt Darby has been tuning on on his stream to combat Golos. The deck pushes damage with a good aggressive curve and can continue to attack through or over Zombie tokens with [Card]Questing Beast[/Card], [Card]Skarrgan Hellkite[/Card] and [Card]Collision // Colossus[/Card].

I’d also like to show you another way you can go underneath these decks. A little brew I’ve been playing to moderate success on Arena. With inspiration coming from Ranggyu’s 4th place MOCS finish.

This curve of cards comes essentially custom made for each other. With no other help, past three mountains, this allows us to deal 20 damage by turn four. [Card]Chandra’s Spitfire[/Card] is an extremely effective card and provides huge bursts of damage right over a zombie army. Alternatively Cavalacade with [Card]Torbran, Thane of Red Fell[/Card] and any of our cavalcade of 1\1s also provides massive amounts of unblockable damage on turn four.

This variant’s advantage over the more classic Mono-Red decks is its increased ability to keep pushing damage through regardless of blockers. It can also be more explosive by turn four than the red deck from last format. Rather than playing a variety of removal we can pack the deck full of consistent sources of damage. With 15 one drops we can guarantee a fast start and we should certainly be mulliganining to ensure we have at least one of them. In particular I’ve chosen to not play [Card]Bonecrusher Giant[/Card] — an extremely powerful new card from ELD — as setting up two for ones is simply not our game plan. Cutting our burn spells certainly has a cost in some metagames, but I believe this is just a better way to build red aggressive decks at this moment in time.

One choice I’m making over other cavalcade lists I’ve seen is the inclusion of [Card]Runaway Steam-Kin[/Card]. While the card isn’t completely “on brand” for the deck, it is clearly a very powerful mono-red card and attacks from a slightly different angle. It can both provide a threat that can help us play around red sweepers while also powering our post-board [Card]Experimental Frenzy[/Card]s against the format’s midrange decks.

The rest of the sideboard I’m still unsure of and could still use work. While I like the Golos matchup, the green midrange decks, such as Oko Food and Gruul can be a challenge. The current plan is essentially just Frenzy, but if they’re ready with an answer to it we can be in quite a bit of trouble.

In any case, while Golos may be causing some early frustration, but this format is still very new and unexplored. I look forward to exploring it for the next couple months and if a ban does indeed happen in two weeks, I just see it as a chance to solve an ever changing problem. I firmly believe Standard has been excellent for the past 1-2 years, and while [Card]Field of the Dead[/Card] has caused a bit of a whiff, mistakes are going to happen and I’m glad to see WotC is willing to at least consider responding.