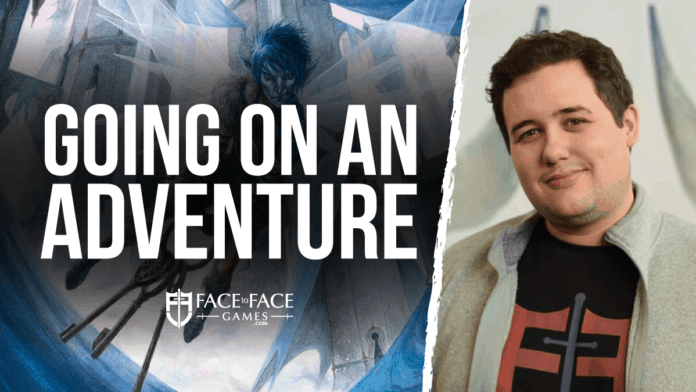 Ah, it’s good to be back. After what seemed like an eternity of an irrelevant Standard format, broken in half first by Scapeshift, then by Kethis, a rotation is upon us, and the bounty unloaded upon us with Throne of Eldraine is a deckbuilder’s paradise. There are a lot of very exciting cards in this set, and given that I’ve been baited into caring even more than usual thanks to some little red creatures carrying me to a qualification for the Mythic Championship in Richmond, it’s time to get down to business.

While I’ve been obsessing over Modern — the format of kings — lately, much has already been said about this upcoming Standard format by those more logged into the goings-on of Magic Arena — the Menguccis of the world and what-not. There are some consistent conclusions already being reached: the mana isn’t great, and the good three mana planeswalkers are unsurprisingly, actually great. Everyone’s deep into their hot takes, and I can’t pretend that I’ve read every article on the topic, so please forgive me if some of my insights are, well, less than unique.

For week one Standard, I’m building decks on this fundamental premise: the premium creatures with Adventure are immensely powerful. They provide card advantage and flexibility in a way that adds substantial midrange power to whatever hand they find themselves in, and can be exploited as such to create truly adaptable decks, so long as you build them in a way that takes advantage of their midrange potential. My first list today, inspired by my pure, chaste, and undying love for the late Splinter Twin, tries to maximize the aggressive potential of Bonecrusher Giant and Brazen Borrower. It takes advantage of the high density of instants and flash creatures to try and recreate that feeling of a post-board Twin deck that plays interactively on the stack and on the board, while secretly hiding a number of midrange threats that can unexpectedly take over the game.

I’m a big fan of the flash sub-theme provided by Brineborn Cutthroat that allows us to try out a strategy like this. So far, the format has appeared to be pretty creature-centric, if only thanks to the lingering impact of the War of the Spark planeswalkers, so the high density of removal provided by the spell base alongside the two Adventure creatures is likely to be quite welcome. The small card pool available to us in this post-rotation Standard leaves us grasping for straws at times when filling out the deck, so cards like Dungeon Geists have to be taken with a grain of salt. This card has been powerful in the past, and with so many fliers in the deck, winning in the air while stalling out the ground is a legitimate strategy.

There are a couple question marks left in this deck, and the hardest for me to evaluate is The Royal Scions. People have largely been unimpressed with this card so far, but I’d argue that it’s due to everyone trying to exploit its role as a Merfolk Looter in order to fuel Arclight Phoenix strategies. Sure, I love me some Phoenix, but I’m confident that, for this card to be good, you have to be taking advantage of the +2/+0 ability to apply pressure on multiple angles. A good tempo deck is one that’s able to exploit time as a resource, in addition to the game’s more traditional set of numerical resources. A planeswalker quickly ticking up towards an Opportunity Fireball while turning Brazen Borrower into a four-turn clock in a deck full of ways to keep the opponent off the board is everything I could ever dream of. It’s not a looter, it’s a ticking time bomb. Alternatively, you’re behind on board, and it loots once, then dies, though even in this situation, the card’s loyalty is so staggeringly high that the mere life gain might be worth it.

The other problem is of course the elephant in the room, the extremely perverse static ability on the omnipresent Teferi, Time Raveler. What’s the point of playing a flash deck, after all, when there’s incomprehensibly a line of text on an otherwise still-powerful planeswalker randomly blanking every other card in your deck? I have faith in this deck still, for two reasons: it contains a lot of creatures and burn, and can probably recover from the setback of dealing with a Teferi, and the format’s mana is so weak that many decks might not end up having access to it. It’s not like you can play Teferi into Kaya’s Wrath anymore, and green midrange decks won’t be able to support it in the same way that they could with Sunpetal Groves and what not. Hopefully it works out.

Please give this deck a whirl, and tell me how good it feels to cast Essence Capture, putting two +1/+1 counters on a Brineborn Cutthroat.

Next up, we have a completely different beast, inspired by the fact that Murderous Rider has a creature attached to its Hero’s Downfall. There are a lot of strange, Theros-style mana costs in Throne of Eldraine, leading me to the shocking conclusion that the Theros set coming out next year will include the “devotion” mechanic from the original Theros sets. If you are as clever of a sleuth as I am, and agree with this assessment, then a strategy along these lines could be a wise investment, especially if you’re less concerned about having the most tier one Standard deck possible, and more about playing an extremely fun mono-black midrange strategy that only stands to get better next year.

If I’ve sold you on the killer combination of fun and good investments, then let’s dive right into it.

I’ve been thirsting after a Priest of the Forgotten Gods deck ever since the card was spoiled, and while it really just didn’t excel in the last Standard format, I feel strongly that mono-black now has enough tools to make things happen. First off, almost every card in this deck plays to the board, something I’m confident is essential in Standard’s new midrange era. A ton of the cards in our deck function as incidental removal, from Murderous Rider to Cavalier of Night, with a bunch of edict effects stuck in the middle. However, the objective of the strategy is to take advantage of the otherwise still reasonable cards of Gutterbones, Lazotev Reaver, Dreadhorde Invasion and Midnight Reaper to break the symmetries on cards like Ayara, First of Locthwain, Rankle, Master of Pranks and Cavalier of Night.

Rounding out the Theros throwbacks, we have three copies of Elspeth, Sun’s Champion– I mean, uh, Liliana, Dreadhorde General, in the six-drop slot, ensuring absolute midrange dominance. The full set of eight temples lets our land-heavy deck have some control over the cards being drawn. There’s a lesson to be learned here for other decks, in fact: so long as the format isn’t ~too~ fast, off-colour Temples can be worth their weight in gold. Scrying for free is no joke.

There are a bunch of other cool synergies in this deck, from Priest, Ayara, and Rankle all triggering Gutterbones without needing to connect in combat, to Midnight Reaper triggering off of Dreadhorde Invasion tokens — oh, wait. Can’t have them all, I guess. I just hope they let us have Thoughtseize in the new Theros set. Oh well, a boy can dream.