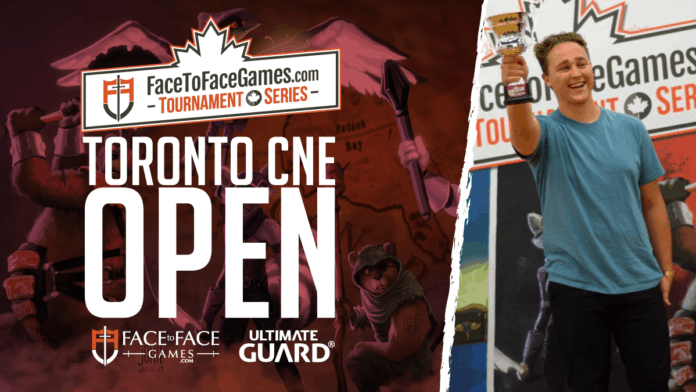 I’ve obviously always hoped this day would come. That I would win a tournament and be faced with the unfortunate task of trying to awkwardly write about my victory.

Well, here we are. I won the Face to Face Games Modern Open at the Canadian National Exhibition this past Saturday.

I wish I could say I played perfectly and rolled through all of my opponents throughout the day on my way to holding the trophy. But, in reality I was met every round with the complexity of the interactions within the Humans archetype, and mostly crawled over the finish line.

If there’s any major takeaways I can offer after the event, it’s that Humans is an incredibly powerful and resilient deck. It made up three of the top four decks in the tournament and I was able to beat three separate U/W based control decks on the back of Militia Bugler which was the most impressive angle of attack for the deck in my experience. I just wasn’t familiar with the extent that Humans could grind.

On top of the three copies of Humans, the rest of the Top 8 was two different Death’s Shadow decks, a Mardu Pyromancer deck, a U/W Spirits deck and a B/R Vengevine deck.

Spirits and Vengevine are two decks that have risen to prominence in Modern a lot as of late. Spirits acquired a new lord in Supreme Phantom and Vengevine has been further enabled by Stitcher’s Supplier.

The format continues to move at lightning speed, and right now everyone is trying to catch up to Humans. Going forward, I suspect we’re going to see a strong uptick in this new Hardened Scales Affinity deck that won Grand Prix Prague over the weekend. This deck is extremely powerful when un-interacted with and in my opinion has a very good Humans matchup. So, if you want to haul off to the next Face to Face Games Modern event with Champion of the Parish in your deck, I’d suggest having a plan for Scales.

Before I go I’d also like to mention the venue. The event was hosted during the Canadian National Exhibition in the Gaming Garage. The space was so cool and the various tech vendors that setup there went all out to make sure everyone was enjoying themselves. Check out our photos from the event below!