A Guide to Pioneer Simic Spirits 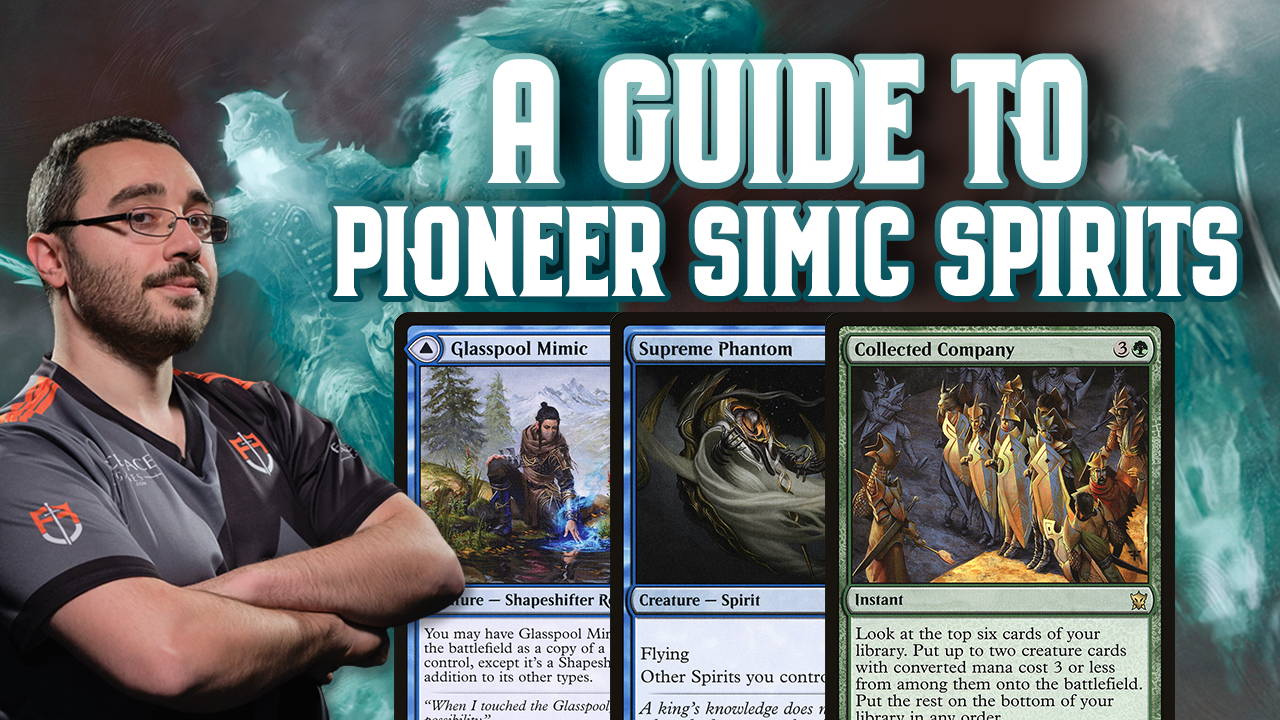 For the Philly SCG I played Dimir Spirits in the trials and main event. I quickly realized the mana was flawed and bought the cards to turn Black into Red. For Atlanta Regionals I played Izzet Spirits. Rending Volley really is the best sideboard card for so many matchups.

Dimir had the issue of playing Drowned Catacombs and being a mana liability. Izzet was pretty solid but played cards that didn’t advance the creature type theme. Simic is seeking to add power level to the already existing theme.


First question I imagine most people will ask is “why not Bant?” Despite Pioneer having pathways, shocklands, and fast lands it’s difficult for Pioneer to support three-color decks without fetchlands. The mana bases for three-color decks, especially for creature-heavy decks are too shaky. There’s a reason why Phoenix is an Izzet deck and Rakdos isn’t Jund or Grixis. Any deck with three or more colors tends to suffer catastrophic results and much of it can be traced back to unstable mana bases.

Collected Company doesn’t need much explanation. In order to make it work in a deck like Spirits with a lower creature count and lower curve I added Glasspool Mimic. Glasspool Mimic gives us more flexibility with the mana base. This ensures we hit our four drop in a timely fashion without having to play too many lands that come into play tapped. Supreme Phantom into Glasspool Mimic is a start I’m always happy to see. Multiple flying spirit lords usually spell disaster for the opponent.

The sideboard gets to pickup the most potent weapon against the Rakdos Menace in Shapers’ Sanctuary. I would probaby also board it in against Phoenix, but we have a bit of a stacked sideboard for that matchup as well – four Mystical Disputes, the Unlicensed Hearse, and The Tormod’s Crypt. Luckily, I probably would not want Aether Gust for that matchup. Brazen Borrower is also a consideration in that matchup.

With all Collected Company decks if you board in too many noncreature spells you’ll actually have to end up sideboarding out copies of Company. I’m reluctant to do this just because Collected Company is the deck’s most powerful spell. If you have to cut creatures you can’t afford your four mana windmill slam card to be useless. There are games were we can trim on Curious Obsession, Lofty Denial, Geistlight Snare, Spell Pierce, and Slip out the Back. This allows us to keep Collected Company with our creature count intact.

There are twenty five creatures for Collected Company to hit, but unfortunately eight of them are one drops that aren’t particularly powerful. Fortunately, when you have a counter and a Collected Company it feels really good to pass the turn and know you’re in full control of the game. The Aether Gusts in the sideboard may not come in versus Phoenix, but they are super good vs Mono Green and Gruul Vehicles. We are light on graveyard hate, because we already have a super good matchup against Greasefang. There aren’t many other graveyard-centric decks in the format which allows us to have more sideboard slots for the more popular decks.

Mono-White Aggro is Spirits’ worst nightmare. Most believe Rakdos to be a problem, but between Collected Company and Shapers’ Sanctuary, I dare say it’s probably a great matchup. Phoenix is tricky in game one, but we have a stacked sideboard ready to combat that matchup. Don’t forget that Shapers’ Sanctuary also reduces the cost of casting a Geistlight Snare, so there’s additional synergies abound with this deck. As Lotus Field picks up in popularity, this deck thrives on beating up on exactly those kinds of strategies.

Pioneer may be a diverse format, but your average opponent will be playing one of the format’s top five decks. A deck like Spirits thrives on beating up the expected metagame. However, you may run into random brews – I even lost to a brew in round one of the Dreamhack Regional Championship! While that may deter some, recognize that decks like Mono-White Aggro face similar issues and it was in fact a White Weenie player that emerged victorious in Atlanta.

Rather than run away from your bad matchups Pioneer offers the tools to be able to find extremely creative “tech.” If I could find Leyline of Combustion to help my squad crush Worlds then anyone could find the right tech to trump their bad matchups as well. Getting sufficient reps in with any deck is integral to winning in this format. Not only should you study your own plans, but also study the ones people commonly use against your deck type. That’s really the winning recipe for any event.

I hope you enjoy Simic Spirits. Good Luck battling in your next Pioneer event and as always- thanks for tuning in!