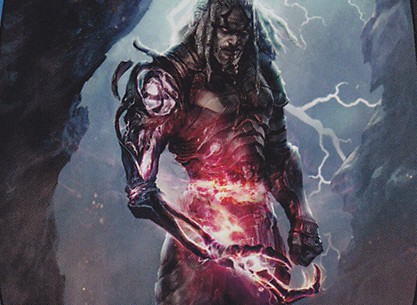 Due to all of the feedback I received from last week’s article, I’ve decided to follow up this week with a continuance article where I’ll explore farther in depth the Tezzeret list of last week, while promising a new list I threw together on MODO, which is achieving fairly decent success.

Now I was expecting solely negative feedback in regards to [Card]Tezzeret, Agent of Bolas[/Card] as all decks featuring him, up to this point, have been fairly lackluster but its nice to see people haven’t given up hope.

So let’s jump into it starting with the card that seemed to cause the most discussion: [Card]Torpor Orb[/Card]. The card essentially removes any enter the battlefield text from all creatures. An immediate point to keep in mind for the Tezzeret deck, is this card nullifies hate cards like [Card]Manic Vandal[/Card], [Card]Viridian Corrupter[/Card] and [Card]Acidic Slime[/Card]. So right off the bat the card prevents the immediate loss of tempo by preventing your opponent from “two for oneing” you.

The second aspect to examine with the card is how it will impact the perceived metagame. The decks I will look at are Valakut, Exarch Twin, Mono Red & Birthing Pod. The immediate impact against Valakut is it blanks both [Card]Primeval Titan[/Card] and [Card]Avenger of Zendikar[/Card]. Now the Avenger becomes almost completely nullified by the Orb, it still is a 5/5 so that’s something.

The Titan on the other hand is a bigger problem. In the past the deck required running counterspells to deal with such threats as Titans, not due to it being a 6/6 but because of its triggers. The orb blanks the Titan’s Enter The Battlefield trigger but we still need something for its attack trigger, which is where [Card]Tumble Magnet[/Card] and/or [Card]Doom Blade[/Card] enters. Now you can’t really interact with their ramp spells but the Orb does help in nullifying two of Valakuts bigger threats and buying you time to find the other answers to those other threat ala [Card]Tectonic Edge[/Card].

There are many variants of Exarch Twin that exists, some with back up Titan plans even but the Orb has the same effect on Primeval as every other Titan so I’ll focus on the combo instead. [Card]Torpor Orb[/Card] kills the combo. There’s not much in the form of explanation required, [Card]Deceiver Exarch[/Card] relies on its enter the battlefield trigger to untap the original copy, so without that trigger there is no combo. Period.

[Card]Birthing Pod[/Card] decks seem to be the most affected by the Orb. Similar to [Card]Fauna Shaman[/Card] decks of the past, Pod decks seek to maximize on their creature count. Further most of the creatures on their own are relatively weak, however coupled with their Enter The Battlefield triggers, the deck becomes a tool box of answers. Thus by eliminating those triggers with the Orb, the Pod decks become much less interactive and much more one dimensional. Moreover, similar to [Card]Survival of the Fittest[/Card] decks from Mirage/Tempest standard, all the answer cards the deck will pack, will usually appear in the form of creatures with triggers, so there will be an inherent difficult in getting rid of the Orb.

Last we arrive at Mono Red, which is the biggest problem in the room. [Card]Torpor Orb[/Card] is absolutely useless against this deck. The only card they have that the Orb interacts with is [Card]Manic Vandal[/Card], which is a sideboard card and does not justify having it in post-sideboard matches. The Orb is most useful in situations where it can affect multiple targets or can affect targets that will win your opponents the game and the Vandal does not fall into either category of card.

The final choice in regards to the Orb is how many copies to play. For the moment I’m kind of stuck on having three in the deck. Four seems too many but if the Mono Red becomes an extremely prevalent deck, which with the reprinting of [Card]Grim Lavamancer[/Card] it will be, the number should be cut down to 2 copies. Speaking of reprints, no [Card]Counterspell[/Card] in M12. You can check the card numbers if you do not believe me.

Speaking of Mono Red, another card I included that caused some comments was [Card]Norn’s Annex[/Card]. Now I tested it out and while it was extremely effective against Exarch Twin, Mono Red just paid two life and burned me out. In fact, the only decks that it was relatively effective against were decks where Torpor Orb was already better and most of those decks were not Tier 1 strategies. So similar to my initial thought, that card has been wiped away.

Something the deck was originally missing is artifacts that will be on the battlefield to allow Tezzeret more efficiently end the game. Patrick Chapin’s original list include four copies of [Card]Prophetic Prism[/Card] for mana fixing, which helped his three color deck but in this case, the deck is two colors and mana fixing is not of great importance. Instead I think the inclusion of [Card]Ichor Wellspring[/Card] would be effective as it allows for cycling and is another artifact lying around for Tezzeret.

So the updated Tezzeret list looks something similar to this:

The current iteration comes in low on the curve, which allows for multiple plays a turn from the card advantage generated by Jace and Tezzeret. The downside for many people who were sick of long matches is the deck is a grind out deck. Generating enough momentum, the deck can get there early enough but chances are it will be a grind out game. As well for those who are not a fan of the discard spells, I’ve tried testing counterspells and they played a decent role. I was less of a fan as it makes the deck much more reactive than proactive and it could lose a lot of tempo by sitting back. The added bonus of discard is the information revealed by your opponents hand. [Card]Gitaxian Probe[/Card] at first seems to have potential but many times you would prefer having any other card over it so I believe its inclusion would be a mistake.

As for the sideboard, the changes made have been primarily to combat Mono Red with [Card]Mental Misstep[/Card] as countering their [Card]Goblin Guide[/Card]s and soon [Card]Goblin Grenade[/Card] can prevent a lot of the momentum swings Mono Red experiences. The [Card]Stoic Rebuttal[/Card] is for combating the grind out game and will generally be most effective in the late game to counter the big spells as opposed to the early game.

As of right now, that is my take on the creature less version of Tezzeret. At the same time I have been testing another version of Tezzeret which is much more aggro based, similar to the Block Tempered Steel decks, which relies on Tezzeret as the main card advantage engine to grind down your opponents. Before any explanations, here is where the list currently stands.

The deck is an aggro deck which pumps out creatures as quickly as possible to gain an immediate advantage before bringing out [Card]Steel Overseer[/Card] to increase your armies’ size or [Card]Tezzeret, Agent of Bolas[/Card] to pump a single creature or generate card advantage and find extra creatures. The main problem I have had with the deck is that your board can die really easily to [Card]Pyroclasm[/Card]/[Card]Slagstorm[/Card] and [Card]Day of Judgment[/Card] so you need to ensure not to overextend or you will be crushed.

The positive is that, the deck can get off to explosive starts that will whittle down your opponent’s life so that even if they do get off one of the above mentioned card, you will generally only need three or four artifacts in play when you activate Tezzeret’s ultimate which is fairly realistic. An important point to remember is [Card]Inkmoth Nexus[/Card] can turns itself into an artifact creature so that if you need an extra artifact for lethal you can put Tezzeret’s ability on the stack and change the Nexus into an artifact while holding priority to increase your artifact count.

Other differences from the non-creature list are the two copies of [Card]Mox Opal[/Card] which fit much better into this shell as you have the artifacts capable of activating it on turn 1. Geth’s Verdict has worked remarkably well due to the low amount of creature decks I’ve face though changing it for [Card]Doom Blade[/Card], [Card]Dismember[/Card] or [Card]Go For The Throat[/Card] would be just as sufficient.

The last change is the removal for [Card]Jace Beleren[/Card] to be replaced with [Card]Jace’s Intuition[/Card]. The reason is you want to be accelerating in the early game when you would usually play Jace, where as the later game, will generally have a lot of unused mana. Plus it is an Instant so you can easily hold mana up to play it at the end of your opponent’s turn to represent a counterspell or creature removal spell. Also the card advantage it generates is a huge swing in your favor as generally the cards you will draw will be immediately playable due to the low curve.

The changes in the sideboard include [Card]Nihil Spellbomb[/Card], as MTGO decks seem to have a decent amount of cards that interact with one’s graveyard and the cantriping ability is a nice addition. The tech, if you will here, is the addition of [Card]Lodestone Golem[/Card] which can be powered out early and buy you some additional time while representing a larger body.

A significant card that many of you may have noticed which is not in this deck is [Card]Spellskite[/Card]. The reason is the card does nothing of any use for the deck, it just sits there now, hoping that someone is hoping someone else *cough* Jake *cough* does not know how to properly use it. Sure it can deflect the occasional bolt directed at Tezzeret but [Card]Mental Misstep[/Card] does the same thing. Otherwise a good Exarch Twin player will know how to correctly play around it with little difficulty. I’m sure I’ll get hated on for this but with the bannings that took place, [Card]Spellskite[/Card] is not that great and I would recommend jumping off the band wagon as soon as possible.

I hope you enjoyed both versions of Tezzeret and the reasoning I presented for both of them. Today marks the first day where Jace and Stoneforge, kind of, are no longer legal in Standard and what should be a huge variety of decks emerging. The best part about this time, is that if you are piloting a decent and consistent deck, you’re in luck as generally those decks succeed the best in a field of random home brews and even though I just wrote an entire article about it, Tezzeret does fall into the category of home brews but my testing has gotten me to the point that it does beat other random home brews and has a fairly even matchup against what are the higher tier decks, though it does take a little practice and some proficiency to correctly pilot.

That being said this weekend is the Montreal leg of the Canadian Magic Tour and on Saturday is the Standard portion which will be one of the first bigger tournaments post-ban so if were lucky there may be some new hot tech that emerges that we can claim as our own. So I invite you to come down and join in the events, the more people that are there the better plus you’ll be able to meet Mana Deprived personalities such as Franky Richards, Jake Meszaros, Alexander Hayne, Justin Richardson and most of all KYT!!

Let me know what you think about the decks and the article in the comments, I’ll read every one and until next time: Have Fun Playing Magic!