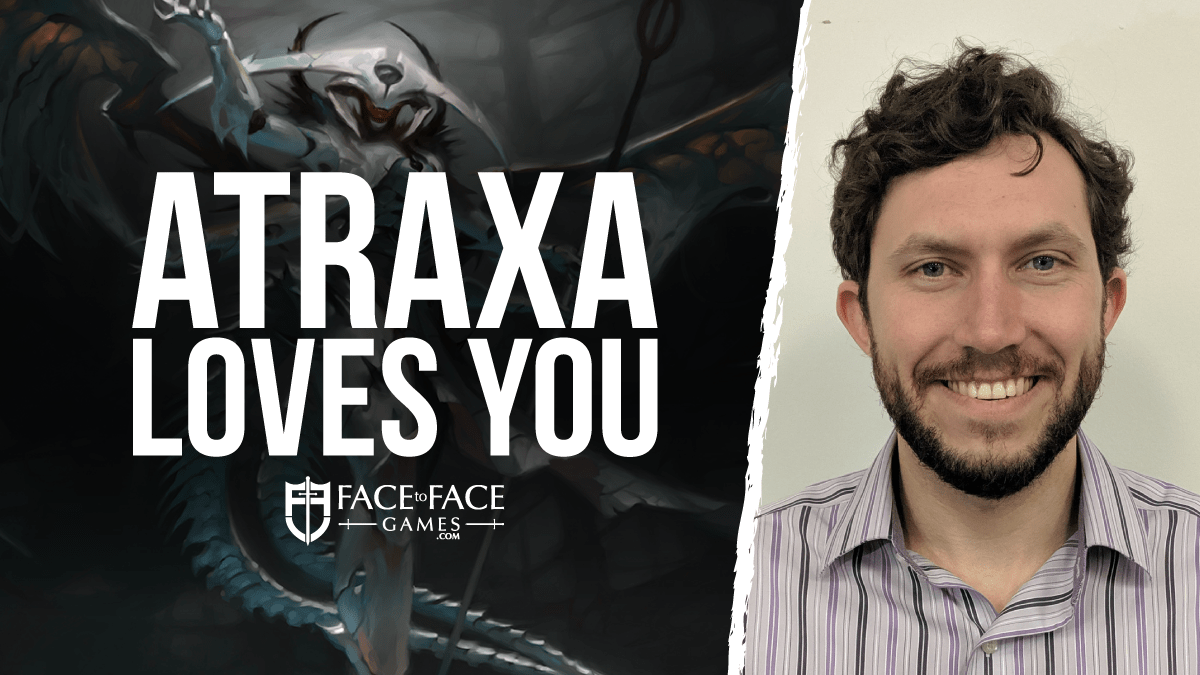 Whether you play Commander or not, you’ve probably heard some stories of degeneracy and bad feels fueled by [Card]Atraxa, Praetor’s Voice[/Card]. Whether it’s the intended +1/+1 counters strategy, Superfriends, Infect or Stax, this legend has garnered more than its fair share of groans and table flips. Not to mention this insane Proliferate engine also has Lifelink, Flying, Vigilance and Deathtouch to boot. I’m not here to talk about how bad playing against Atraxa can make someone feel, but instead let’s take a bad thing and make it better. 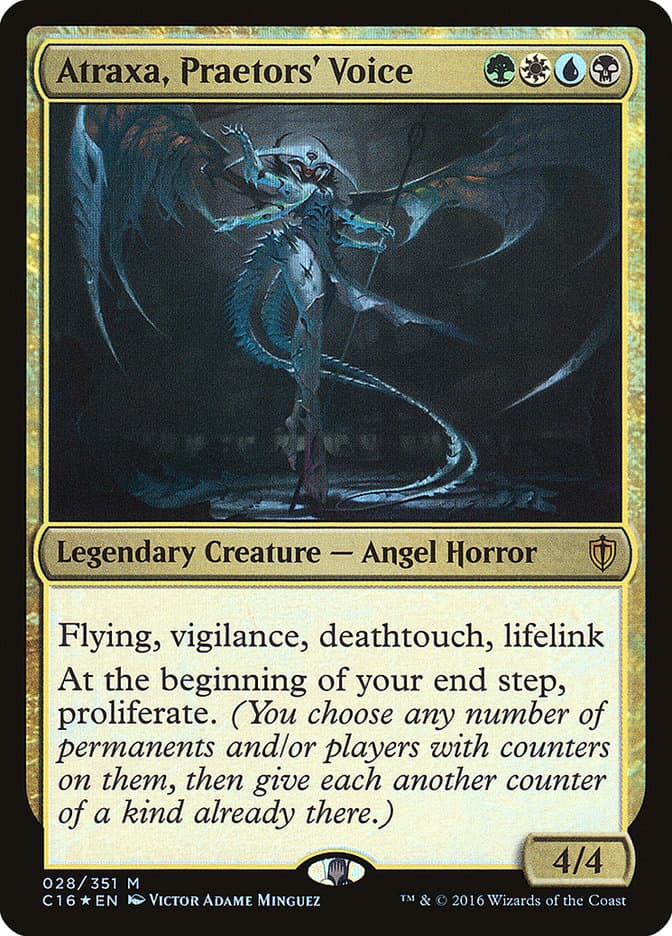 Players hold strong notions about cards and often have visceral responses to who you have in the Command zone, so I wanted to make a deck that changed player’s perspectives — let me introduce you to Atraxa Group Hug. Let’s teach the world (or at least your playgroup), that Atraxa doesn’t always need to be hated off the table.

In true group hug fashion, we want to help everyone else at the table, so how can we do it? There are a few key strategies and cards that fit into Atraxa group hug that wouldn’t make the cut for other lists. I’ll break it down by strategy, but if you want to see the whole list you can pop to the bottom. In order to help everyone else at the table, were going to need to play a lot of cards that stick around — enchantments, artifacts and creatures are key includes. We’ll also need a lot of mana to do so. This is where some clunky lands can really shine — storage lands and depletion lands do work in Atraxa. Before we get to proliferating counters on these lands, the table will need to trust that our intentions aren’t malicious.

In order to do so, let’s focus on what we can give other players. From playing a few group hug decks, I’ve found that giving people card advantage is usually more fair than generating tonnes of mana. You can put in all the [Card]Dictate of Karametra[/Card], [Card]Eladamri’s Vineyard[/Card] and [Card]Collective Voyage[/Card] you want, but I’ve found that it leads to players winning out of nowhere. So let’s make everyone draw a lot of cards with some underrated all-stars: [Card]Walking Archive[/Card], [Card]Folio of Fancies[/Card] and [Card]Otherworld Atlas[/Card] (Folio gets particularly crazy when we have a lot of mana).

There’s also something even better than drawing cards we can share with our friends at the table — tutors. [Card]Noble Benefactor[/Card], [Card]Scheming Symmetry[/Card] and [Card]Wishclaw Talisman[/Card] can be strong political tools to use to help deal with a large threat at the table, or just to help out someone who’s behind.

After we’ve established that we’re a trusted ally, we can turn our game plan towards making tonnes of mana. Along with the lands mentioned above, we also run the counter-based artifacts that are in most Atraxa lists ([Card]Astral Cornucopia[/Card] and newly added [Card]Empowered Autogenerator[/Card]). We use all of this mana for good however, by using a slew of cards that put +1/+1 counters on our opponents creatures. Once we have counters down, we can proliferate with Atraxa or other cards like [Card]Flux Channeler[/Card] and [Card]Inexorable Tide[/Card]. Since we’re playing cards to help, it’s uncommon that [Card]Inexorable Tide[/Card] will be removed. I usually Proliferate my opponents creatures (and Planeswalkers) with some sort of deal — usually that a creature I’ve proliferated can’t attack me for a turn.

Since we’ll still need a way to win, there’s a single win-con in the deck. It’s meant to be a stretch, since the deck wants to convince everyone that Atraxa is good and not evil, but sometimes the game needs to end. If we can manage to get a bunch of counters on [Card]Walking Archive[/Card] or spend a lot of Mana on [Card]Stroke of Genius[/Card] when we’ve got a [Card]Laboratory Maniac[/Card] on the field we can pull a win out of thin air. While I haven’t managed a win with this deck yet, every game I’ve played has been fun. It’s great seeing players reactions change from disgust to genuine happiness. I challenge you to take a bad thing and make it better.