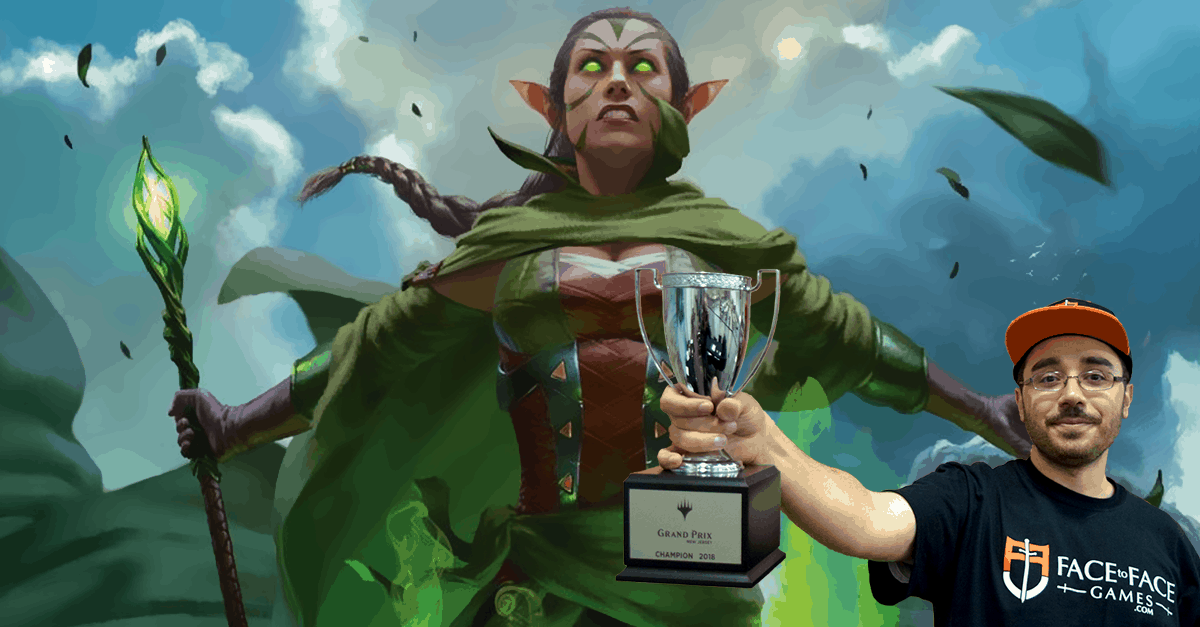 Just in case the title didn’t say it all, let me be clear. The Standard format has been dominated for quite some time by Temur Reclamation. Many decks have had to adapt their strategies or approaches in order to keep up with this titan of Standard. Luckily for fans of not playing Red we have just the ticket.

Bant and Sultai are sadly the last two combinations that include the most important color combination in Standard… Simic! The data is showing Simic to be far and away the best combination and that might be due largely in part to the card Growth Spiral. Ironically Explore didn’t have much of an impact on Standard, but things change vastly based upon the cards they have to interact with.

Today I am going to focus on a build of Bant I have been working on. I’ve gone one step further and supplied a handy sideboard guide to go with it. Then I am going to post a couple other approaches to the format that I’ve been having some fun with. First however, here’s the main concept. 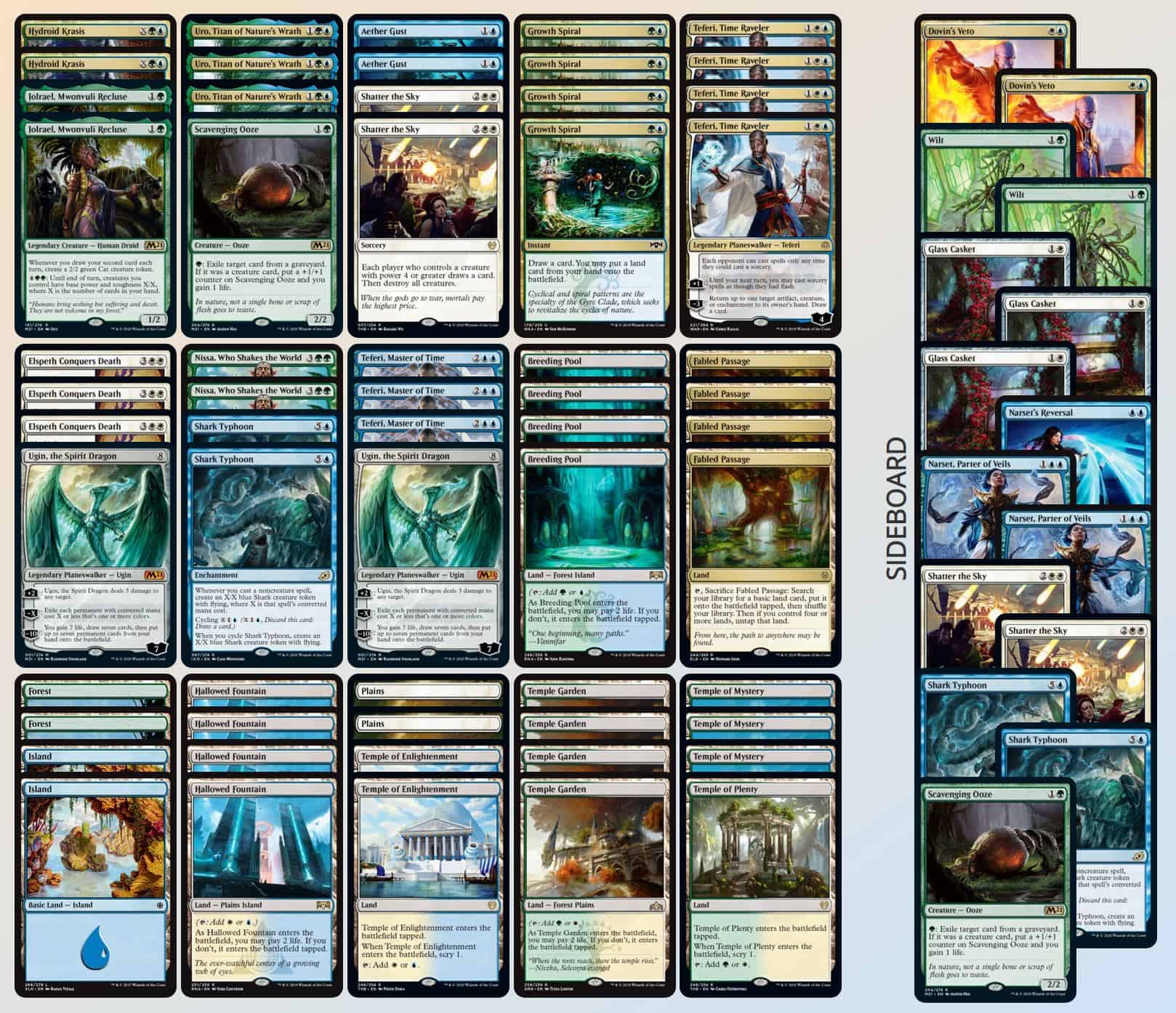 M21 has supplied us with Jolrael and Scavenging Ooze. The rest is traditional Bant before the new set emerged. However, these two cards have made a dramatic difference. Bant used to have an issue with a slow start for hands that did not include Growth Spiral. Now we get to add to the statistical significance of having an early powerful play by slamming one of these two drops down instead.

The best part is if they are answered early than our opponent hasn’t progressed. They’ve fed our future Uro, Titan of Nature’s Wrath another card to cannibalize as well as given our Elspeth Conquer’s Death a target to return later.

Let me give you a sideboard breakdown of how I would approach a few matchups and then we can discuss the strategy a little further down below.

For Adventures we are moving away from some of the redundant copies that aren’t a part of the base of this deck, meanwhile bringing in some focused cheap answers to prevent them from doing their thing to us. It’s important that we both apply early pressure and try to disrupt their card advantage chains.

For Food it’s not too dissimilar. Both these decks are essentially combo decks and Wilt comes in a lot against combo. Only this time we aren’t as worried about playing pressure since we have the means to play the control role and not worry about dying to a sudden Bolas Citadel thanks to Dovin’s Veto and Wilt.

For Mono Green Aggro we of course board in some early answers and take away some of the slower more situational cards. This is the most commonly played matchup on the Arena ladder right now so it helps to board correctly and learn how to play the matchup correctly. Gemrazer makes for very interesting games and targeting Stonecoil Serpents with Glass Casket is an ideal play to make. After that it’s tempo and remaining the better “go over top” deck is important.

Mono Black is similar to the Green plan but the matchup gets even easier. Only beware of getting left without an answer and expending them too early on bad aggro creatures. That may cost you when a 7/6 dino gets a big upgrade and takes to the air.

Mono Red is the same thing but Embercleave is scary and surprisingly Tef3 is the answer. Tef3 prevents the alternate casting of Embercleave from being active and so you can simply outpace their bad creatures.

For the mirror match you want to be threat dense but also threat diverse. The more reactive player tends to lose unless they have the perfect answer for each threat at the perfect time. The usual sideboard strategy on both sides is bringing out their sweepers and bringing in more aggression.

Finally brings us back around to Temur Rec, where the four copies of Mystical Dispute are their only hope of not dying to an early Teferi, Time Raveler. Play this game careful and do not over extend, but at the same time throw them soft balls while they are only ramping and you’ll eventually come out on top.

Thanks for reading everyone!

Here’s a couple other lists I have been working on to tide you over in the meantime. 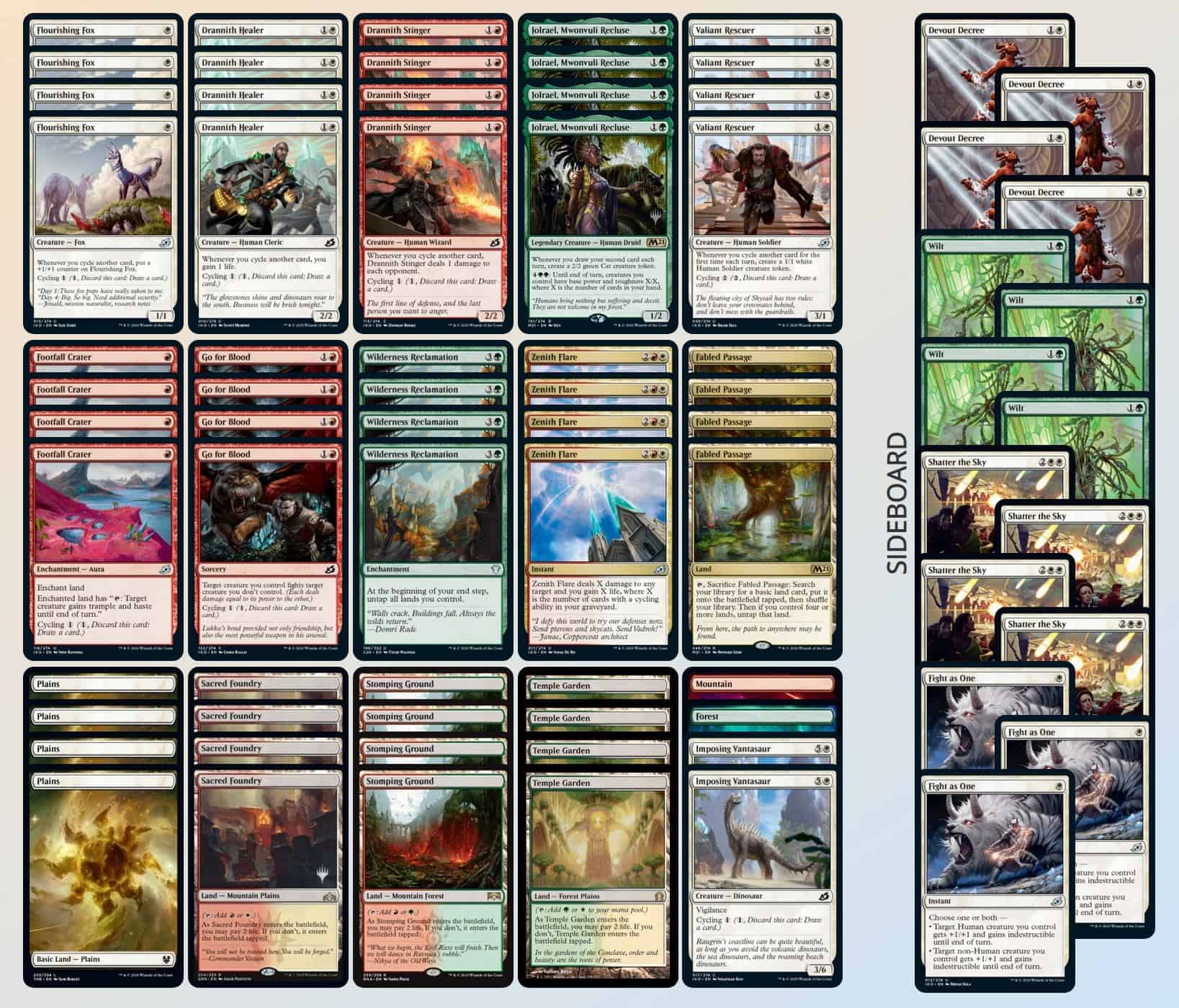