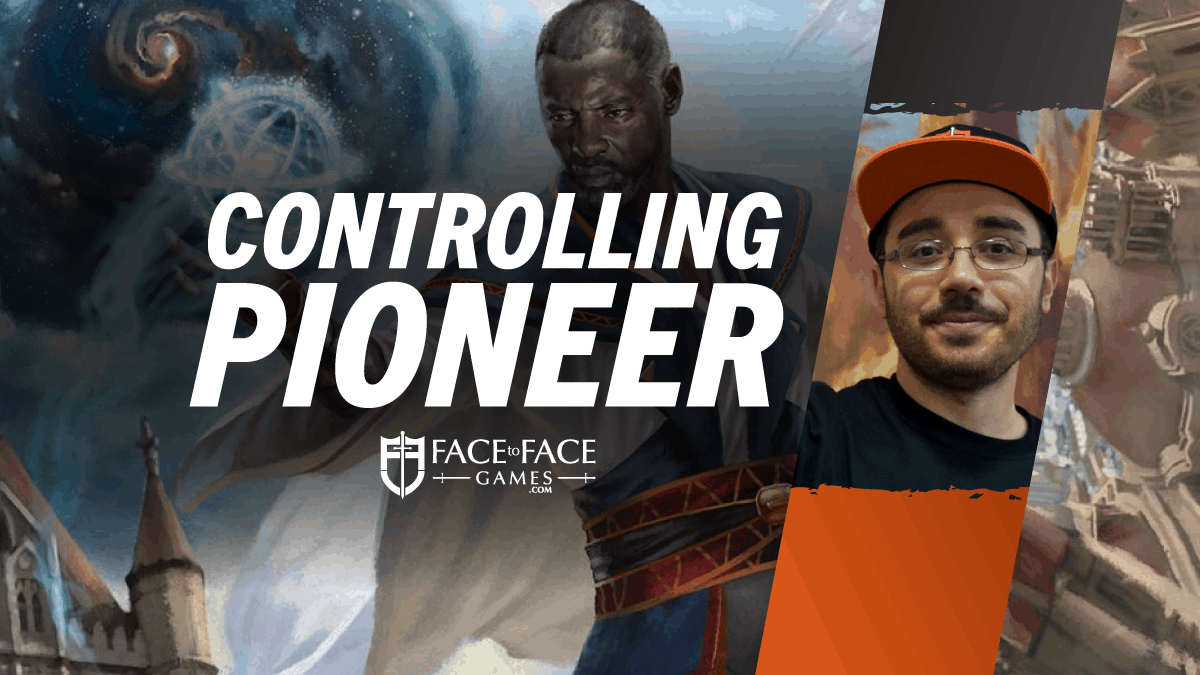 Before the onset of COVID-19 relegated all of our competitive Magic playing to the comfort of our own homes, my teammates and I were all high on Azorius Control in Pioneer for SCG Baltimore. Since the Players Tour the Tier 1 decks have remained fairly consistent: White Devotion, Inverter, Breach, Sultai, Spirits and Mono Red/Black.

Both big and small Teferi’s are the main sources of power for Azorius. Both do a significant amount of work against the field and can single-handily take over games. Being able to deal with creatures, countering spells and utilizing planeswalkers is the best of all worlds when the format allows for it. With this deck, you don’t play to win, you play not to lose. As safe as possible until you grind them into the dust with your card advantage and planeswalkers.

In case you never played [Card]Teferi, Hero of Dominaria[/Card] in old Standard. You can utilize the ultimate ability, retain Teferi, and then continue to minus three on itself to keep from running out of cards. Meanwhile each draw step exiles a card from the opponent’s board until eventual victory is assured.

My team — BCW — actually has a lot of control players on the squad. Corey Baumeister, Shaheen Soorani and Peter Ingram all put in a great amount of work to bring this beautiful list together. Battle plans for each of the top five decks have been designed so that games one through three are very favourable. This is what we came up with:

When a card is a singleton in the deck it typically meets a few criteria. It’s situationally broken against the right deck ([Card]Mystical Dispute[/Card] versus Blue Decks), we want to draw it in a long game ([Card]Geier Reach Sanitarium[/Card] with a Narset), or it’s broken enough on it’s own that sometimes it can spike a game ([Card]Search for Azcanta[/Card] on two). The fundamental game plan however is early game attrition and toslow the pace of play down. Then its [Card]Dig Through Time[/Card] for the best play-pattern and slowly pull further and further ahead. To that end you are highly encouraged to cycle your spells and not miss land-drops. This game plan works really well with all of the nice one-ofs in our deck because Dig ensures you can find them later on.

It’s almost like playing Urza online, the hope is that your opponent realizes what’s up and scoops before you drain the clock too much. Definitely recommend learning your lines well to bring up your pace-of-play with this deck. Otherwise you may just draw yourself out of a tournament. Sideboarding is fairly straight forward. [Card]Rest in Peace[/Card] for the graveyard decks like Breach and Inverter. Surge for the Black and Red aggressive decks. Veto for decks you can get into prolonged counter wars with. [Card]Gideon of the Trials[/Card] to shutdown Inverter and a few select other aggressive decks. [Card]Gideon, Ally of Zendikar[/Card] for when additional win-conditions are wanted. [Card]Settle the wreckage[/Card] to blow-out aggressive decks in general. [Card]Dream Trawler[/Card] comes in against quite a bit and usually ends up being MVP post-board. When the opposition has access to more interaction post-board Trawler makes for a great top-deck that can close the game when you’re forced to play a tap-out game.

Figuring out what to sideboard out is a tad more complicated as we try to play cards that are flexible versus the field in game one. Your first intuition may be to take out the Narsets versus aggressive strategies for instance. However, finding [Card]Supreme Verdict[/Card] and lining up your plays on turn three and four can be extremely important. Also, cards like Narset eat up damage intended for your face and feed the graveyard for a future [Card]Dig Through Time[/Card]s. [Card]Censor[/Card] is a good one to cut after your opponent has seen it and is likely to play around it anyway, especially on the draw. Cards like [Card]Essence Scatter[/Card] are obviously really bad against decks like Breach.

I try to teach people in coaching lessons that preserving the curve of a deck post-board is also of paramount importance. It can be hard to visualize this at a live event. That’s why structuring a sideboard guide before you go to a live tournament is also good practice. Also, your sideboard strategy for games two and three should probably change as your opponent will be compensating for your new plan.

When you’re playing a control deck it’s important to know your own weaknesses to understand how your opponents can exploit them. When your goal is to play as many turns as possible you have to know how each deck can beat you on turn 50.

White devotion decks can setup a combo without attacking and if they play Heliod first which allows them to play around [Card]Supreme Verdict[/Card] quite well. Spirits will try to overwhelm us fast and accrue damage while disrupting our answers with cards like [Card]Spell Queller[/Card] and [Card]Selfless Spirit[/Card]. I’d recommend that you tap-out on turn three to play planeswalkers even if they’re not always going to stick around, because if we can slow the opponent down enough to make enough land-drops. Eventually we will be able to recapture control of the game.

Inverter eats away at our specific answers and then tries to attack us on whatever front we are weakest. For this matchup a nice density of interactive spells can help, but I’ve also utilized the strategy of slowing myself down. Meaning I won’t cycle [Card]Censor[/Card]s and [Card]Opt[/Card]s until the first few turns are out of the way. After that I find they’ve burned through their [Card]Thoughtseize[/Card]s without having the pinnacle of options as we have retained cards strictly meant to be cycled. From there our top decking potential is maximized and they may have a difficult time navigating the game.

As always don’t forget to have fun with Magic. This deck can get on some people’s nerves and being cognizant of that can help you to be respectful. That said, I think this deck is really fun, and you get to play with some of the most fun printings in recent memories.

That said, like many of you I’m not sure when my next IRL event will be. But I will be jamming a ton online while we all stay inside and make sure we’re keeping healthy. You can check me out at Twitch.tv/elikassis where I’ll be battling a ton in both Pioneer and Modern. I’ll see you there!