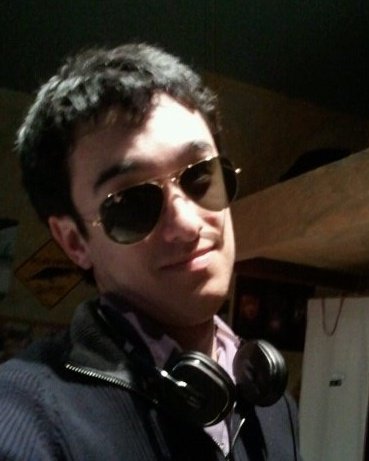 Sadly, very few people consider psychological warfare to be part of Magic. Sure, bluffing comes up in the occasional article but most people just play their cards, optimize their match-ups and make good plays in-game. Now all of that is very important and you must have these skills if you want to be “good” at Magic, but Magic is so much more complex than just having the cards. When your opponent goes in the tank on a tough decision then that’s you chance to “help” him/her out and suggest what they should play next and completely alter their thought patterns on the decision. One of the things I’m good at that I’ve transferred to Magic is that I have a good memory (and you should too). So, go and memorize all of the decks in a format including variations, all of this allows someone to in certain/most situations to make predictions about what an opponent will do next. So you say that anyone can do that? You’re right, but most people will only name cards that they’re scared of and don’t rattle off a list of all the outs that may exist in the opponent’s deck while telling their opponents why it’s a good or bad play. This can send a player completely back into the tank with the thoughts “What should I do?!? My opponent wouldn’t be telling me this unless he/she was prepared!” then the game continues when you start pressuring them to make a play and they start making mistakes (both big and small) that you can capitalize on. You can also start this train of thought by telling them exactly what you’re going to do next turn (don’t always tell the truth about it); this will make them over-think the situation. Unfortunately, you have to tell the truth sometimes otherwise your opponent will always call your bluffs.

On a side note, I recently was at a PTQ playing Jund and easily bluffed one of my opponents by simply saying after it “looked” like he was done with a tricky double-block “Blow you out with Bolt or Terminate?” to which he replied “Do you have it?” and I said “I don’t know, is that how you block?”. This caused him to completely reassess what he had considered a “safe” block. You do have to read your opponent for this to see if it’ll work but it’s fairly easy to set up a bluff in future games by asking if you blow them out then have them leave everything the same then actually having the answer that you said you had.

Another key to bluffing is suppressing your physical mannerisms that could betray how you feel about the current situation and only using mannerisms that support whatever your bluff is. While I’m sure that you knew this already, there’s one more thing I should cover: if you can’t seem control these mannerisms all the time then tailor your bluffs accordingly and let your opponent see your tells when you normally can control yourself then blow them out later. Sometimes you’re going definitely win or lose a game, this is a prime time to let yourself get “caught” bluffing, show that you don’t bluff or “give” away information that you want your opponent to have; while this isn’t very useful in Game 3 it’s very useful in Games 1 & 2 (1 especially). A notable incident of this for me was at a couple weeks ago at SCG San Jose:

I was playing a Naya Shaman deck in round 3 against Elves. My opponent got a great start while I was stuck without Red Mana. This seems unfortunate, but what I was careful to show my opponent were cards in the GW Quest deck and make comments like “if I had a Quest Turn 1 then you’d have lost.” so after he crushes me Game 1 then we go to sideboarding and he boards in bad cards against Naya (but good cards against Quest) and I board in good cards against Elves and I wreck him with Cunning Sparkmage and Arc Trail which he isn’t ready for.

This is a great example of turning a bad situation (being mana-screwed) and using it to confuse and misdirect your opponent to get an advantage in the following games.

Another part of bluffing is that you almost never concede a game. There’s always the off-chance you’ll draw runner-runner or something of that nature. However, there are some times when you should actually concede, but most of the time when you concede you’re doing it because you’re frustrated. You should never concede on your opponent’s terms only concede on your own terms.

When is it ok to concede a game? Here’s when:

2. NO OTHER TIME. The above situation is the only time that you should concede. There may be a situation at some point in a subsequent game that you have an effect that will keep you alive and blow out your opponent completely. If you look at the Pro Tour Amsterdam coverage there is a feature match that is won by Fog. Also, playing out a game will allow you to glean information about your opponent’s deck that could be useful in the rest of the match. And you never know, you might draw a ton of amazing cards and have your opponent draw blanks and make mistakes.

Now I’m going to go somewhat off-topic to explain about one of the most useful skills that you can possess in Magic or in almost anything.

Serenity. No, we’re not talking about the Firefly series. Serenity is a state of mind that will allow you to go through most situations without tilting or making dumb decisions due to being frustrated. An important note is: the Serenity that I’m referring to is a very much internal state, you can do anything you want visibly (you could be provoking your opponent by talking too much, acting like you’re beaten, being friendly or angry, etc.), but you have to maintain being completely calm (and logical) inside (this is also extremely useful outside of Magic whether in other games you play or in any situation in real life).

My personal opinion on this is: it’s the most useful skill you can learn in your life so go learn it if you don’t already have it.

And please don’t count on your opponents making mistakes because after all, “There is nothing more useless than an impossible wish”.

Bonus points if you can catch all of the references that I made during this article.