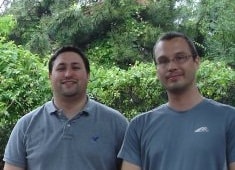 Watch the draft portion as Franky and Vince compare picks and try to build a winning deck. While Franky is extremely wary to jump into green, he ends up giving in to Vince’s plea as they go toward with an aggressive Red-Green deck. Eventually, Franky snatches a [card]Necrogen Censor[/card] along the way, his pet card in the format. How can they lose?

The games begin with our heroes facing a U/W deck featuring [card]Thopter Assembly[/card]. After getting crushed in game 1, they come back with a vengeance to win game 2. They keep a greedy one-lander in game 3 while their opponent mulls to 5 and the army of snakes shows no mercy for the slow start.

The boys go on to round 2 where they almost use all of their clock to poison their opponent to death in game 1. Franky manages to forget using his Trigon only once, while Vince displays his quick mouse skills in game 2, when the deck comes out strong to put them into the finals.

Franky fucks up big time by mulliganing the perfect hand in game 1, which results in a quick loss for the drafting duo. The second game is a tight race, but [card]Tumble Magnet[/card] ends up trumping the opponent’s equipment strategy. The last game is a bit anti-climatic when the opponent stumbles in the early game and gets trampled over and finished off with burn for good measure. Mom jokes and accolades abound as your favorite commentators share their final thoughts on the draft.

Drafting can be a lot of fun; it is skill-intensive and the multiplicity of archetypes available to draft ensures a different experience each time. There are quite a lot of different strategies that you can adopt: you can try to force an archetype in colors that are deemed deep enough, cutting from the start the best cards of that color and persevering even if good cards in other colors appear later on. You can try as well to be as flexible as you can, not committing early or heavily in two colors, so you can be more open to signals.

A signal is when you see a very good card, some would say a top pick, and you see it late, like 4, 5 or 6 pick. A signal tells you that a color is open, and when you see one you can move in that color and get late picks that are great. For instance, in Scars of Mirrodin block, if you see an [card]Artillerize[/card] in the sixth pack, it is a clear sign that red is not heavily drafted, as it is one of the best red commons in the set. With the Scars of Mirrodin block limited draft format, you can afford not committing to a color for quite a long time as you can just pick up artifacts at the beginning, leaving your options open.

The tough decisions are usually between picking a subpar but still powerful artifact or taking a colored card a bit stronger, but that you may end up not playing as you are not sure if the color will flow later on. Another strategy that is possible is simply to pick up the best card in the first few picks, and then reading the signal and switching if needs to be. It is sometimes right to give up a bomb just so you are in a color that is underdrafted. In this draft, for example, we first-picked Life Finale, but ended up ditching blackas the cards we got passed in that color were underwhelming. Green on the other hand was wide open, and it was evident when we were passed 2 Viridian Corrupters in a row, as it is one of the best green uncommons of the block.

Good luck in your drafts and till next time, good bye.