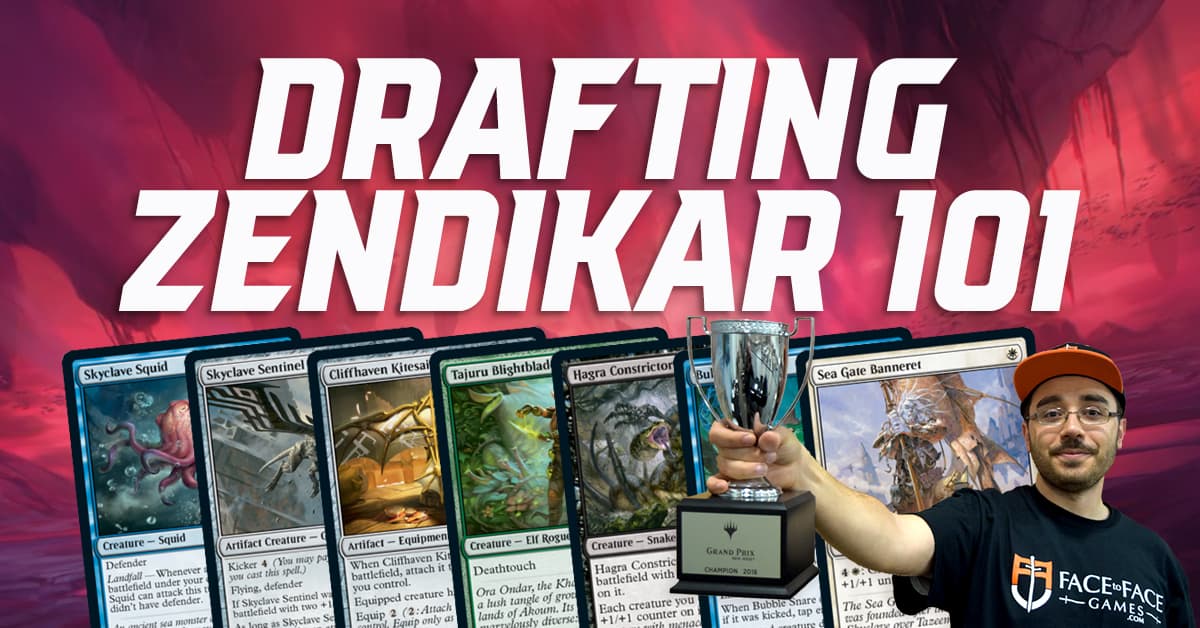 If you’re reading this and you don’t play a lot of Limited, every pro will tell you that it’s an important landscape to grasp if you want to up your game in any other format. Take my word for it, they’re all right.

Learning how to maximize your resources by using the least and also developing a knack for finding small niche plays is extremely useful. Plus, it’s one of the most fun ways to play the game. You’re here for the strategy though, let’s dive in.

There are a bunch of overpowered uncommons that if you manage to start off the draft on, you can build your deck around. Relic Amulet and Roost of Drakes are two such uncommons. With Relic you can purposefully draft a heavy number of spells like removal or draw spells. Normally this strategy is quite effective anyway, but Relic Amulet gives it that extra boost to really ensure you win the card advantage game.

With Roost of Drakes of course the cards that say kicker are mostly overpowered anyway. When you start adding on additional 2/2 flyers with each cast, your opponent will be overwhelmed fairly quickly. This strategy works well if you can make it into the late game.

There are a few trap uncommons that appear powerful on the surface. However, they require a great many things to go right that seldom will in a draft. Soaring Thought Thief and Ruin Crab spring to mind. Who doesn’t want to mill out the opponent? It’s hilariously good fun, but not as competitive as we would like. Still if you manage to snag these cards later and it happens to fit into the deck, they are great pickups.

Obviously a great many of the rares and mythics in this set are broken, but you certainly don’t need my help to take and abuse those cards. There are a lot of little things you will need to know if you want to capitalize on the other percentage points to Zendikar Limited. One of which is that double-sided cards are all solid pickups, but very few of them are slam dunk picks.

It’s awesome when you can get away with running 12, 13, or even 14 lands. If you have too many and every land is coming into play tapped you may just get run over. Still I am happy with 5 double-sided cards and 14 lands quite often. This is assuming a normal curve of course. If you build a Red White warriors theme, then you certainly want to avoid coming into play tapped lands as part of your consistency. You certainly won’t turn away from some of the good ones like Akoum Warrior and Kabira Takedown.

If you’re going to draft Red White be careful not to get split on the creature theme. Some cards want a spread of your party. That’s Cleric, Rogue, Warrior, and Wizards for those unfamiliar with the new mechanic. Other cards reward you for having a warrior heavy threat density. Try and stick with one side to maximize your deck’s synergy if you can.

In older draft formats it\s easy to point to the weak link color. After doing enough drafts to go from Bronze to Mythic I can safely tell you that I feel like they are pretty well balanced. The WOTC design team did a great job with this set and word on the street is everyone’s enjoying it. I’m going to keep jumping around to important information so forgive my clustered thoughts as I write through a stream of consciousness.

While drafting you generally want to pick cards according to a hierarchy. This starts out with your bomb rares/mythics of course because its unlikely you’ll get a second chance at them. Then removal spells generally follow. Next up are good creatures and while you’re selecting these you want to perform double duty and find the right mix of creatures to complete a good curve. Lastly, we look for tricks to assist in battle or winning via alternative strategies (like mill).

This hierarchy can be changed in an instant if you manage to build a non-traditional draft deck. This can be done with some of the methods listed above or by taking cards of more than two colors and focusing on mana fixing to assist in utilizing the best cards across colors to overpower an opposing deck. There is an abundance of cantrips in this set if one wants to cycle through later picks and try to find the card they build their deck around.

Broken Wings and even Disenchant are fine singletons in many draft decks. There tends to be enough targets to validate an inclusion and can typically hit a very important target for the opponent. Tangled Florahedron and Lotus Cobra are amongst the best ramp spells you can draft in green as the best creatures are in the four-drop column.

Relic Vial is a solid card but typically best used while paired with Black and especially best in a Black White Clerics shell. This shell typically utilizes life gain to give certain creatures a buff to their stats, outpacing opposing aggressive strategies.

Some cards that were surprisingly bad;

As always try to remain open in a draft. Commit to colors as late as possible so you can stay flexible. Try to observe the power level of certain cards being passed and utilize those as signs of what that person may or may not be taking. It’s important to be able to play spells on turn two on if you’re on the draw, but typically okay to start on turn three if you’re on the play.

Utilize the London Mulligan to the fullest extent whenever possible. There are very few reasons you should be keeping a bad seven card hand. Luckily with the double-sided cards in Zendikar you’ll be mulliganing less than ever.

Beware the fixing in Zendikar is very limited and if you want to do a strategy incorporating more than two colors, you’ll find difficulty if you don’t see important cards. Skyclave Relic, Vastwood Surge, Roiling Regrowth, and Reclaim the Wastes are your fixing spells.  One is a rare, two are uncommons, and only Reclaim the Wastes is actually common and can be counted on to appear most consistently.

Always be prepared for the game within a game when it comes to Limited. Lead with weaker creatures early to eat up answers. Try and conserve your answers for the really big threats. Try to be on defense whenever you’re in an attrition stage of the game so you can control the outcomes. Card advantage is extremely important. Try and anticipate your opponent’s actions before they’re done so as to not fall into any traps. Last of all, beware the single untapped island in Zendikar. Chilling Trap and Zulaport Cutthroat are both solid spells and included in many decks.

Thanks for stopping by and see you next time as we return to writing about Standard in time for the Grand Prix Finals!