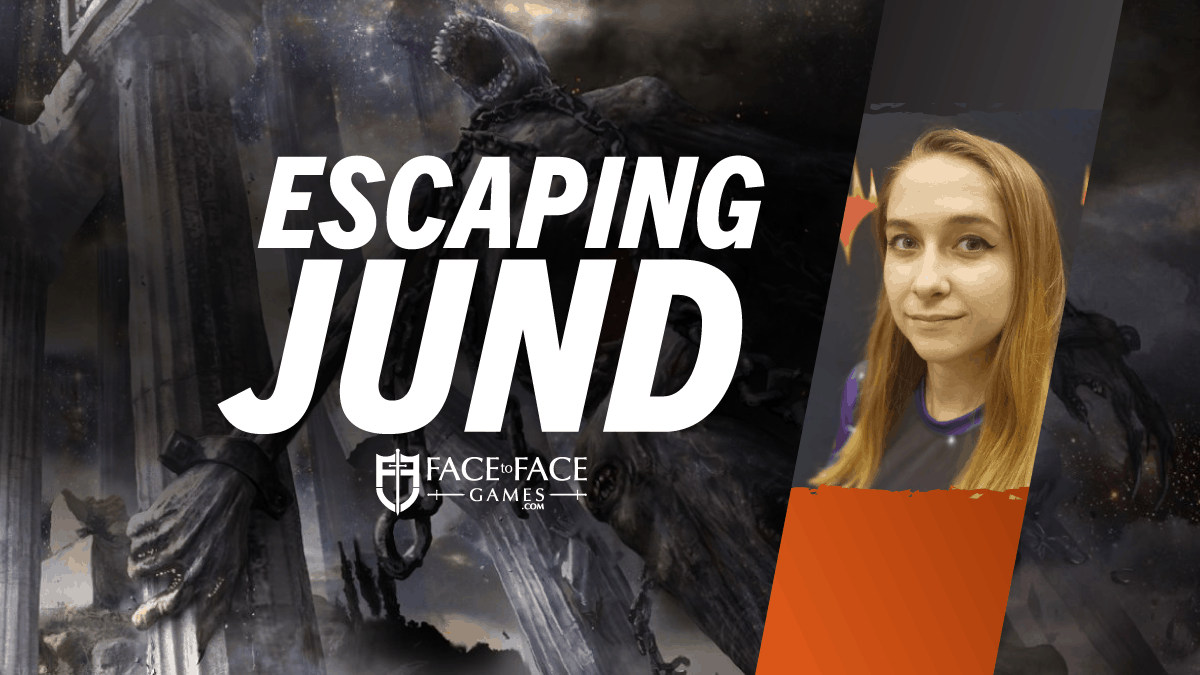 Being one of the most popular formats in Magic, Modern is frequently a hot topic in the community – no matter what the competitive level. One draw to this format is that you can essentially play anything you want. Yes, even Jund in 2020!

If you know me or have read some of my articles, you know that Modern Jund is one of my favourite archetypes in Magic, even though it hasn’t been Tier 1 in years. And I’m not alone here. Jund players love to continue to jam their Lilianas and [Card]Tarmogoyf[/Card]s no matter what is going on in the format.

But what has caused the recent resurgence in Jund support among other players? Let me get into it:

If you are new to the Jund archetype, the first thing you need to know is that this strategy relies on a steady stream of “one-for-one” answers – meaning, you play one card to get rid of one of your opponent’s cards. This is most often done by using a discard spell ([Card]Thoughtseize[/Card] or [Card]Inquisition of Kozilek[/Card]) or by using a removal spell ([Card]Fatal Push[/Card], [Card]Lightning Bolt[/Card], etc.).

The idea here is that you do everything you can to make the text boxes on your opponents cards blank. With so many blanket answers, you want to trade cardboard for cardboard as much as possible.

Some of your more potent spells pull double-duty like [Card]Liliana of the Veil[/Card] of [Card]Kolaghan’s Command[/Card]. These cards can be increasingly powerful depending on the matchup.

That leaves the creatures. [Card]Tarmogoyf[/Card] synergizes really well with the rest of the deck because you are constantly putting different card types in both graveyards with your discard , removal, Liliana and your suite of cheap interaction. [Card]Scavenging Ooze[/Card] works well to combat any graveyard shenanigans your opponent might try against you and can easily take over the game in creatures matchups in conjunction with a couple Bolts. [Card]Bloodbraid Elf[/Card] is a semi-recent re-addition to Jund after her unbanning. Getting to cast a random spell plus a 3/2 creature with haste is pretty broken when the quality of cards in your deck is this high.

With all these moving parts, you can get the picture of what a true midrange deck looks like — the ability to switch up plans based on what you’re playing against. Moving from an aggressive deck one round when you’re paired against big mana and the shifting to a deck that values temp or control against creature strategies. Jund tailors the game plan based around what the opponent is playing.

Another key aspect of the Jund is that it’s one of the best decks at tailoring it’s sideboard for the metagame. I wrote an article a couple of months ago depicting different strategies in sideboard building through the lens of a Jund deck, which might be another good article to read if you haven’t already.

Such malleable post-board plans make Jund good at attacking a known metagame, so when you’re confident about your matchups you can really hone in on your post-board plans.

[Card]Assassin’s Trophy[/Card] gave Jund a way to combat decks, cards and strategies that the archetype has traditionally struggled against. Cards like [Card]Urza’s Tower[/Card], [Card]Primeval Titan[/Card] and [Card]Jace, the Mind Sculptor[/Card] are no longer considered “Game Over” for Jund like they were when you were packing a ton of [Card]Abrupt Decay[/Card]s. While [Card]Assassin’s Trophy[/Card] may not have swung unfavorable matchups into the “favourable” category, we are well on our way to having a fighting chance.

[Card]Wrenn and Six[/Card] was a card printed in Modern Horizons that originally propelled Jund into the forefront of people’s minds again. Modern Horizons brought forth many powerful strategies, and unfortunately Jund was overlooked while decks like Hogaak and Whirza overtook Modern for many months.

Now that we have escaped Hogaak and (kinda) Whirza, we can take a look at what [Card]Wrenn and Six[/Card] really added to Jund, which is a lot. First, the deck fundamentally took a turn by completely removing [Card]Dark Confidant[/Card] from most lists, which was a Jund staple for years. [Card]Wrenn and Six[/Card] helped both grindy games and against small creature decks. This was a shift in the right direction for the Humans matchup, as well as just another way to shut out Infect (that is, until they got [Card]Veil of Summer[/Card]). Fundamentally, Wrenn also added a sticky threat to the deck that was less susceptible to spot-removal. While Confidant can snowball a game, Wrenn is much better at provided guaranteed incremental advantage, which is something Jund is always in the market for.

Finally, our newest addition to the Jund family is [Card]Kroxa, Titan of Death’s Hunger[/Card]. Kroxa puts additional pressure on Jund’s manabase to pay for the double red in her escape cost. However, I personally have not had an issue after adapting my manabase. Kroxa serves as an additional discard spell, as well as an aggressive threat after she is escaped. Everything you want out of a Jund card, a two-for-one that can get them dead.

A lot of the time Jund matches come down to both you and your opponent top-decking, and Kroxa is especially good here. You opponent will often lose three life to Kroxa by being unable to discard. Additionally, after you have dealt with all of your opponent’s cards in hand and creatures on the battlefield, Kroxa is ready to be escaped uncontested by your opponent. A 6/6 body isn’t negligible either.

What I Played at Regionals

At SCG Regionals I went 5-3 with Jund, losing to Infect twice and Golgari Titan. Based on this, I would likely find room in the sideboard for [Card]Anger of the Gods[/Card] to generally help the small creature matchups, as well as to deal with the zombies from [Card]Field of the Dead[/Card] out of Titan decks.

Overall, I felt favored in a lot of the matchups I played. Titan decks felt close, and even favoured when they didn’t have [Card]Field of the Dead[/Card]. W

If you love the deck, now is an acceptable time to play it. Jund has strong play and sideboarding options against the best decks in Modern, which is exactly where Jund wants to be to thrive.

When in doubt, Jund em out.