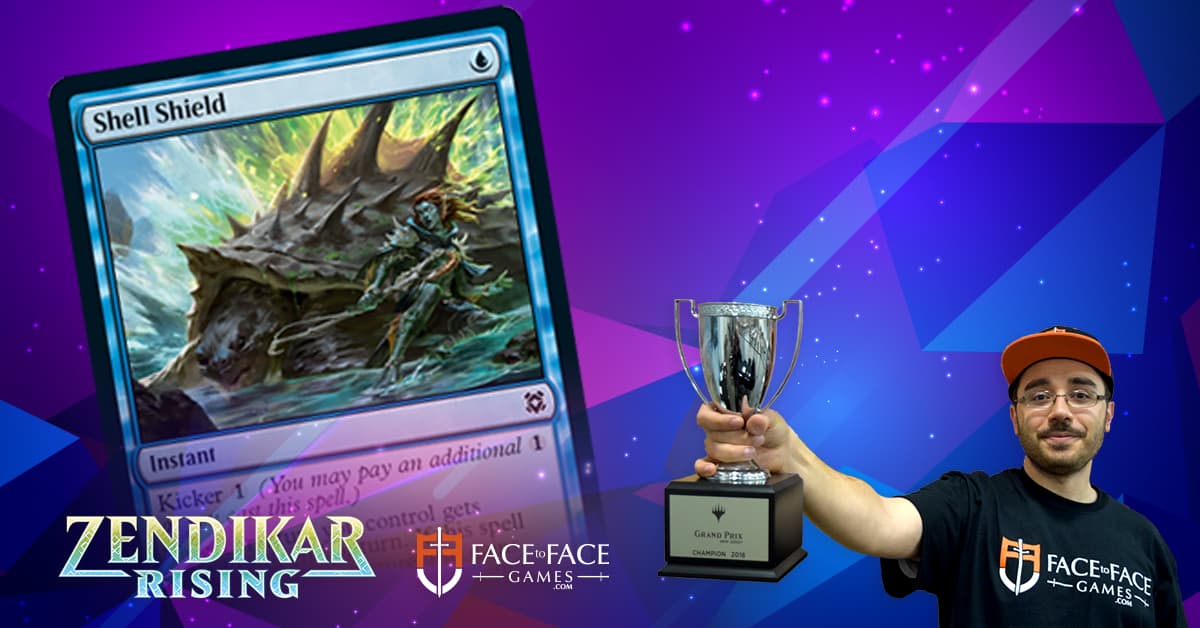 A new set is on the horizon and I am very thankful to the kind folks over at Wizards of the Coast for giving me this free preview and allowing me to be part of the unveiling of a brand-new card! I’m going to tell you all about my expectations for it and a little about why I think it signals great things for this next set.

My favorite part of this is that kicker is back. It adds extra levels to games that enhance the experience for those seeking challenging lines of play. Now while this may not be a Standard powerhouse like some rares of mythics tend to be. There have been plenty of decks that utilized these kinds of combat tricks to plenty of success. For instance, look at Autumn Burchett’s Mono-Blue Tempo deck that won Mythic Championship I last year:

You’d be hard pressed to find a mythic in this deck, but it utilizes powerful multi-card synergy and was obviously good enough to win a Pro Tour. The ability to save your creature from destruction for one mana has been a powerful effect for some time and we’ve seen cards like this being played for many years.

I suppose the original was Healing Salve and Giant Growth. It has certainly evolved over time and given us very powerful spells like Blossoming Defense, Veil of Summer, and Vines of the Vastwood. The first drawback to a card like Shell Shield is the hexproof piece is often the more important element in Constructed play and it only comes from the kicker. This means it’s a two-mana protection spell and those have traditionally been underwhelming. With the exception of cards similar to Shelter because of their two for one profitability thanks to drawing an additional card.

Now the strength of this card is going to be in Limited where the bonus of a +0/+3 is likely more relevant than hexproof. This is typically because creatures clash more often in Limited. Additionally, many cards have been printed that take advantage of a set mechanic. Kind of like how Drake Haven and cycling were bonded together. So too we could see a card that would be a cheap enchantment and maybe it would give some cool bonus like drawing extra cards each time we kicker a spell.

It’s also entirely possibly we could get another rotation of cards like Enigma Drake and Crackling Drake where we want instants to feed, protect, and evade until victory. That’s another scenario where I could see a card like this seeing Constructed play.

Almost makes me long for the days of Block Constructed events where cards like this take on a whole new power level due to limited options. This is a September set and while we are going to lose a bunch of cards in Standard it likely won’t limit our options nearly as much as the old Block Constructed days.

It’s a short article for today because there’s only so much to discuss until we see more of the new set. Check back later though as we continue to evolve the discussion and stay on top of the format each week!