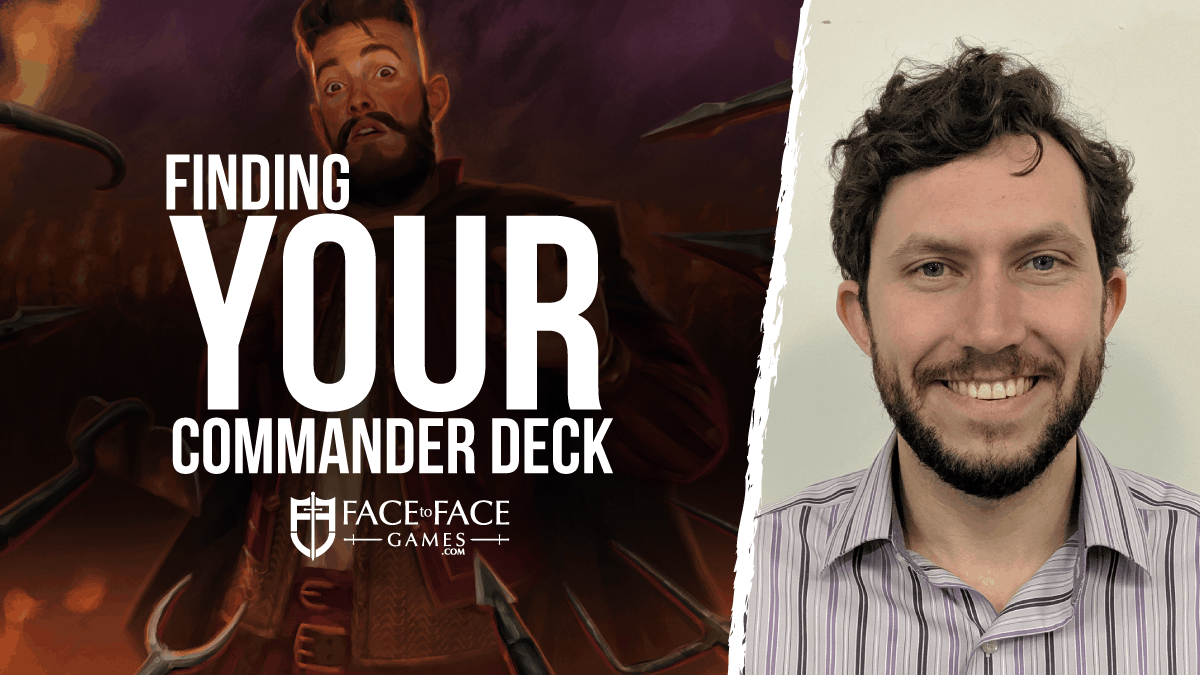 One of my favourite aspects of Commander is the unlimited potential in deckbuilding it offers. With access to all of the cards printed in Magic, and a singleton restriction, the number of combinations is basically infinite. One thing that players use to compartmentalize this potential is to build around an archetype or theme. Unlike other constructed formats, themes have a more pronounced feel, that goes beyond the speed of the deck. Standard archetypes such as aggro, midrange, control and combo still exist, but the theme that is used to execute the archetype greatly impacts how the deck plays and feels. Looking across all of Magic, there are a lot of themes. To understand how these themes compare to each other, we’ll focus in on a few meta-themes: card classifications, mechanics, play style and keywords.

A common way to categorize cards is via card type or other classifications (like sub-type and batches: i.e. Historic), and this is no different in Commander. Building your deck around certain types of cards can be a good way to conceptualize what you want your deck to do. Inevitably, some card classifications are more popular than others.

Looking across these themes on EDHREC, card type themes make up almost 60 per cent of all decks. Tribal is the clear leading theme in Commander, with EDHREC having a separate section for tribes, since these decks make up a third of all listed decks. Superfriends decks want to have as many Planeswalkers as possible, and they can make for really long games. Players will tend to focus on attacking Planeswalkers because of the extra value they add every turn. [Card]Atraxa, Praetor’s Voice[/Card] is the clear Commander of choice for these decks due to an extra uptick on your walkers. Equipment and Aura decks make the foundation for another theme that is currently unlisted on EDHREC — Voltron. This play style focuses on making your Commander an unstoppable wrecking machine, buffing power, granting evasiveness and only using creatures that help your solo game plan. Voltron decks are risky though, since these decks can be turned-off if your Commander is removed enough times. If you’re looking for something more unique to Commander building a pingers or “Any Number” list may appeal to you. Pingers are creatures that tap to deal damage, so you’ll want to have some way to un-tap and re-tap your small army. “Any Number” decks break the singleton restriction by using creatures that have a line like “A deck can have any number of cards named X”. You can mill your opponent with [Card]Persistent Petitioners[/Card], summon big ole demons with [Card]Shadowborn Apostle[/Card] or overrun your opponents with a mischief of [Card]Relentless Rats[/Card].

When it comes to playing Commander, all of the classic strategies exist, but we get to build them out in unique ways. You can draw one hundred cards, or make your opponents draw one hundred cards, place eighty +1/+1 counters or even reanimate four hundred power. Since Commander is so varied, it opens up some new space for mechanics that are under-represented in other formats.

These themes make up about one-quarter of decks on EDHREC, but +1/+1 counters, wheel, sacrifice and spellslinger/copy themes are the most popular. While blink and bounce are similar in what they do (temporarily remove permanents from play), the way they do so makes a huge difference. Blink brings back the permanent right away, lending itself to easier infinite combos, whereas bounce will typically return cards to hand, so they need to be re-cast. [Card]Ghostly Flicker[/Card] captures the essence of flicker, and [Card]Evacuation[/Card] provides a great example of bounce. Wheel is another theme with no other home, and is personified by [Card]Nekusar, the Mindrazer[/Card]. Forcing opponents to take damage when they draw cards, and making them draw a lot of cards by resolving [Card]Windfall[/Card] and similar. Fighting is another theme that can be a lot of fun in Commander, especially if your creatures have deathtouch. As a bonus you’d get to run [Card]Savage Punch[/Card] and [Card]Epic Confrontation[/Card] which have some sweet art.

How a deck “feels” can really impact how fun it is, and decks in this meta-theme tend to play a little different. We also see some of the most unique to Commander themes in this set. If you’re going to build a deck with one of these themes, I’d caution you to consider how it will feel to be on the receiving end, as some of these are quite oppressive, and can be frustrating to play against (so you may be having, but three others at the table may not).

These themes make up one-tenth of the overall decks, with Aristocrats and “lands matter” strategies being the most popular. For a look at an Aristocrats deck, check out this build. [Card]Ad Nauseam[/Card] warps the way you play so much that there are Commander decks focused on this single card. Paying life instead of mana to do things like draw cards is extremely powerful, and it’s one of the reasons that Phyrexian mana is seen by many to be the most busted mechanic in all of Magic. Group hug/group slug decks focus on helping opponents — typically with additional card draw, additional ramp or using some chaos elements to let opponents cheat mana costs. Eventually a group hug deck needs to win, so the aim will be to even the playing field until you can pull ahead or outright end the game with a finisher. Group slug may use some group hug elements with a tax added ([Card]Seizan, Perverter of Truth[/Card]), but this strategy mostly focuses on doing a bit of damage to everyone, grinding the entire table down.

While prison and stax exist in other formats, I wanted to briefly touch on them here since they change how the game is experienced for others. Both of these themes try to slow down (via [Card]Smokestack[/Card], etc.) or stop (via [Card]Meekstone[/Card]) your opponents from playing Magic. Stax and prison effects are typically on artifacts and enchantments, and their own resolution often makes them harder to remove. Because of this, it’s very easy to feel locked out playing against a stax or prison player, since there’s nothing to do, unless the proper removal is top-decked. Multiple turns of frustration can lead to heated emotions, which can make for an uncomfortable play experience in some cases. If you enjoy playing prison or stax, it’s best to communicate, so others can make an informed decision before they decide to play. Similar to stax and prison, but softer and often more palatable, pillow fort can provide some of the safety without the bad feelings. Pillow fort strategies make it harder for opponents to kill you, without limiting their ability to play the game as a whole. [Card]Pramikon, Sky Rampart[/Card] exemplifies this, by making it so you can only be attacked by one opponent. I’d also be remiss to exclude a brief overview of chaos, which aims to make the game as twisted and zany as possible — swapping permanents, resolving [Card]Warp World[/Card] or [Card]The Great Aurora[/Card] and just adding as much entropy as possible.

Building around keywords can be a lot of fun, especially when you’re stringing together multiple keywords into a colloquially known “keyword soup” (a la [Card]Odric, Lunarch Marshal[/Card], [Card]Soulflayer[/Card] or [Card]Rayami, First of the Fallen[/Card]). Decks can start to be really unique when combining several keywords in new ways. Obviously, there are more keywords in Magic than just those listed below, but these are the ones that appear as themes on EDHREC.

Since keywords are so pervasive, there aren’t any specific to Commander themes to cover, but there’s a lot of room to build a theme based on keywords (check out my Marchesa Deathstrike list here). With over 160 unique keywords, if you were to build decks with three unique keywords, you could build over 600,000 unique decks. Some of these wouldn’t make sense, but you could make a Madness Horsemanship Bushido deck if you really wanted.

With upwards of sixty unique themes listed on EDHREC, there are plenty of ways to build your deck. This list isn’t exhaustive either, so there may be a theme that you come up with that no one else has before (or at the very least, very few). I’d argue that the best approach is mixing themes, taking two or three unique ones and jamming them together can lead to some really interesting gameplay. Sure some will be duds since the strategies may be too different, but you could do something like a Big Mana Lifegain Spellsling deck where you focus on casting X spells that gain you life (I’d recommend trying it in Abzan). Or maybe something like Prowess Enchantment Clones. You could focus on building your deck around any of these meta-themes and it can still be your own. Just because someone else has built a deck with the same theme as yours, doesn’t mean that it’ll play the same. A theme can help tie your deck together, but the individual cards you pick will still be your picks, and they’re bound to differ from others based on your own play style and why you play Commander.

The possibilities are truly endless.