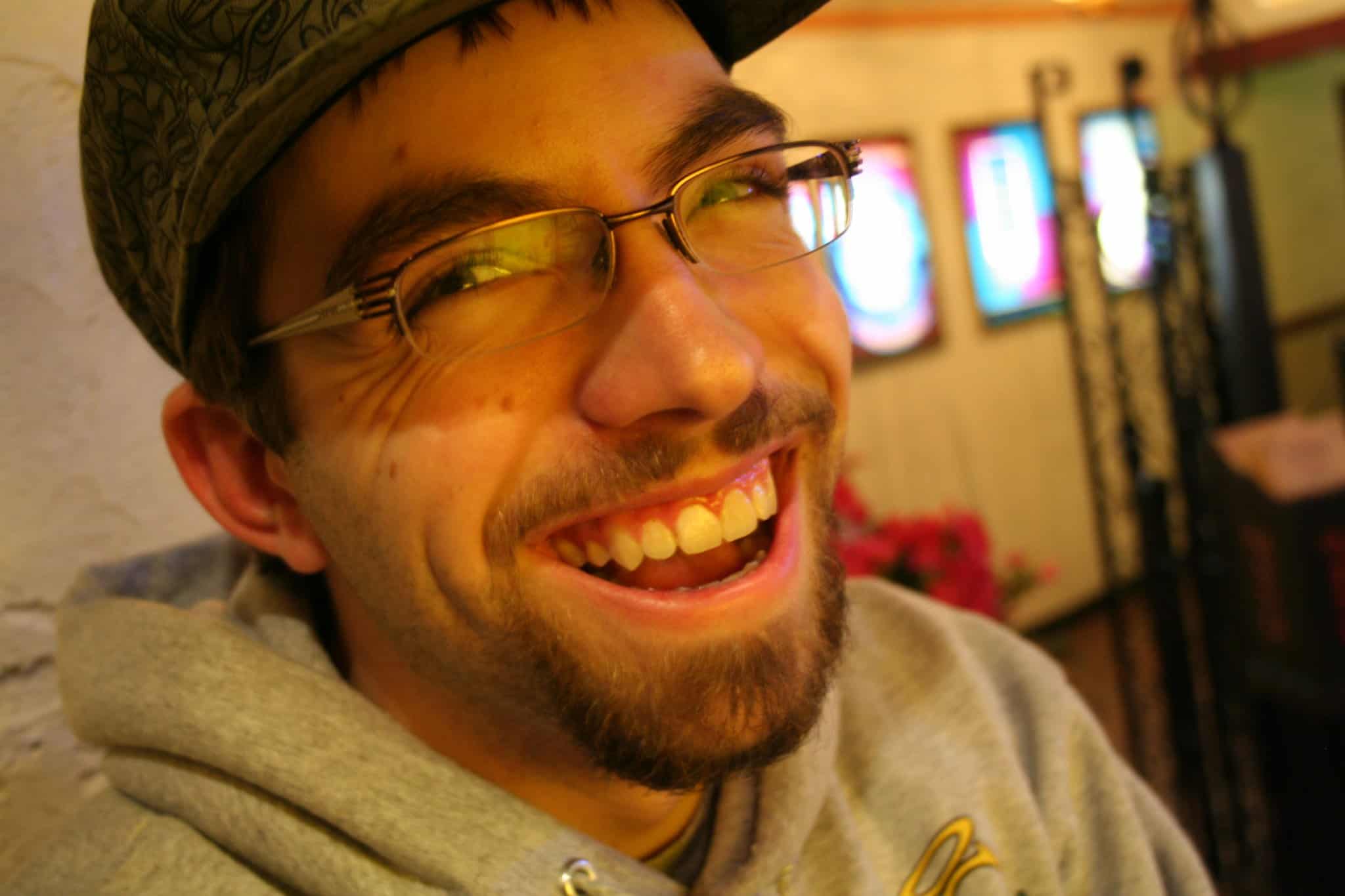 Many people seem to think of their sideboard as an afterthought, to be hurriedly thrown together minutes before the event begins, rather than an integral part of the deck.  In any tournament, however, a minimum of 50% of games are post-sideboard, so having a properly constructed and fully thought-out sideboard can be instrumental in any success.  The sideboard can fill holes in your strategy against decks prepared to take advantage of them, bring in additional support against strategies that require it, or even allow you to change your game plan to dodge expected hate and attack from another angle.

While cutting the last card or two in the maindeck can be a difficult task, it is often even harder in the sideboard due to the smaller number of card slots available.  There are only fifteen slots available that have to be used to effectively fight against the field, anywhere from three to a dozen or more decks depending on the format.  That means that every card in the sideboard must be well-chosen, or it could cost you the tournament.  To help trim the fat I always ask myself a few questions about any possible sideboard card.

1) What weakness does this card defend against?
Any deck has weaknesses that can be exploited.  Sideboard cards are there to help you shore up your defenses.  Some decks are weak to targeted discard, some to board sweepers, some to early aggression.  The important thing is to understand what the weaknesses of your deck are and how opponents may attack them, and what you can do to defend against their attacks.

Valakut, for example, is weak to counterspells or targeted discard on its early mana producers to slow down its explosive starts and make it play fair.  When playing against UB Control, many Valakut players are sideboarding in [card]Precursor Golem[/card] because it is a threat lower on the mana curve which can help if their mana is being attacked, and it is also immune to the [card]Spell Pierce[/card]s UB will often have either maindeck or sideboard for Valakut, as well as any sideboard [card]Flashfreeze[/card]s.  [card]Precursor Golem[/card] allows Valakut to defend against both its mana being disrupted and the expected additional counterspells from the control deck.

2) Does this actually matter?
In a game as complex as Magic, it is easy to be fooled about what matters in a given matchup. Straw men abound.  It is not hard to be distracted by almost any deck into chasing after something that seems important, but is actually irrelevant.

One of the most common things I see players confused about is the importance of [card]Jace, the Mind Sculptor[/card] to blue decks.  While Jace is certainly an important part of many decks, he is not a central pillar that will bring the entire deck crumbling down should it be removed.  This is not how it actually works out.  If Jace is removed from a deck like CawBlade, it will still function well.  It can still easily put a game away with other means such as [card]Gideon Jura[/card], [card]Celestial Colonnade[/card], or [card]Squadron Hawk[/card]s+[card]Sword of Feast and Famine[/card].  Stripping cards from an opponent’s deck that they may not have even drawn through the course of the game is not an effective use of either four mana or a card when they have viable, realistic alternate win conditions.

Another example of a Straw Man in standard is [card]Kor Firewalker[/card] against MonoRed.  [card]Kor Firewalker[/card] is certainly good against MonoRed at buying time, but only the worst MonoRed players are going to scoop up their cards in the face of a Firewalker with no support.  They can fly over for a huge chunk of your life per hit with a [card]Kargan Dragonlord[/card], ping you to death with mountains after ultimate-ing a [card]Koth of the Hammer[/card], or use a [card]Spikeshot Elder[/card] repeatedly even when attacking is not profitable.  While good, you can not expect a Firewalker to end the game by itself.

This is most easily avoided with sufficient playtesting.  When you have played with or against a deck enough you can discern the truly relevant pieces from the supporting cast that can appear to steal the show.

3) Is this a small upgrade or a true change?
When sideboard slots are at such a premium it is important that every one is a significant change.  It should be a substantial upgrade over what is being taken out of the maindeck.  A small change, such as changing out a [card]Harrow[/card] for a [card]Cultivate[/card], is not worth a sideboard slot.  Changing a [card]Mana Leak[/card] for a [card]Negate[/card], a [card]Grasp of Darkness[/card] for a [card]Disfigure[/card], or other similar small upgrades are probably not worth a slot.  Against some opponents, they may be superior cards, but they are similar enough that it is not using such a limited resource to its full potential.

A sideboard slot is better used to give your deck the capability to do something it previously could not do.  This may be adding cards better suited for the late game in an aggressive deck when the opponent will be bringing in enough quick removal that the original, quick plan will not succeed, bringing in graveyard hate like [card]Tormod’s Crypt[/card] against graveyard-based decks that were completely lacking previously, or siding [card]Jace Beleren[/card] to kill an opposing [card]Jace, the Mind Sculptor[/card] without needing to play your own Jace, TMS.

4) Is not having this an acceptable risk?
In current standard, there are only a few tier one decks, but there are a large number of possible opponents, at least in the early rounds of any tournament.  Kuldotha Red, Elves, WW Quest, WG Quest, MonoRed, RUG, BUG, CawBlade, UW Venser, Boros, Valakut, MonoGreen Eldrazi, UG [card]Genesis Wave[/card], and more are all reasonable decks for any opponent to be playing.  Many of these, however, are not worth sideboarding against specifically because they are not significant portions of the metagame.  UG [card]Genesis Wave[/card] is a powerful deck that can take an unsuspecting opponent by storm and not knowing how it functions or having a plan against it would be a mistake, but it is not worth sideboarding any cards against it that are useless against other decks because you could easily play a dozen tournaments without facing off against it once (I can’t actually think of any cards to sideboard that are good against UG Wave that are not good against any other decks, but I hope you get my point none-the-less).

If a deck is powerful enough to destroy whatever you are playing with but only 5% of the metagame it can be correct to not sideboard anything against it and roll the dice hoping to just not play against it. A good example of this is Dredge in Legacy.  To effectively fight against Dredge a minimum of three or four cards are required if you are playing a deck with a swift clock such as Zoo.  If your deck is slower, more cards would be necessary because Dredge is resilient enough that a single [card]Tormod’s Crypt[/card] effect will only slow it down for a few turns.  For decks like [card]Counterbalance[/card], five or more cards can be necessary to cripple the monster that is Dredge, making fighting it very expensive in terms of sideboard slots.  I personally never sideboard cards for Dredge alone when playing Legacy because it seems an acceptable risk to go without, even though I know if I do play against a Dredge deck I will almost surely lose.

5) How does this change my game plan?
Adding a few creature removal spells for a creature mirror isn’t going to change the game plan much, nor is bringing in an extra counterspell or two for a control mirror.  Some sideboard cards, however, are important enough they radically change your game plan.  Something like a [card]Leyline of the Void[/card] against a graveyard deck or an [card Ulamog, the Infinite Gyre]Eldrazi[/card] to avoid decking in a painfully slow control mirror, however, can alter your plan for the game entirely.  If you are bringing in [card]Leyline of the Void[/card]s against a graveyard deck, you are probably going to want to mulligan until you see them, and knowing that you have an Eldrazi in your deck for a control mirror will let you know from the onset your plan is to deck the opponent even if you do not draw it in your opening hand.

Not every card in the sideboard needs to change your game plan to warrant its space.  Many cards in any sideboard are creature removal, counterspells, or additional threats that are not game altering but are none-the-less important.  Some cards, however, such as essential early cards like Leylines, late game cards that grant inevitability, or transformational sideboards can change your plan for the match entirely.

2 thoughts on “Five Questions to Ask Your Sideboard”