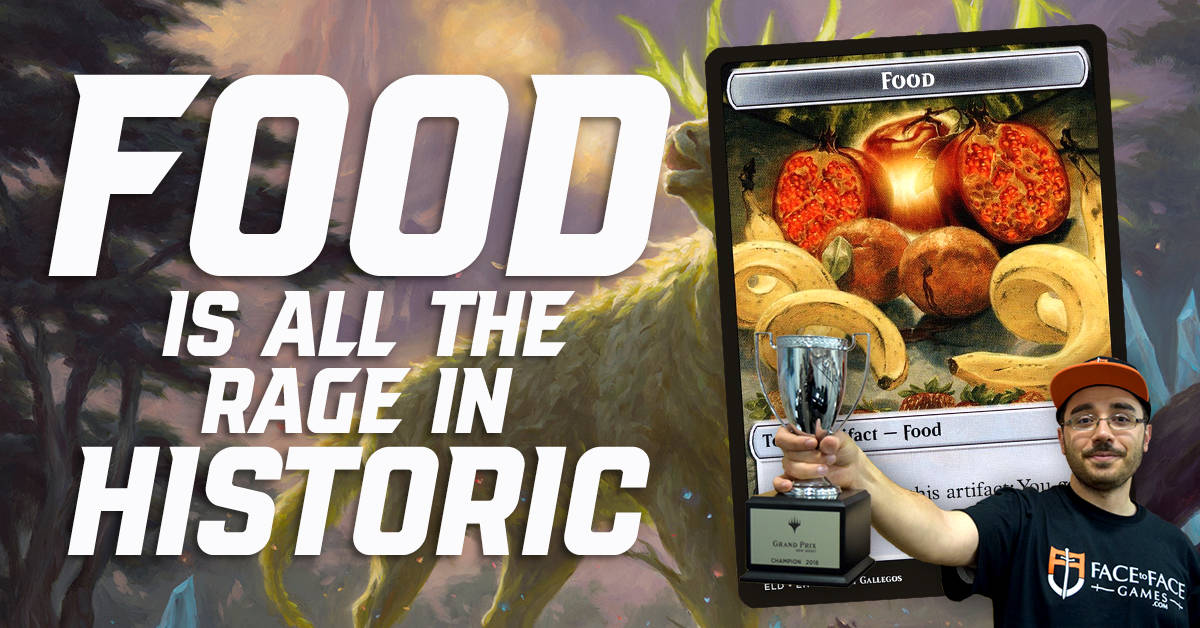 Before I get into this great new twist of an idea, let me state that its irrevocably not my idea. The credit all goes to Cho Jaeseok, who posted it to Twitter on their account. The deck is Jund Food in Historic but unlike previous iterations. This list cuts the Claim the Firstborns and Woe Strider for Fatal Pushes and Thoughtseizes (arguably two of the most powerful cards printed at one converted mana cost).

What this does is gives Jund an angle to attack Yasharn in Fatal Push and is better equipped to combat control lists with Thoughtseize. It’s no secret that Sultai is top dog right now in Historic. All the data points to it being so. Having Trail of Crumbs is a nice way of out-“card advantage” Sultai opponents so long as you can prevent them from having one of their two engines accumulating value (Nissa or Uro).

The beauty of being on Jund right now is Paradox Engine combo is all over the internet right now and messing that up with the inherent ability of Mayhem Devil is value you cannot buy. That matchup is already quite solid but our sideboard also has cards coincidentally good against them in Reclamation Sage and Embereth Shieldbreaker that are normally meant to answer Grafdigger’s Cage.

In case anyone is unfamiliar with Paradox Engine or wants to see my cool twist on the deck, here’s that list:

The deck utilizes Emry and Paradox Engine to draw the deck and add infinite mana. Emry targets any artifact and playing the artifact with Paradox Engine out untaps Emry and additional mana sources. This lets you loop the process as often as you like. Eventually killing the opponent by tutoring the Aetherflux Reservoir out of the sideboard.

An inherent flaw in earlier lists was that Emry was necessary to win, but as the deck has developed further and further. Excellent advances like Ancestral Statue and Escape the Wilds were come up with by excellent innovators.

With Karn, the Great Creator lists, you need two mana rocks, a Kinnan, and a Paradox Engine. This allows the Karn to be essentially free to cast because the mana rocks add two mana each with Kinnan. Then untap thanks to Paradox Engine. Step two is grab Ancestral Statue which also costs nothing since it also costs four mana. Bounce Ancestral Statue with its own ability repeatedly to get your storm count very high. Then use Ancestral Statue to bounce Karn, the Great Creator. Upon recast tutor up Aetherflux Reservoir and then cast any spell to gain tons of life and finish off the opponent.

I may have gotten off track with a sweet deck. Let me get back on track. This is a good opportunity to roll out the main Decklist:

Other than Fatal Push not a lot has changed with the new set on Arena. What we are seeing is format shifts that position this deck nicely. Due to the maneuverability of Goblins and powerful effect of Muxxus, I might list that as one of the weakest matchups. We do have four nice sweeper effects in the sideboard to try and help combat that method.

Cho managed to pilot this list to the #2 spot in Mythic on Arena. With good reason but I’m sure also good play. These decks tend to have lots of little interactions that it may be best to familiarize yourself with. Sideboarding strategies are always important but I might argue even more important with a deck like this. You’ll want to keep the basics intact, avoiding cutting away too many food enables while leaving in Trail of Crumbs. Even just boarding in too much removal and not having enough threats can disarm your decks potency. Shieldbreaker or Reclamation Sage are to be brought in on a case-by-case basis if we suspect Grafdigger’s Cage or other situational cards.

Vs Aggro
In- 1 Bloodchief’s Thirst, 2-3 Witch’s Vengeance, 1 Languish
Out- 3 Thoughtseize, 1 Citadel, and some number of Trail of Crumbs

There are a million and one decks in Historic so the sideboard guide is kept brief. I recommend lots of reps so you know how to stack Korvold Triggers properly. Proactive mulligans are extremely important in generally but more so here. You cannot expect to win keeping four lands and 3 Cauldron Familiars in an opening hand. Spell diversity is also quite important. Even repeated copies of Korvold or Trail of Crumbs tend to cause clumping issues.

Figuring out how to play around Maelstrom Pulse and Thoughtseize is the next level you’ll get to when you play this deck a lot. Mayhem Devils are the clutch card to the mirror. If you board out too many Mayhem Devils and are boarding in Bolas’s Citadel’s, then you won’t be able to kill the opponent in the same turn in most circumstances. That’s all for now, but thanks for reading and check in again next time!