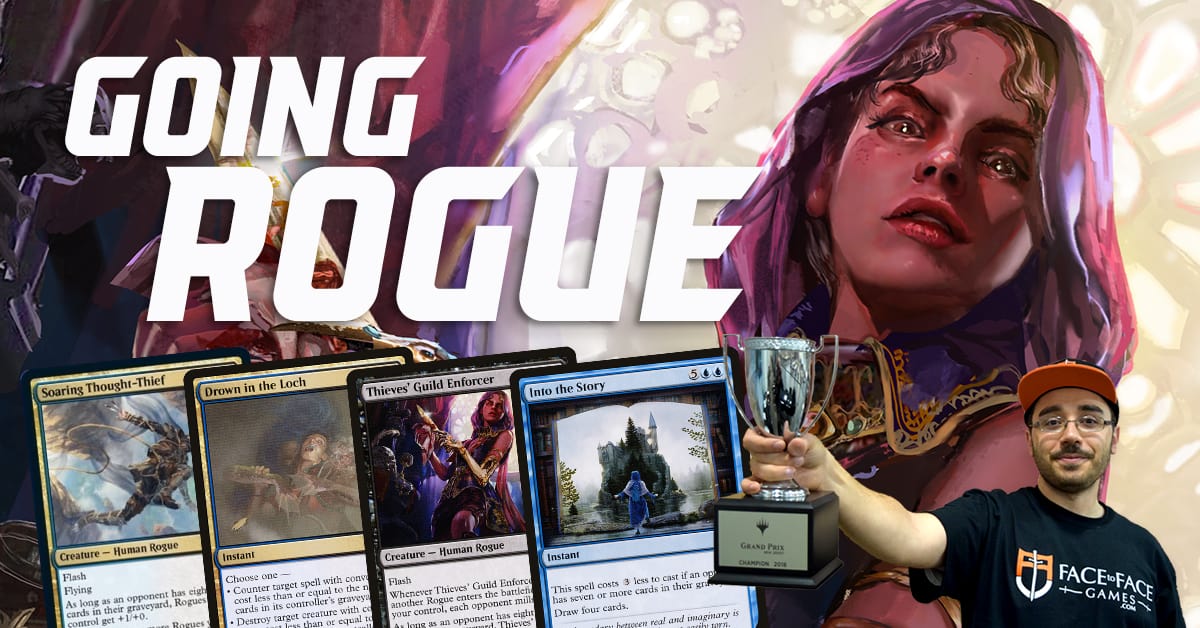 Let’s jump into the list before we discuss this time:

There’s been a lot of ways to build this deck. Common aspects amongst all the lists have been that they are both Blue and Black. They share a similar base of mill aspects and Drown in the Loch. One thing I am doing a little differently here is I am focusing more on the aggressive and controlling elements of the deck. Not as much on the milling aspects.

Ruin Crab has been popping up more and more in a lot of these decks. I felt that it wasn’t quite right for the mirror and with everyone playing 80 cards in their deck nowadays, I wanted to be more focused on doing other things.

I am not exactly in love with Vantress Gargoyle, but there’s a threat density that must exist in a deck like this, to which it does the job as good as any other card available to us in Standard for the moment.

There’s also a lack of recursion from Call to the Death-Dwellers and even only a single copy of Agadeem’s Awakening. This is mostly because Castle Lochthwain is so good and I wanted enough Swamps to increase the likelihood of it coming into play untapped. Also, an unnecessary three damage can certainly cost you in some matchups.

The few one off’s in the deck are mostly to take advantage of open decklists, which is a necessary thing in the more competitive tournaments online nowadays. Although each card likely deserves consideration and inclusion. Any one of them can be drawn at the wrong time and hence the spread to try and diversify repetitive bad draws.

Rogues is extremely powerful in Standard at the moment. Attacking decks on multiple aspects in the format. If you enjoyed playing Delver decks in Legacy, then I think you’ll enjoy playing Rogues in Standard as well.

You’ll want to capitalize on mana utilization, card advantage, long term strategy development. Setting up traps is another important part. You’ll want to know the interactions between spells quite well. Be observant of graveyard size and how it impacts your spells. Proper sequencing can easily be the difference between a win and a loss with Rogues.

That being said it’s a deck with an extremely high skill barrier, so if you are just starting out, it’s actually a great deck to improve your skills on. I wouldn’t be dismayed at not winning with it yet and instead focus on the learning that a deck like this can provide.

Even though Lurrus is the companion, this list has a sweet sideboard plan. I can’t take the credit for it, but I will share how you’ll sometimes convert the deck post-board. Shark Typhoon is the important card that violates the companion mechanic. What I find especially funny is sometimes you’ll board in Shark Typhoon and Lurrus together. This is done when you want to increase the threat density of the deck.

There are other games where you’ll take out your threats altogether, converting into a more Dimir control type of deck. In these setups you’ll often need to resolve a Shark Typhoon instead of cycling them all in order to overcome a massive amount of removal spells that many people sideboard in against Rogues.

These strategies can catch your opponent off guard but be sure to keep changing up the strategy to evolve with everyone else. Otherwise they may see it coming and you get caught without the right resources at the right time.

Against decks like Rakdos that abuse the graveyard already, I have a very sweet sideboard strategy. Like before we are bringing in the Shark Typhoons and trying to resolve one. The other difference is I am typically boarding out the cards that put additional cards into the opponent’s graveyard. This effectively means we are no longer feeding their Ox of Agonis “Hate Card” sideboard plan.

They feed their graveyard enough to funnel our important spells like Drown in the Loch and Into the Story. So, we rely on them to do our “dirty work”, while getting to abuse our spells and then work towards a long-term game plan that involves us controlling the battlefield as well as graveyards.

When you go really threat light it’s important that you do not make several common mistakes. Silundi Vision must stay in. It’s really important that you resolve several Into the Stories for the plan to all come together. We need to find them with Visions quite often in the post-board configuration.

Of course, do not board in Lurrus if you are boarding out all your recursive targets. I assume it doesn’t need to be said, but just in case a three mana 3/2 with lifelink isn’t all that impressive.

Tormod’s Crypt is a special piece of tech I am quite fond/proud of. This card effectively counters a Drown in the Loch by changing your own graveyard size to zero. In addition, it resets their base graveyard requirements on cards like Into the Story while also serving as an answer for Call of the Death-Dwellers or Agadeem’s Awakening. The best part is it costs zero mana, which gives it that Force of Will feeling without having to sacrifice card advantage in the process.

So that’s the meat of it. Don’t go into a tournament cold with this deck. You’ll want to get the ins and outs down pretty well first. If you have Legacy Delver experience, I think it actually ports over quite well, but not enough that you don’t need a few practice matches. Best of luck in your battles and thanks for reading!