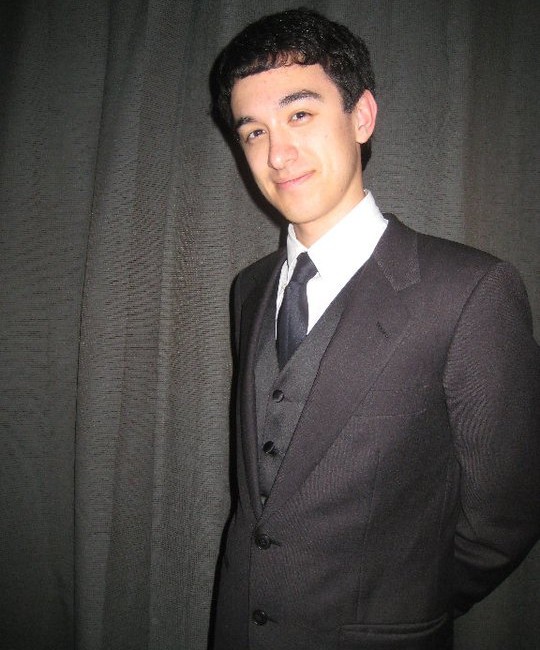 Rules knowledge is an extremely powerful weapon if you know what you’re doing. It allows you to know what rulings will be before a judge arrives, know what plays are legal, and know how to use communication to your advantage. In the end, it can mean the difference between a win and a loss.

Because I need an interesting quote in each of my articles, here is the one I chose for this situation:

The answer to this question? Yes, this is exactly what is required: a balance between knowing the rules and being a good player.

Just being a judge isn’t enough and can lead to some rather awkward circumstances. A recent example of this is comes to mind. There was a mistake by a judge (this was somewhat publicized, so you may already know about it) about a ruling he made that seemed correct but was actually incorrect because it was an exception to a specific rule about a card becoming different types (hint: This involved [card]Inkmoth Nexus[/card], [card]Tezzeret, Agent of Bolas[/card] and [card]Tectonic Edge[/card]). Most players who are “good” at Magic and have a decent working knowledge of Standard would have known the correct answer immediately. So, this is all about balance. It doesn’t help if you know all the rules but aren’t “good” whereas when you’re “good” and you know the rules, then you can be great.

Here are some examples (I could give more, but I’m lazy):
– Luis Scott-Vargas, widely regarded as the best Magic player in the world, also used to be a judge (yes, past tense because he’s now pretty busy doing incredibly well on the Pro Tour and Grand Prix circuit).
– Simon Görtzen (winner of PT San Diego last year) is a judge.
– A L2 judge in my general area who has won two PTQs in the last three seasons (including this one).

Now, I know these are isolated examples but when you start digging then you’ll discover an entire world of judges who are great players. So, go out and read the game rules and the Tournament rules and become a better, more knowledgeable player.

Some Outdated Interactions and Tricks
I’d like to think that what follows are examples of exploits available to a player if they know the rules of the game, allowing them to maximize their ability to win without breaking the rules.  Disclaimer: If you try the following exploits, I can’t guarantee they’ll work because you’ll have to say the right things to the Judge. So quoting my article with what I think you should say should work unless they ask further questions (all of which will be very answerable IF you know the rules). Oh, and most of these tricks only work once per encounter with that person, so make them count!

So, back to how does having a good knowledge of the rules (a.k.a. being a judge) help you play better and make fewer mistakes. We’re going to cover some interesting interactions in Extended (these can be ported over into any format with similar effects) and Standard where you can use rules knowledge and communication to your advantage. You’ll be able to find tricks like this yourself as you get better with the rules (these are just some examples of not so current interactions).

I was at a PTQ about a month ago and I was playing against a good friend of mine (also a judge and also a chess player) who was playing the Extended Caw-Go deck and I was on Jund with [card]Bitterblossom[/card]. Ahh, [card]Cryptic Command[/card] is such a complex card if you have man-lands and you want to get to attack with something; sadly I made a mistake but still took the match. The mistake?
Me: Animate [card]Raging Ravine[/card]. Combat?
Him: [card]Cryptic Command[/card]: Tap your Team and Draw.
Me: Ok.

So, I didn’t get to attack. Immediately after this happened, I knew what I should have done because I know how [card]Cryptic Command[/card] works even despite playing close to zero Extended and didn’t play Standard when Cryptic was legal. So, what should I have done?

Not animate [card]Raging Ravine[/card] because if he had cast Cryptic then I could have let it resolve then animate Ravine and attack.

To explain, when I say “combat,” unless my opponent tells me specifically he/she wants to respond in my Main Phase, we move to the Beginning of Combat Step when he casts a spell or activates an ability, which is when I got hit with Cryptic because it’s the last time that it can be cast to stop attacks by tapping my team. But, after it resolves, we’re still in the Beginning of Combat Step and I have Priority (learn Priority everyone, it will save you at some point in Magic) which allows me to animate [card]Raging Ravine[/card] then go to Declare Attackers.

This came up in Standard at the ChannelFireball 5K a month ago. I had 4 lands and a [card]Raging Ravine[/card] (with a [card]Stoneforge Mystic[/card] in hand along with an [card]Arid Mesa[/card]), I animated Ravine then said “May I go to my Beginning of Combat Step?” His response was to [card]Lightning Bolt[/card] my Ravine. However because I phrased my statement correctly (for my purposes), I tapped my Ravine for mana, let Bolt resolve, then played my [card]Arid Mesa[/card] into my Stoneforge and got a sweet equipment (I am aware of how bad my opponent’s play was. That does not change the fact that even against good players you can force situations that you can take advantage of).

Now, hopefully you already knew about the previous interaction, or you start exploiting it more. I know I will at my next PTQ. Oh, you can also likely mind trick them if you have stuff you want to equip to your Land once it’s a creature by saying “May I go to the Beginning of Combat Step?” they will likely Cryptic Command your team (though with Extended season ending it will likely be a [card]Tumble Magnet[/card] in Standard) “IN RESPONSE” to you trying to move to the Beginning of Combat. If this happens, you can animate your Land, equip and bash because you’re still in your main phase (or you can move the Sword to a different creature). Make sure that you know what to say when your opponent calls a judge on you. This is a trick I would only try if I knew how to explain it to a judge because your opponent will call you out on this.

2 – Precedent and [card]Demigod of Revenge[/card]
[card]Demigod of Revenge[/card]. Many know about the infamous “trigger” where you counter it and it comes back. Smart players will always play around this but you can trick some other players. Here’s the scoop: if they don’t specify when they are countering [card]Demigod of Revenge[/card], then it is assumed to be in response to its trigger, so it’ll come back. This only works once though, because it only works if your opponent didn’t set a “precedent” earlier in the match by saying “I’ll counter after the trigger resolves.” If this happened then you will not be allowed to use this trick. Again, please make sure you know what to say to the judge when your opponent calls them over and tries to get all of this overturned.

As a side note, Precedent also applies to making Tokens off of [card]Hero of Bladehold[/card]. If the first time I do it I stack the triggers so that my tokens get made and then Battle Cry resolves then that’s how it will be for the rest of the match unless I specifically say something. I can just say “attack, triggers, get my guys” or something of that nature.

3 – Who Has to Attack What Now?
On that note, just a public service announcement to all of you: if a [card]Gideon Jura[/card] uses it’s +2 ability and you have [card]Hero of Bladehold[/card] then you can send the tokens that are made by its ability wherever you want (at your opponent’s face, at their Gideon, or at a different Planeswalker). I hope this is useful to some of you.

Well, this article getting to be too long right now so I’d better stop writing new things and wrap things up. Please feel free to yell at me with rules questions or things you want me to talk about in my next article. I’ll answer any rules questions that won’t be in my next article in the comments. Also, yell at me in the comments if I wasn’t clear on something or you want me to go over it more.

The nice judge and the mean player,
Alaric Stein
@PlatypusJedi on Twitter