With the final tabletop Mythic Championship aka Pro Tour — won by one of the hottest players over the past year, Ondřej Stráský — we say goodbye to the pro system as we have known it for roughly two decades.

Despite the format being fairly stale, resulting in the most homogenous Pro event on record, the games were quite involved and skill-testing. I also thought  the Limited format was quite intriguing. A whopping 69% of the field playing Gilded Goose, Breeding Pool and Oko, Thief of Crowns and 63% combined them with Hydroid Krasis and Nissa, Who Shakes the World. Six of the Top 8 and all of the Top 4 competitors chose this configuration leading to a much needed shake up this week. Special congratulations to my teammate Eli Kassis on his first Pro Tour Top 8 despite deciding to go against both our team’s and the community’s consensus and register Golgari Adventures rather than Oko. 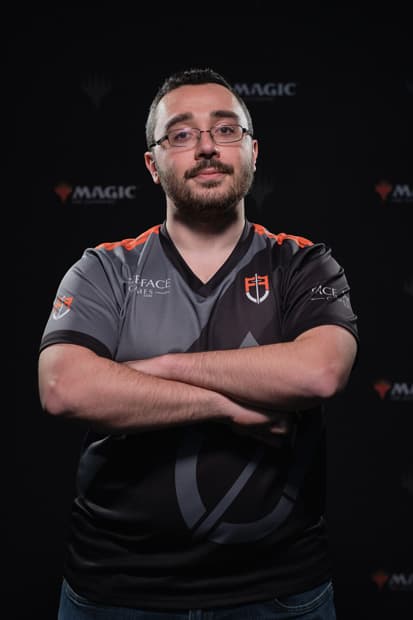 The new year will carry with it a whole new pro system, but before diving into that I’d like to discuss where we came from.

A Brief History of Pro Play

Pro points, first awarded at the first Pro Tour held Feb 16-17, 1996  in NYC, have been officially retired as of June of this year. Congratulations to Shuhei Nakamura on being the all time pro point earner with whopping 776 points!

At first this system was used as a simple tracking system to honour the top players for a given year. In the 2000-2001 season the points began having monetary value and provided  special invitations to a tournament series created to exist along with the Pro Tour called the Masters Series where only the top pro point players were invited. This was really just as a way to pass on cash to their consistent players and keep them invested.

After a few years this system was deemed overly elaborate and WotC began paying out directly to the top 50 pro point finishers each year. In 2005 the first pro player system was introduced and it provided  invitations and payouts on a per event basis. While the system went through many iterations it eventually became eight levels — simply labeled as Levels one through eight. The lowest level provided byes at grand prix, the mid levels offered Pro Tour invites and the highest level provided invites, air fare, hotels and appearance fees to all Pro Tour events. Levels were calculated on a yearly basis and would lock in for the following year.

In 2012 the eight levels were simplified and re-branded as three levels: Silver, Gold and Platinum, but the general structure was kept. Roughly speaking Silver was equivalent to level 3-4, Gold 5-6 and Platinum 7-8 while levels 1 and 2 were rendered unnecessary with the simultaneous roll-out of the Plansewalker Points system.

In 2017, two major changes were introduced. The first was the lowest level of the pro club being re-added and labeled as “Bronze” status, providing qualifications to the Regional PTQs. The second was that the pro system would begin to work on a three month cycle. Rather than calculating pro levels every 12 months looking over the past year, status would be recalculated every three months locking in a level for six months rather than 12. While this system created more turnover it also helped players jump into the pro club at any time. In the previous system qualifying for the first Pro Tour of a season was much more valuable than the last. A good finish at that Pro Tour would allow a player to begin jumping “on the train” using points from both events to potentially hit Silver status and qualify for the third. This was now possible regardless of which Pro Tour a player started playing in.

Finally we get to the end of 2018 where magic organized play announced their entry into esports. Magic tabletop play would be combined with Magic Arena events. Along with a much greater focus on the top echelon of the game now named the Magic Pro League aka the MPL.

This past year has been a transition year where Wizards of the Coast (WotC), had unveiled a new plan for the top of organized play at the end of 2018: the Magic Pro League. Despite this exciting news for these 32 players, WotC had failed to describe the system underneath, and spent the rest of the year scrambling to ensure there would be a suitable system in place to support the players vying to enter the MPL. WotC had essentially described anyone not in the MPL as “Challengers” riding on the previous pro system to provide those players with consistent qualifications to the Mythic Championships (rebranded Pro Tours). This left players in limbo, unsure of exactly how their current finishes would affect their ability to continue player professional magic or their path to the MPL.

At the end of August we were finally greeted an announcement describing the new system. The most dramatic change was the implementation of a two-tiered pro tournament — again being rebranded from Pro Tour to Mythic Championship and now to Players Tour. The first tier of the Players Tour would be split into three regional events with the goal being roughly 1200 players qualified worldwide and the Players Tour Final being an international event — and the more direct replacement of the Pro Tour with roughly 120 qualified players. 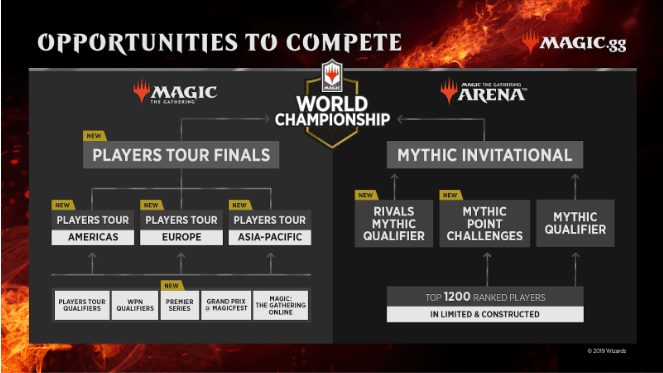 In addition to the tabletop play, there are another stream of event qualifications through Arena. Both events types feed the Rivals & MPL leagues and the world championship, but are otherwise kept completely separate. For the purpose of this article I’ll focus only on the tabletop side of things.

The simplest way to describe fractional invites are that they are a new version of Pro Points that are used only for determining qualifications and have no bearing on pro play such as joining the Rivals or MPL leagues. Fractional invite percentages are currently given out at Grand Prix and Players Tour events with the expectation that they will also be given out at PTQ level events starting in mid 2020.

One major concern directed at these recent changes to the pro system has been Grand Prix losing their importance. While MPL and Rivals level players will no longer have a need to play Grand Prix events, fractional invites ensure that any player looking to qualify for the Players Tour and take the next step in pro play, will naturally look to Grand Prix events as the place to start. While in previous years Grand Prix provided supplementary points to all pro players, they are now able to provide qualifications much easier. Previously to acquire an invite from Grand Prixs only without a Top 8 would have required 20 points to gain Silver status and an extra PT invite. With three points provided per 12-3 finish that would have required seven such finishes in a single year — a nearly impossible feat.

In the new system a player can qualify with as few as three or four good Grand Prix finishes. Two 12-3 and one 11-4 finish or four 11-4 finishes over an eight month period would be enough for a regional Players Tour qualification. Additionally, a grand prix Top 8 qualifying for the next PT, along with another one or two good results leads to a second PT invite. This system makes it much easier to acquire a second or third PT invite. Staying on the train has become much easier!

The second aspect of this system is that it rolls over every four months and looks back over the past 8 months. Player’s can even double-up on invites if they acquire enough points in a three month period. In the old system a player acquiring Silver status would only be able to use that invite once per year, here they can quickly begin chaining multiple invites together without this previous.

You know I had to add a little math into the article.So, If you want to qualify for a regional Players Tour, how many Grand Prix would you expect to play? Well, that will depend on your win rate. For the purpose of this exercise I’m going to assume a player pushing for qualifications has two byes. It is rumoured that GP byes could disappear in mid 2020, but that has not been confirmed and this will still be accurate for the first half of 2020.

Now, this is assuming not having a PT qualification to begin with. The regional PTs provide a heftier amount of fractional invites. I’ve done a similar set of calculations to come up with these rough numbers:

Something to consider is that I’m making an assumption that a player’s win rate stays consistent between rounds of all events. If we’re using a player’s overall win rates the results should be roughly consistent, but in general, a player’s results will regress as their competition begins to match them.

In addition to the expanded fractional invite qualifications, WotC has also greatly expanded access the PTQ level events. They have now partnered with tournament series organizers such as SCG and F2F where the winners of their tournaments are granted PT invites. In addition to these larger events, advanced WPN stores are also being granted PTQ events at a much higher rate than they had been previously. Once fractional invite values have also been added to PTQ level events there will be even more possibilities for players to top up the fractional invite levels and committed players shouldn’t have too much trouble to stay qualified for regional PT level events.

After a rocky year I believe WotC has finally got to a reasonable spot with their organized play program. At the last Pro Tour WotC also announced that all current Silver, Gold and Platinum players will also be grandfathered into the system with an invite to the first regional PT event.

For me personally, I believe this is a solid system, but In 2020 I’ll be unable to attend the first regional PT in February. My wife and I are expecting our first child just a week before that event. My hope is to get that invite deferred until the second regional PT in May. From there we’ll have to see how much I can continue playing, but if I can keep my win rate up and can commit to three-plus GPs per eight months I’ll hopefully be able to keep playing premier level magic. For now I’ll be taking a break until I hope to play GP Detroit at the end of March.